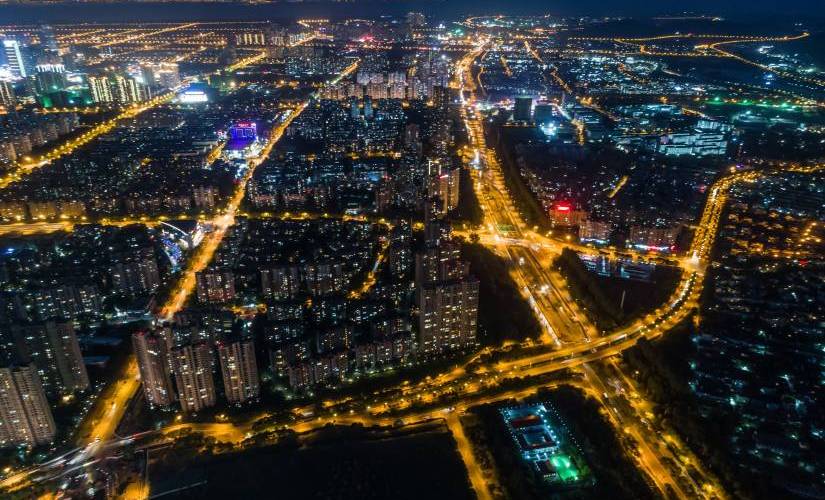 Modern technology and urbanization have resulted in a lot of significant developments out there. The smart cities are the new name for the cities equipped with the latest technology. A smart city is a place where the people live a well-organized and sorted out life with the assistance of information and communication technology. Here’s how IoT will play an important role in traffic management for smart cities.

The citizens in smart cities use technology to the fullest and ensure that their technology usage won’t hurt the environment in any way. Is it even possible to not affect the environment while we are using technology all the time? The answer to this question is yes. The secret lies in the infrastructure of the city.

There is going to be a vast difference between both the cities. These smart cities are designed to provide a comfortable life to the users and at the same time to cause far less as possible harm to the environment. It is feasible if you put in a lot of effort.

The best thing about these smart cities is that the citizens also work along with the management in order to build the best place to live. They engage in work and ensure that their city is protected with a lot of care. These smart cities are mainly focused on using all the resources effectively, and for this, the IoT technology is going to matter a lot.

IoT technology can be used in every industry. For example, it can be used in the real estate sector, it helps in the management of smart water meter and transforming the transportation sector.

The internet of things is a simple way to communicate with all the related devices. There are so many smart devices available in the market right now, and almost all of these can be connected with one another using the IoT technology.

This internet of things will help in communicating from one device to another, and it ensures that all the communication is done smoothly. We will be able to interact with our belongings using IoT technology.

This entire IoT system stores all the data that you feed into it and it is humongous. This is the reason why these IoT systems use cloud technology to save up all the data.

Big data analytics will help in storing the information. The smart cities are mainly dependent on this IoT and big data. Using both of these technologies for traffic management is going to bring in a significant change.

How is IoT Used in Traffic Control?

Traffic jams, aren’t they the most hated thing in this world! From the city dwellers to commuters, no one would want to spend a good amount of time from their day stuck in traffic. Managing this traffic with effectiveness is one of the biggest issues that the city management have.

The developed countries are trying to minimize all the traffic issues by using this big data and IoT technology.

Cars have turned into a necessity lately and no matter whether the city is big or small people are preferring to ride their own vehicle rather than going for public transport. Driving your own vehicle has a myriad of advantages, and people these days are aware of it.

As people started using more cars, the traffic issue starts persisting more. Most of the cities out there are fetching the information from CCTV cameras present on the roads and using this information to manage the traffic entirely. All the vehicle-related data is transmitted to the city traffic management board where everything is checked the time and again, and the traffic adjustments are made according to it.

If the traffic is organized in a better way, it will result in an easy flow of vehicles reducing traffic jams completely. There are so many factors that this smart traffic system using IoT has to take care of.

These traffic lights play an important role in the IoT based traffic control system. The traffic lights have weather sensors mounted on them. This will automatically help them to increase or reduce the intensity of lights. These sensors will not only help in adjusting the brightness of lights from time to time, but they also detect murky weather and adjust the lights during that time too. These traffic lights can also be used to record the congestion in a particular area.

The CCTVs mounted on these traffic lights will capture the amount of traffic present on a particular road and transmits this data to the management group. The traffic management group will then decide on how to divert the traffic and reduce the chances of jam effectively. The best thing about IoT here is that it is capable of analyzing the alternative routes by itself with the help of big data analytics.

So, there is no need for traffic management to search or worry about the alternative routes either. It makes smart traffic decisions which will reduce the hectic traffic issues and makes commuting simple and hassle-free. The smart traffic lights are nothing less than a boon for the cities as they will help in various ways.

Parking can be considered as the biggest issue before the traffic management team. The infrastructure of cities is not allowing people to park their vehicles properly anywhere. Parallel parking and the lack of parking spaces has resulted in a lot of traffic snarls in the busy areas of a city.

How does IoT make this smart parking possible, and how does the issue of parking can be solved in real? Well, the answer to this is pretty simple. The IoT devices will collect the data of all empty spots present in a parking lot, and the cars that entered the lot will get this data.

This way, cars won’t need to search for the parking spots at all. They can just get into the lot and go to the empty spot right away. This will reduce the congestion in parking lots and makes it easy for car owners to park their vehicles in lots.

Some European and US cities have already implemented this smart parking technology, and they have seen significant improvement in reducing the parking issues. The time that they took to control the parking issue is less than one year. Incorporating the IoT in traffic management has so many proven benefits.

Road accidents have become one of the very common issues these days. No matter whatever the reason is, losing life in a road accident is sad. There are several situations where people lost their lives as they were unable to get the treatment on time. As there won’t be any people around, it becomes hard for them to get help.

But the IoT based traffic control system addresses this issue pretty effectively. The sensors present on the road detect any kind of accident that has happened, and the problem is immediately reported to the traffic management system, which takes further steps to sort the concern out.

The basic thing here is communication right on time, and if one achieves this, it is easy to make the remaining things work. So, the accidents that happen in isolated places or at late nights won’t get the traction if IoT based technologies are utilized.

Although it is a great thing that cities are developing and attracting more business from across the world, traveling for some hours to reach a destination is not an easy task. IoT can definitely assist in this matter too.

Scaling up the roads according to the development of businesses in the city is not going to happen. This is the reason why people are using big data analytics and IoT technology. The IoT devices will give them all the routes information using which they can reach the destination along with the time that is taken to reach that particular place.