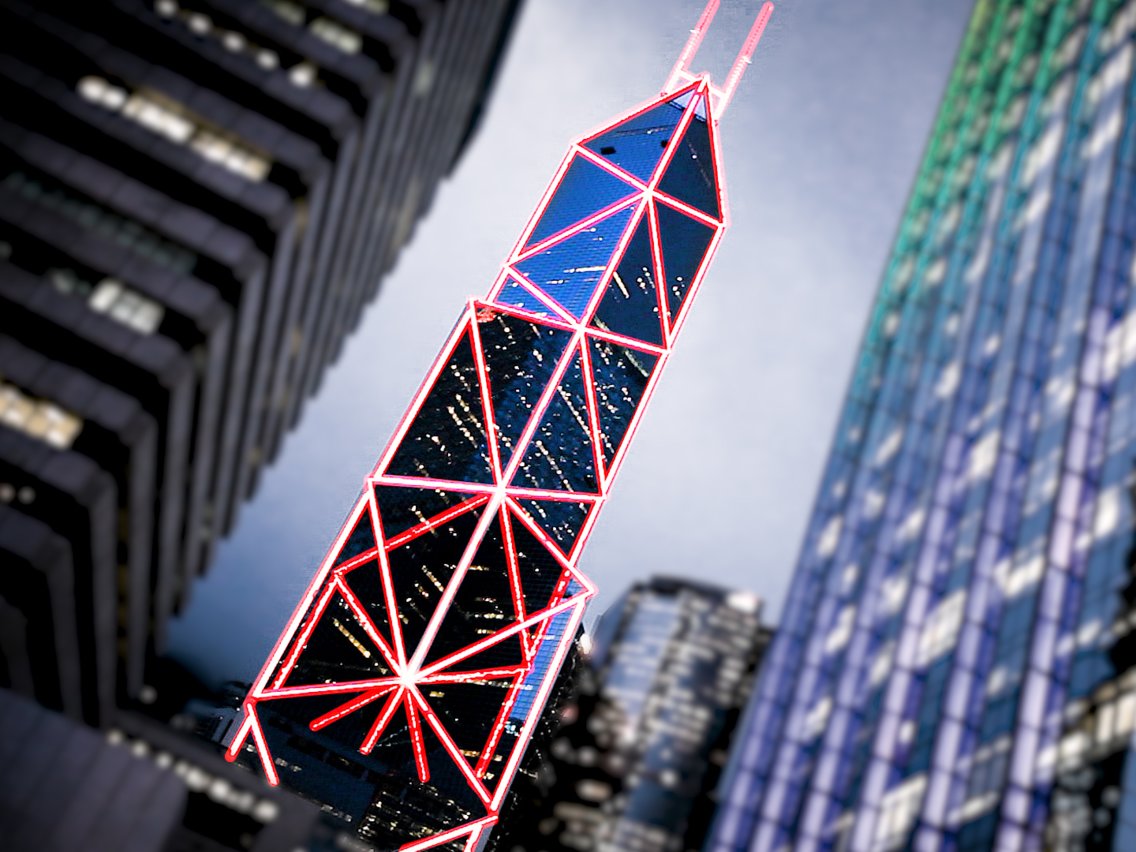 How architects use feng shui to design famous buildings

Narrator: 1990. The famous Bank of China building became the newest addition to the Hong Kong skyline with its sharp, pointed edges. Soon after the building was opened, the bank next door reported huge losses and two other businesses filed for bankruptcy. Those businesses specifically blame the design of the Bank of China building for causing this catastrophe. Why? Because with those sharp edges, that building shirks the principles of feng shui, supposedly cutting through the skyline’s good fortune. It may seem like superstition, but architects from around the world have made major design decisions based on feng shui, decisions that we can see and that may even affect our lives.

So, what is feng shui? It’s all about creating harmony by finding ways to connect manmade things with nature through design using the five natural elements: metal, water, wood, fire, and earth. The best way to understand it is to start small, with a living room. And each one promotes something different. Water can represent living flexibly, and you can include it in your home using the color black or by introducing a wavy pattern. Metal is represented by objects made of, well, metal, as well as the color white. You’d add fire elements if you want to ignite passion. Triangular shapes and the color red help to bring in a little heat. The wood element can encourage personal growth, and you can incorporate that with the color green in plants. Finally, earth elements provide stability, and you can incorporate it by adding heavy objects or something like a square rug. It’s solid but can be refined. Good for creating stronger focus and disrupting unharmonious forces.

It may seem unlikely that these practices can bring about such major life results, but there’s a reason some of the world’s most successful and impressive architects integrate them into their designs. Put simply, they share the same purpose: to figure out the needs of a person and find ways to make the space functional. This can be done by using colors, shapes, textures, and even through the arrangement of things like furniture.

To see how architects use feng shui, let’s start in New York City at the famous Columbus Circle, one of the first major locations to use feng shui in the United States. It’s right next to Central Park, and the central feature is this roundabout. Roundabouts represent a huge problem in feng shui. They represent the water element, but in a more volatile way: whirlpools. There’s an endless rotation of people, vehicles, and energy constantly flowing through the traffic circle. Like water, without something to interrupt the flow, a whirlpool begins to form. Feng shui experts say this can cause catastrophe, as wealth could potentially get sucked into the hectic flow.

One of those businesses concerned about this is the Trump International Hotel. Enter feng shui master and Trump consultant in the ’90s Pun-Yin and her father, Tin-Sun. She suggested adding the now famous Columbus Circle globe, which literally disrupts the flow of energy as people stop and gather around. Its purpose is to stop the roundabout from sucking in all the potential wealth and opportunities. For example, people who may have otherwise just kept walking are stopped in their tracks, potentially bringing in more business and, therefore, more wealth. The globe was installed in 1996 by Donald Trump at the suggestion of the two feng shui masters. The move signaled to the architecture community that there was a new market emerging in the US for feng shui in architectural design.

After this, the number of feng shui businesses in New York state shot up from two to 65. Feng shui is used by architects in different places around the world for different reasons. But whether the architect has a casual interest in it, is culturally connected to it, or simply knows it helps sell newly developed buildings, it’s being used everywhere.

Next, let’s take a trip to Sydney, Australia, home to the Sydney Opera House, a feng shui triumph by combining two elements that seem at opposition but actually work together: fire and water. It was designed by architect Jørn Utzon, who wanted to create a space that uplifts the arts. According to Steven Post, a feng shui practitioner and teacher, the sail-like curves of the structure, which is literally built on water, represent that element and combine with the triangular shapes, which represent fire in feng shui, that prop up those curves. This combination can create a productive balance, using the passion of the arts to foster flexibility in its audiences and the largest city. That makes sense because the Sydney Opera House is all about promoting the performing arts.

Hopping over to Europe, let’s look to the romance capitol of the world, Paris, which is home to the most famous collection of art in the Western world, the Louvre. It was designed by I. M. Pei, the same architect who designed the “disastrous” Bank of China building in Hong Kong, but this one is a feng shui marvel. The Louvre includes classic European architecture coupled with more modern glass pyramids in the center. Pyramidal structures are regarded as a classic fire structure in feng shui, and its base is flat and square, representing the element of earth. The combination of these two elements encourages passion through the element of fire to fuel the need for art to continuously evolve, while the earth element helps ground the place and teaches us to respect the invaluable treasures of classical art that are already in the museum.

But not all buildings can be so lucky. The Bank of China building had one of its sharp edges pointed directly at the HSBC building, the neighboring bank that reported losses as a result of this. So HSBC responded with feng shui adjustments of their own by installing canon-like structures on the top of their building, a feng shui tradition that deflects negative energy.

But experts say there are a few relatively easy fixes that could put the building back in harmony. Steven Post says changing the crisscrossing metal components from white to green would promote wood energy and making the antenna at the top red would promote fire energy. Making these changes would shift the sharp nature of the building into a naturally harmonious one, where wood is fueling the fire, leading to success.

As architects and interior designers continue to include the practice of feng shui into their work, you can expect to see more buildings and landmarks with the aim of creating a healthy, harmonious city life. Maybe one day, they’ll be able to even remedy the growing feeling of fleeing big cities for wide-open spaces. So, the next time you’re out and about in your own neighborhoods, take a look around. There could be feng shui elements at work and you didn’t even know it.