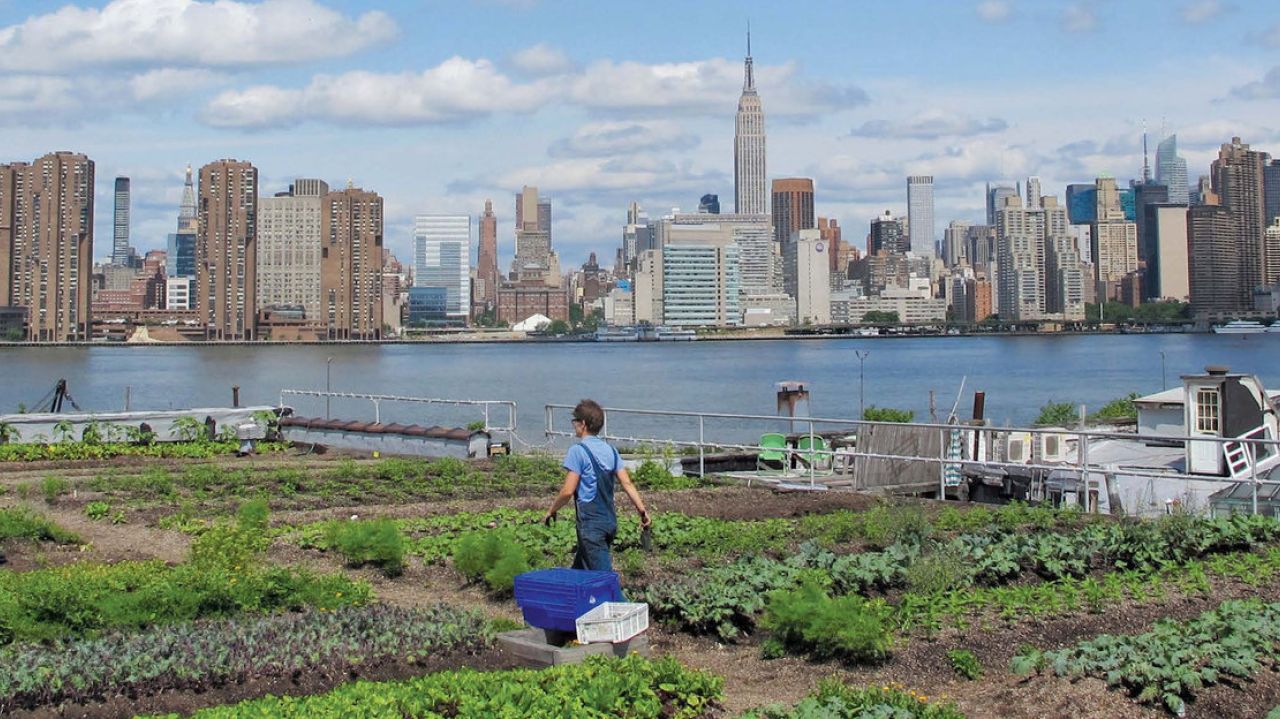 Here’s How Much Money Green Design Could Save Cities

It’s no secret that green design features like living roofs, reflective pavements and urban tree cover are good for public health. But they’re also good for cities’ bottom lines — especially as climate change exacerbates the urban heat island effect and messes with long-established rainfall patterns, according to a new report.

The report, Delivering Urban Resilience, comes from clean energy advisory and venture capital firm Capital E, with funding from the JPB Foundation (and a host of national partners). By crunching numbers in three cities, Washington D.C., Philadelphia and El Paso, authors Greg Kats and Keith Glassbrook conclude that investing in what they term “smart surface technologies” could deliver roughly half a trillion dollars in net financial benefits nationally.

Take Washington, D.C. The city is going to get a lot hotter and wetter over the next decade, even by conservative emissions standards. Expanding the city’s urban tree cover would result in “ambient cooling” citywide, i.e., residents using less energy for air conditioning (Next City previously covered the “green infrastructure” strategy here). That simple move could “lead to annual indirect energy savings [of] between $1 and $3 per 1000 [square feet] of roof,” according to the report. And those leafy canopies do more than cool the air — they also sequester carbon, magnifying their financial benefit.

In Philadelphia, meanwhile, tourism generated about $10.4 billion in 2014. But the city already experiences an average of 10 days in July and 6 days in August that are above 90 degrees, and that number could quadruple under the warming scenario presented by the report. Those hot days (exacerbated by the urban heat island effect) could take a significant toll on the city’s economy.

“If we assume that 10 [percent] of Philadelphia summer tourism revenue is at risk, a city-wide smart surface strategy might enable Philadelphia to avoid half of these tourism losses,” the report states.

Glassbrook and Kats deal in plenty of hard numbers, like the upfront price tag and operations and maintenance costs of technologies like cool roofs and green roofs, compared to their conventional alternatives.

But many of the benefits they analyzed — preventing hospitalizations associated with extreme weather, mitigating economic losses when floods or heatwaves make a normal workday impossible, cutting health costs in low-income neighborhoods — exemplify the kinds of long-term, systemic cost-savers that fiscal year-conscious governments often shy away from.

Still, Capital E is a venture capital firm. That probably means that the report is not unbiased, but it also means that long-game investments are spelled out in a way that local governments can relate to.

Cities that fail to adopt resilience strategies risk credit downgrades that could greatly increase [the] cost of borrowing. A November 2017 report by Moody’s Investors Service on the growing risk to city and state credit ratings emphasizes that there “will be a growing negative credit factor for issuers without sufficient adaptation and mitigation strategies.” The set of resilience strategies analyzed in this report would reduce the risk of credit downgrades.

Lack of understanding on the cost and benefits of technology and policy options has severely limited urban responses. This report is intended to fill this critical gap by quantifying these costs and benefits in detail, including quantifying more than a dozen significant benefits for the first time.

The full document is available here.