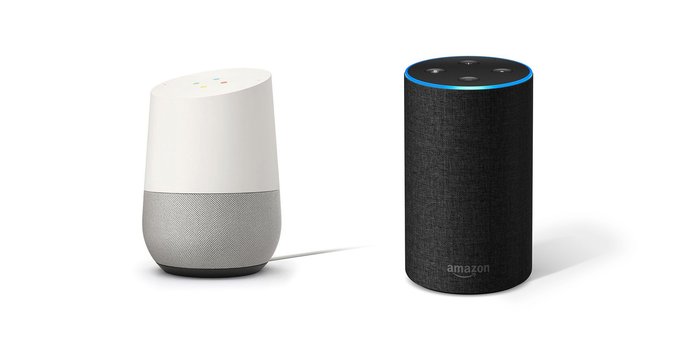 It will surprise almost no one that Google Home and Amazon Alexa collect and compile data on how you use the devices in your home. Enough stories have emerged in the past months about privacy and data security that everyone realizes these major tech companies have been using this information. However, what may come as a surprise is how much data is collected.

Bloomberg reported that Amazon and Google have started to ask manufacturers to provide more information about user requests. For example, the two companies want to know when you turn on and off the lights, when you turn on the television, and much more. According to the report, Amazon and Google have even requested to know what channel the television is set to.

Google has made no comment on what it uses the information for, but speculation runs the gamut from improved performance to targeted advertisements. Amazon did say it does not use the information for advertising or to sell to third-party companies, but some skepticism might be warranted — after all, Amazon is one of the largest retail companies in the world.

It is possible that Google and Amazon want the information so their smart assistants can respond faster and with more accurate information. Both companies are in a race for market share, after all. But access to this kind of information requires consumers to place their trust in massive corporations and creates a slippery slope around data privacy.

The way many of the devices work is simple. When you ask the smart assistant to perform an action (like lock your door), it sends a request to the smart device’s server and requests the current status of the door; in this case, locked or unlocked. After the smart assistant receives the information, it issues a command to lock the door. The report states that Google and Amazon want to reverse this process. In other words, the device reports its status at all times to reduce the amount of time required to relay commands.

The solution may lie in the hands of hardware manufacturers. Companies like Logitech have spoken out against the requests and proposed what amounts to a compromise. Rather than telling Google or Amazon what channel a customer is watching, the company just reports that the television is on.

The conversation boils down to the issue of consent. A user consents to provide information when they ask a smart device to perform an action, but the consent extends only to what is necessary to perform that action. Any information gathered after that requires another level of permission that is currently not requested. But time will tell whether Amazon and Google agree.