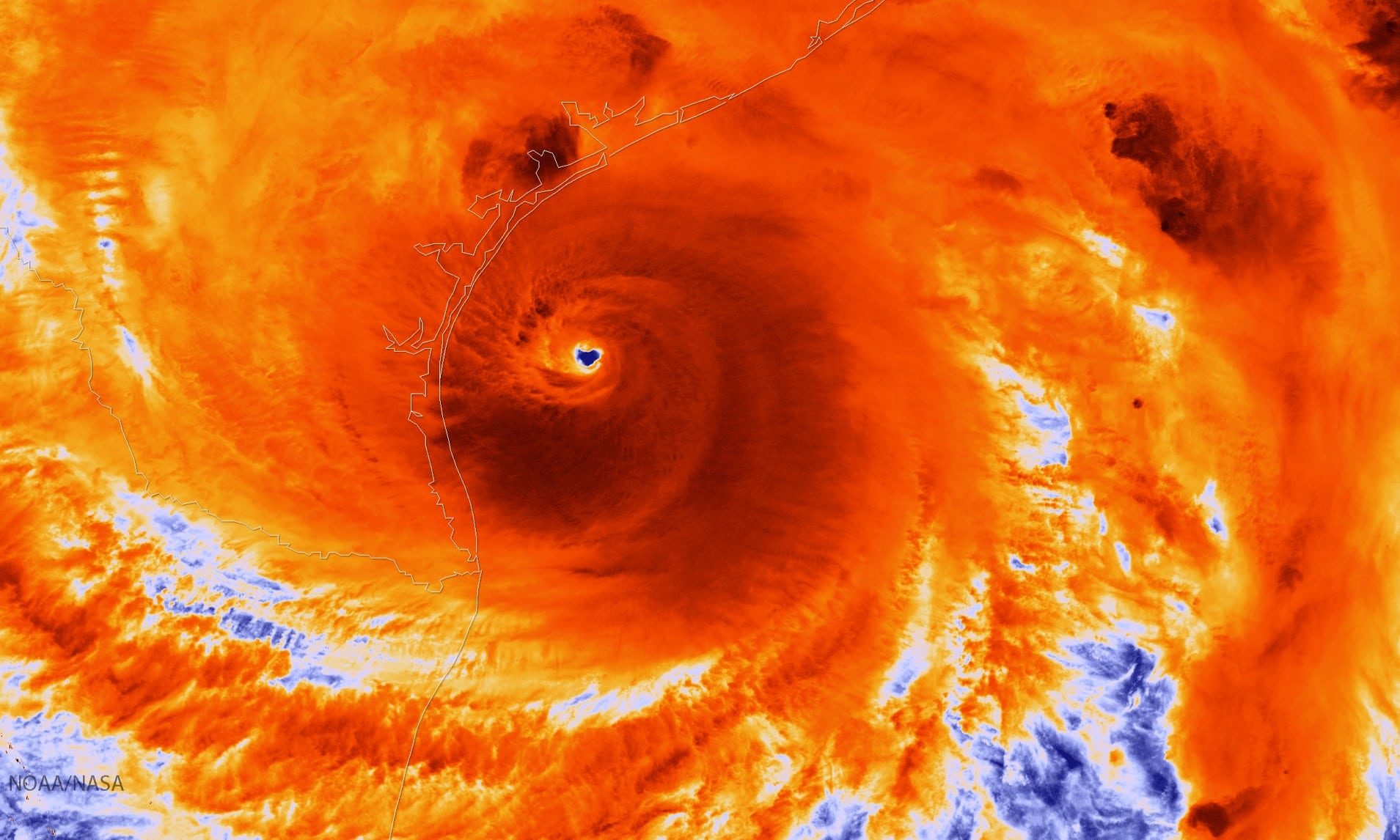 The unprecedented downpour and severe flooding was also 15% more intense due to climate change, which is making weather more violent around the world

Such a downpour was a very rare event, scientists said, but global warming meant it was 15% more intense. The storm left 80 people dead and 800,000 in need of assistance.

The scientists from the World Weather Attribution (WWA) initiative usually publish their assessments of the role of climate change in extreme weather events around the world as soon as possible. However, in this case they waited for the work to be confirmed by peer review because of the current US government’s opposition to strong action on climate change.

The researchers said their new work shows global warming is making extreme weather events worse right now and in the US. The cost of the damage caused by Hurricane Harvey has been estimated at $190bn (£140bn), which would make it the most costly weather disaster in US history, more than Hurricanes Katrina and Sandy combined.

A series of new reports have found that extreme heatwaves, droughts, floods, storms and wildfires across the planet have been made more likely or more intense by rising global temperatures. The UK’s Energy and Climate Intelligence Unit (ECIU) analysed 59 studies of the influence of climate change on extreme weather published in the last two years and found warming has made matters worse in 70% of cases and better in just 7%.

Another report, published on Wednesday by the American Meteorological Society, assesses 21 different extreme weather events in 2016, from US snowstorms and South African drought to ocean hotspots and Arctic heating. Most of the events can be attributed, at least in part, to human-caused climate change, the scientists found.

Hurricane Harvey made first landfall on 25 August and then stalled over Texas, with torrential downpours dumping a year’s worth of rain on Houston and surrounding areas in a few days. In east Harris County, a record 132cm (52 inches) of rain fell over six days, the highest storm total in US history.

The WWA scientists used both historical rainfall records and high-resolution climate models to determine the influence of global warming. “This multi-method analysis confirms that heavy rainfall events are increasing substantially across the Gulf Coast region because of human interference with our climate system,” said Geert Jan van Oldenborgh, at the Royal Netherlands Meteorological Institute (KNMI) and lead author of the new study published in Environmental Research Letters.

“It was very a rare event – they were very unlucky,” said van Oldenborgh. But the research shows the chance of it happening was raised threefold by climate change.

The team also estimated that, even if the world limits warming to the internationally agreed 2C limit, the likelihood of such extreme downpours will triple again. “But, if we miss those targets, the increase in frequency and intensity could be much higher,” said Karin van der Wiel, also at KNMI.

“The link between global warming and more extreme weather is nowhere more obvious than in the US. Even if Donald Trump isn’t seeing the picture, many others are,” said Richard Black at the ECIU.

Friederike Otto, at Oxford University, said: “We’re now finding that for many kinds of extreme weather event, especially heatwaves and extreme rainfall, we can be quite confident about the effect of climate change. The ECIU report shows just how quickly knowledge is accumulating, and I think it’s only going to accelerate.”

Major storms are powered by the warmth of the water at the ocean’s surface, and therefore hotter seas lead to more violent storms. But the fast developing science of climate change attribution now means the role of climate change in many events happening today can be clearly seen.