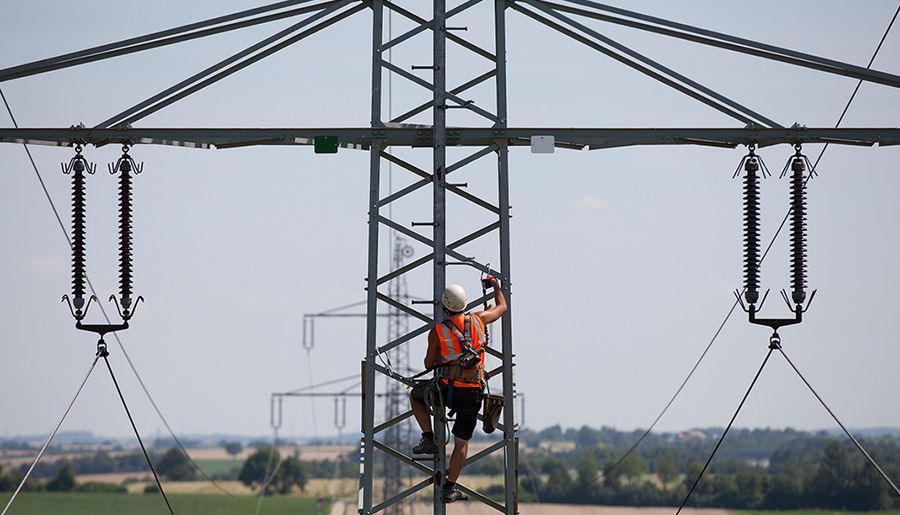 But utility EnBW warns that renewables projects must retain priority access to the grid to remain viable in a post-subsidy world.

German utility EnBW has signed off on the investment for a 180-megawatt subsidy-free solar farm. As well as becoming Germany’s largest solar farm, EnBW says it will be the first major unsubsidized solar project in the country.

Work on the Weesow-Willmersdorf plant, in the state of Brandenburg, will begin at the start of next year. The company expects commissioning to take place before the end of 2020.

EnBW CTO Hans-Josef Zimmer said he was confident in the project’s economics without subsidies, but cautioned that it, and future projects, would require priority dispatch rules to remain viable.

“This and other regulations…need to be retained so that the investment in renewable energies continues to make economic sense in the future,” Zimmer said in a statement.

The priority dispatch rule is part of Germany’s landmark renewable energy act, known as the EEG. It attempts to limit the curtailment of renewable sources by putting them at the head of the queue for grid access.

But the European Union has ruled as part of its post-2020 energy package that new renewable energy projects in member states should not benefit from priority status. An exception was granted for solar installs up to 400 kilowatts. Existing plants won’t be affected.

In its current form, Germany’s EEG only supports solar projects up to 10 megawatts. The latest licensing round recorded an average feed-in tariff of 4.33 euro cents (4.80 USD cents) per kilowatt-hour, according to the researchers at Fraunhofer ISE (PDF).

Questions about a post-subsidy future

The limitations of the EEG’s support for large solar projects alongside improving project economics have shifted the attention of many developers to Germany’s post-subsidy solar market.

Developer BayWa r.e. is in the construction phase of a small 8.8-megawatt, subsidy-free project that it refers to as a test case. It will be one of the country’s very first to go forward without subsidies.

“If you look at electricity market prices and compare that with levelized cost of electricity [for solar] and the expected further decreases, then we will be able to have subsidy-free solar projects from the end of next year and the start of 2021,” Andrea Grotzke, global head of energy solutions at BayWa r.e., told GTM.

“We are working on subsidy-free solar now, and eventually we will work on subsidy-free wind too, but it is a little bit further down the road because we’re comfortable with the level of support available from the EEG. For solar it is different because of the [size] restriction…of 10 megawatts. With a subsidy-free setup, we are more flexible and can build up a pipeline of larger projects,” said Grotzke.

In the case of the first movers, Grotzke said project-specific conditions such as existing grid connections are enabling them to move ahead.

Earlier this week the EEG tariff charged to consumers through their bills was increased by 5.5 percent to 6.756 euro cents per kilowatt-hour. The regulator said lower auction prices, particularly for offshore wind, were not yet reflected in the EEG budget with projects being commissioned under a “very high compensation regime.”

The unpopular increase comes at a time when the country is attempting to pass climate and energy legislation including targets for 2030.

As they stand, Germany’s draft climate and energy policies will not be enough to meet the emission reduction targets enshrined in the very same legislation, according to a government-commissioned study. The country is likely to miss its 2020 targets.

“This [tariff] increase is likely to be the last of its kind [because] in 2021, the oldest and most generously supported renewable facilities will, as planned after a support period of 20 years, no longer be supported by the EEG scheme, and revenues from newly introduced carbon pricing are supposed to be used to lower the EEG surcharge,” Felix Heilmann, a researcher with the climate think tank E3G, told GTM.

“The increase will generate headlines on the costs of the renewable energy transition, but it must be clear that the political challenge of the day is the adoption of effective and ambitious economywide climate policies. The government’s task is to stress the opportunities that come with the net-zero-carbon transition and the fact that climate inaction is more expensive than climate action,” Heilmann added.

EnBW, which has 5.5 million customers, took over the Weesow-Willmersdorf project from developer Procon Solar in mid-2018, as it looks to expand its solar portfolio. In February EnBW signed a 15-year power-purchase agreement for an unsubsidized solar plant near Rostock in northern Germany.

The utility claims to have a development pipeline of 800 megawatts of solar, in addition to its target to increase wind capacity to 3.5 gigawatts by 2025.
EnBW’s acquisition this spring of French wind and solar developer Valeco has given it a head start. EnBW is not limiting itself to Europe, however. After narrowly missing out in U.S. offshore wind auctions, the company continues to harbor ambitions of major project wins across the Atlantic.