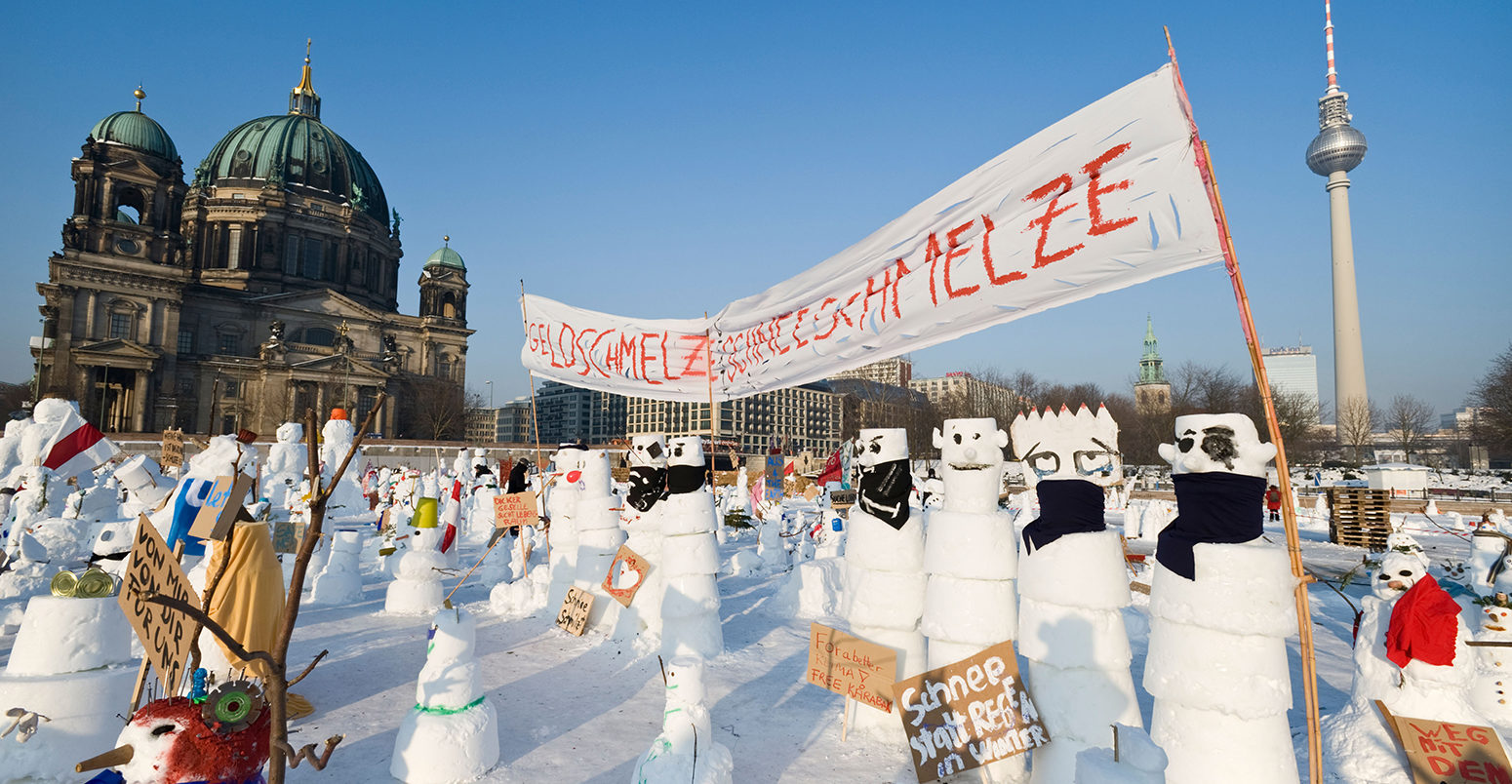 People living in Germany are the most worried about climate change, according to new analysis of 18 countries published this week.

Meanwhile, 15% of Russians say that the world’s climate is definitely not changing, compared to an average of 3% across all countries included.

The survey also looked at how political orientation and age affects concern about climate change, and how confidence that governments will act to tackle it varies across countries.

Overall, 44% of German respondents say they were “very or “extremely” worried, followed by France and Slovenia (each 33%), and Iceland and Belgium (each 32%).

The UK sits roughly in the middle, with 24% “very” or “extremely” worried.

Meanwhile, Poland and Estonia had the lowest proportion of people “very” or “extremely” worried, each 15%, followed by Russia (16%) and Ireland and Israel (19%).

The chart shows how the level of worry about climate change breaks down differently across the various countries.

Of those who say climate change is happening to some extent, Estonian and Czech people were the least worried about it, each with 41% saying they are “not at all” or “not very” worried. Israel (39%), Sweden (35%) and Poland (33%) also had relatively high levels of people who say this. Swedish respondents were also most likely to agree that climate change is happening (95.5%).

The new analysis also looks at how levels of worry vary by stated political orientation. Left-leaning respondents are more likely to be very or extremely worried, as the chart below shows.

The results show a slightly higher proportion of people who consider themselves right-wing believe climate change is not happening compared to those who said they were left wing (5.0% compared to 4.3%).

The analysis showed that worry level in some countries is more polarised across political orientations than for others. In the UK, for example, 39% on the left said they were “very or “extremely” worried, compared to 17% on the right. Note, though, that the UK also had a lower proportion of people (1.6%) who think climate change is not happening than the average across all countries (3%).

The analysis shows that the degree of concern in some countries is more polarised across political orientations than for others. In the UK, for example, 39% on the left say they are “very or “extremely” worried, compared to 17% on the right.

The analysis also looked at how concern breaks down by age across the 18 countries, shown in the chart below.

As the chart shows, worry level about climate change does not appear to change steadily with age. Most concerned are those aged 55-64, 29% of whom say they are “very or “extremely” worried, followed by the 15-24 and 45-54 age brackets.

The survey also asked those who believe climate change is happening if they are confident governments will take action to reduce it. People were asked to rate their confidence level on a scale of 0 to 10, with 0 for “not at all likely” and 10 for “extremely likely”. The chart below shows how responses break down among different countries.

The results show German respondents are among the least confident in government action, as well as being most worried about climate change. Fifty-one per cent of Germans rated the likelihood of government action at three or lower, while just 10% rated their confidence level above seven.

British respondents are also pessimistic about government action, with 33% answering three or lower and just 13% answering seven or above.

Confidence about action was relatively high among those in Finland, Sweden and Israel, where around 25% answered seven or higher.

However, the opposite applies when we look at the differences between countries. Countries that are on average more concerned about climate change tend, on average, to be more pessimistic that action will be taken.

What does it mean?

It’s important to put the results of the survey in the context of other findings on attitudes towards climate change.

Earlier this year, a Pew Research centre global survey found climate change was seen as one of the top threats to respondents’ countries, coming second only to ISIS. (In the UK and Germany, climate change was ranked third after the threat of cyber attacks.)

It’s worth noting that the new NatCen analysis did not look at the extent to which those who think climate change is happening consider it to be natural or manmade. (The original survey did ask this, but it has not been assessed for this NatCen analysis.)

A 2016 IPSOS survey of 21 countries found 43% of respondents agreed with the statement: “The climate change we are currently seeing is a natural phenomenon that happens from time to time”, although only five of these 21 countries overlap with the countries included the new NatCen analysis.

Leo Barasi, co-author of the new report, tells Carbon Brief that differences in question wording can impact the results of polls.

For example, if you ask which issue respondents think should be the government’s top priority, climate change often comes lower than more immediate concerns. But governments do more than one thing at a time, so what’s arguably more interesting is a question that shows whether people want governments to take strong measures to deal with it. Measuring worry about climate change is one way of understanding that.

Barasi adds that he thinks this is the first time he has seen German respondents emerge so clearly as the most worried in Europe. He puts this down in part to the way the question was asked, which means it was not measuring exactly the same thing as other polls.