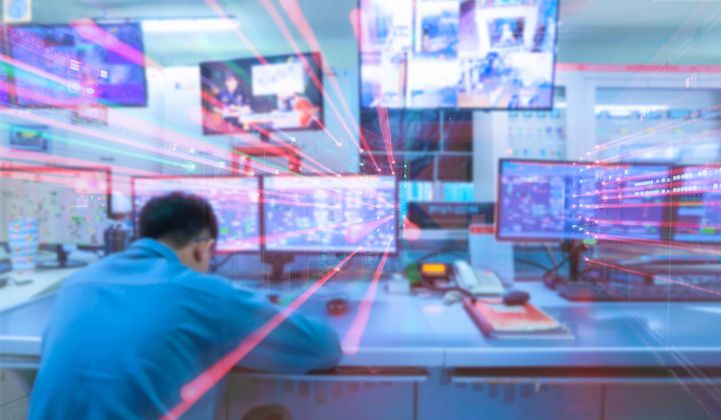 Distributed ledger technology could be integrated into GE’s Predix platform.

GE is investigatingblockchainto potentially incorporate the technology into a virtual power plant offering, likely delivered via the company’s Predix platform.

Steven Martin, GE Power’s chief digital officer, told GTM the move was in response to a general trend away from large central generating plants and toward distributed generation. GE has traditionally had limited exposure to this area.

“With the move toward distributed, the types of plants that are of interest in different parts of the world seem to be changing,” Martin said. “There’s interest in more medium-sized, more throttle-able plants. There’s also interest in front-ending those plants with energy storage.”

GE was increasingly being asked about plants with shared ownership structures or, at the other end of the scale, aggregated assets coordinated to work in unison, Martin explained.

In October, GE Power Digital joined a study to evaluate the use of blockchain technology for energy industry applications.

The study, launched by the German energy agency (Deutsche Energie-Agentur or Dena), will investigate whether blockchain applications can be operated economically and reliably in energy industry use cases, GE said in a press release.

The results of the study, which will cover asset management, data management, market communication, energy trading, and financing and tokenization use cases, are due to be published in spring 2019.

Alongside GE, other organizations taking part in the study include Siemens and a range of European energy companies, such as Verbund of Austria, BKW of Switzerland and EnBW of Germany, as well as the German Hochschule Fresenius University of Applied Sciences.

Although GE is thought to be looking at various blockchain technology options for the project, the most obvious choice for the company will be a version of IBM’s Hyperledger framework, which has already been implemented on the Predix industrial internet platform.

GE offers Predix as an on-premise or cloud-based system, but the software can also run on the edge of networks, a potentially useful feature for distributed energy applications.

Martin said one of the aims of the blockchain work at GE would be to make sure the technology could operate at a level of aggregation “that the market needs and the market wants,” rather than being limited by current blockchain capabilities.

“I think we’re about to conduct a very large experiment on what could end up being the world’s largest distributed computing application,” Martin said.

GE’s interest in blockchain is shared by a growing number of large power-sector players. Recent months have seen a series of energy blockchain partnerships, from Engie working with Iota to BYD and DNV GL collaborating with VeChain.

GE may have a particular motivation for jumping on the bandwagon, though. Historically the company has operated at the large infrastructure end of the power sector, delivering products such as gas plants and wind turbines.

Some of these segments, particularly relating to thermal generation, are now under threat. Gas peaker plants, for example, face increasing competition from wind and solar-plus-storage. “The world is moving to a distributed energy generation paradigm,” Martin admitted.

GE barely has a presence in the distributed energy market. What it does have, though, is significant software and industrial systems expertise, principally developed for the management of large power plants.

The company hopes to use this expertise to offer its customers a virtual version of the large power plants of yesterday, tying distributed, non-proprietary assets together into a virtual power plant.

Blockchain will help manage data from a heterogeneous array of devices, he said. In parallel, GE is working on an industry standard to allow devices on an energy network to record their state, capacity and throttling ability.

“This is done on a vendor-by-vendor basis, and getting some amount of consistency there will allow us to manage those devices in a smart way as well as ensure that we’re transacting energy to and from them in an appropriate way,” said Martin.