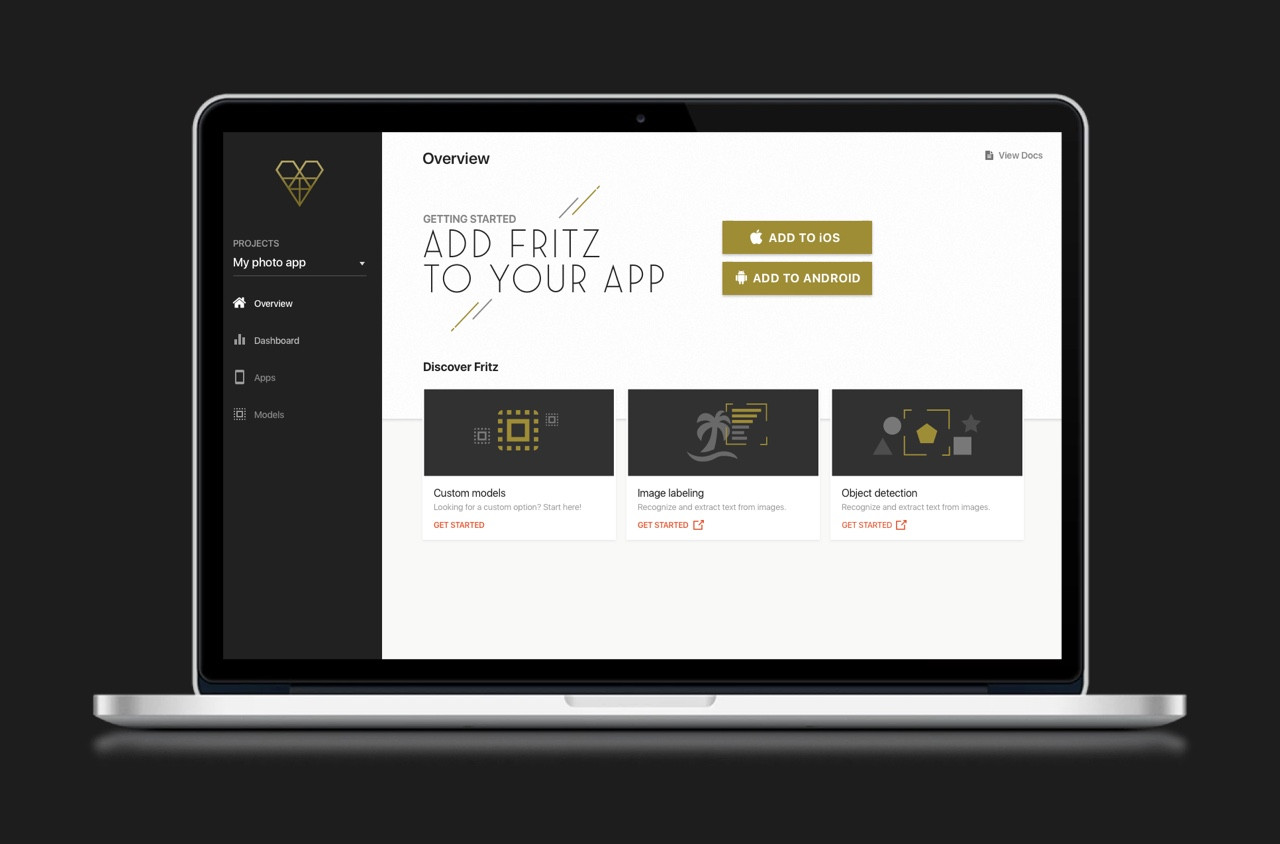 It’s one thing to run machine learning models in the cloud, where you have plenty of resources. On mobile devices, you’re dealing with very finite compute resources, so if you want to run your models directly on the devices, they have to be highly optimized. Add to that that Apple  and Google are taking somewhat different approaches and use different frameworks and you can see why this is all a bit of a nightmare for mobile developers.

Boston-based Fritz, which is opening its service to all developers today, wants to make all of this far easier. It’s an end-to-end solution for adding machine learning models to mobile apps — and have them run natively on the device.

The company argues that as Apple and Google  are both pushing their own frameworks, developers are left to work with what’s at best suboptimal tooling. Fritz then wants to build better tools to simplify life for developers.

“What we want the developers to do is build a model and then we take care of the rest,” the company’s CEO and co-founder Jameson Toole told me.

Fritz  is agnostic as to the runtime that the models are actually using. Developers can bring their Core ML, TensorFlow Mobile and TensorFlow Lite models to Fritz and the SDK will monitor their performance and help developers push updated models to their apps without having to release a new version.

In addition, Fritz also offers a number of standard models for use cases like image labeling and object detection that the company has already optimized to work offline and at high enough frame rates to support live video.

Among the apps that starting using Fritz during its private beta are PlantVillage, which uses on-device machine learning to detect evidence of crop diseases and gives farmers in East Africa advice for how to treat them; MDAcne, for detecting cases of acne; and the more lighthearted InstaSaber, which turns a piece of rolled-up paper into a virtual lightsaber.

All of Fritz’s functionality is available for free. Over time, Toole told me, the team plans to add to the platform a number of premium services, including more collaboration tooling for teams and more automation features for managing and tweaking models. It’ll also launch more machine learning features, including style transfer and image segmentation.

In addition to its core service, Fritz also offers a number of tutorials and other resources for teaching developers about machine learning, as well as Alchemy, a tool for analyzing and benchmarking a custom model’s performance on mobile.

Toole also is open to going beyond smartphones and supporting other edge devices for IoT use cases, for example. Right now, the team is squarely focused on mobile, though.