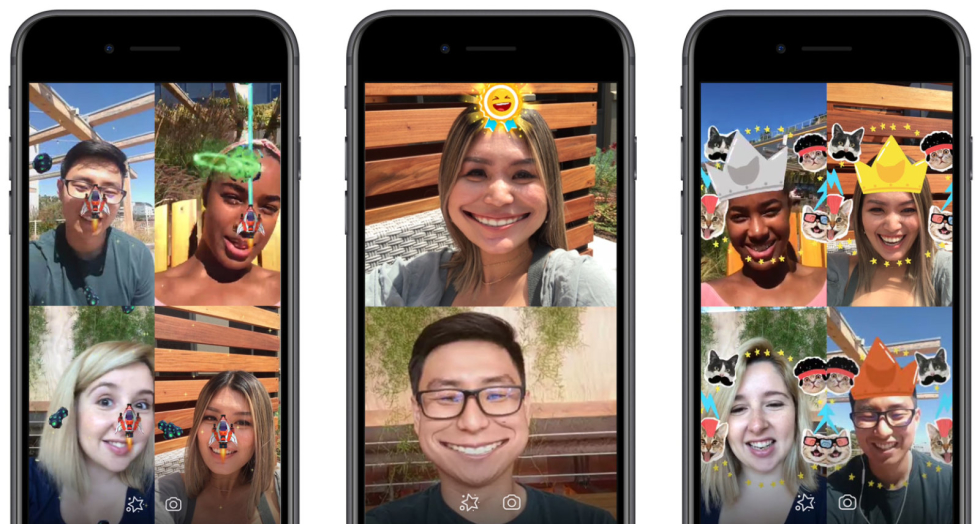 Kitties. Flying kitties all over your face.

Even as Facebook faces extreme pressure from Congress on issues like foreign interference and fake news, the company has to remain focused on keeping users tied to its many products. After all, that’s how it makes its money. One of the ways Facebook is doing that is by going in heavy on augmented reality. Aside from bringing the technology to its News Feed and main app’s camera, Facebook sees AR as the perfect medium to bring a different layer to one particular service: Messenger, where friends interact with one another on a daily basis.

On a recent visit to its Seattle office, where Facebook’s Real Time Communication team is based, we got to take a look at some unreleased AR games for Messenger. The hope, Facebook says, is that these multiplayer experiences can make the app even more popular than it already is. Messenger already has 1.3 billion monthly active users, making it one of the world’s most used messaging services — right behind WhatsApp (1.5 billion), which Facebook also owns. And if anything can make you more popular, it’s cats. Because there aren’t many things people (and the internet) love more than cats.

Kitten Craze (pictured above), which will launch later this year, lets up to six different Messenger users play a game where they have to move their head side to side in order to avoid flying cats. To make things sillier, those flying cats are either making weird faces or have cool curly hair. It’s kind of like the classic arcade title Galaga, except no one is shooting at you and instead of airships, there are kittens coming at you — well, your face.

Another AR game that’s arriving soon on Messenger is Just Beachy, which requires less effort. Instead of trying to reach a high score, you can just bounce a beach ball back and forth with people on your video chat — and you can add sunglasses and hats filters to your face, to boot.

There are games you can start playing now though. Today, Facebook is making available Don’t Blink, Don’t Smile and Asteroids Attack, all of which have augmented reality features and can be played with up to six of your friends simultaneously. The first two are self explanatory: Your goal is to not be the first one to blink or smile, which is hard to do when you’re staring directly into someone’s eyes and they’re making funny faces. If you manage not to lose your composure, you’ll get rewarded with an AR golden sun on your forehead. Meanwhile Asteroids Attack is similar to Kitten Craze,but here there’s an airship attached to your nose and you have to fend off the asteroids dropping from the top of the screen, either by rocking your head or shooting them with a laser.

Shyam Pather, a software engineer on Facebook’s Real Time Communication team, told Engadget that one of the biggest challenges in building these projects is to ensure there’s no lag time between the virtual artifacts and your interaction with them. Especially since these are games, any sort of delay would ruin the experience for users immediately. Pather said that Facebook also needs to make sure these games aren’t draining people’s batteries; otherwise no one is going to want to play them. That’s why, he said, Facebook needs to be conscious of not putting too many graphics on the screen at once or sending too many notifications when there’s a game with a scoreboard being played.

At the end of the day, Facebook wants people to spend as much time as possible on Messenger, and it believes AR can help it do just that. “We know it’s just the beginning, and we’re excited to learn over the coming months what resonates with people and what they would like more of,” said Nora Micheva, product manager of Real Time Communication at Facebook. “There’s potential for collaborative games, where we all sort of band together for a common goal and we build something together, for instance. But right now we’re definitely in learning mode and being open-minded about what this could do.”

It’s still too early to tell if this strategy will work for Facebook. But the potential for AR as a technology that could make things more fun is undeniable, so this is definitely a promising route to explore.