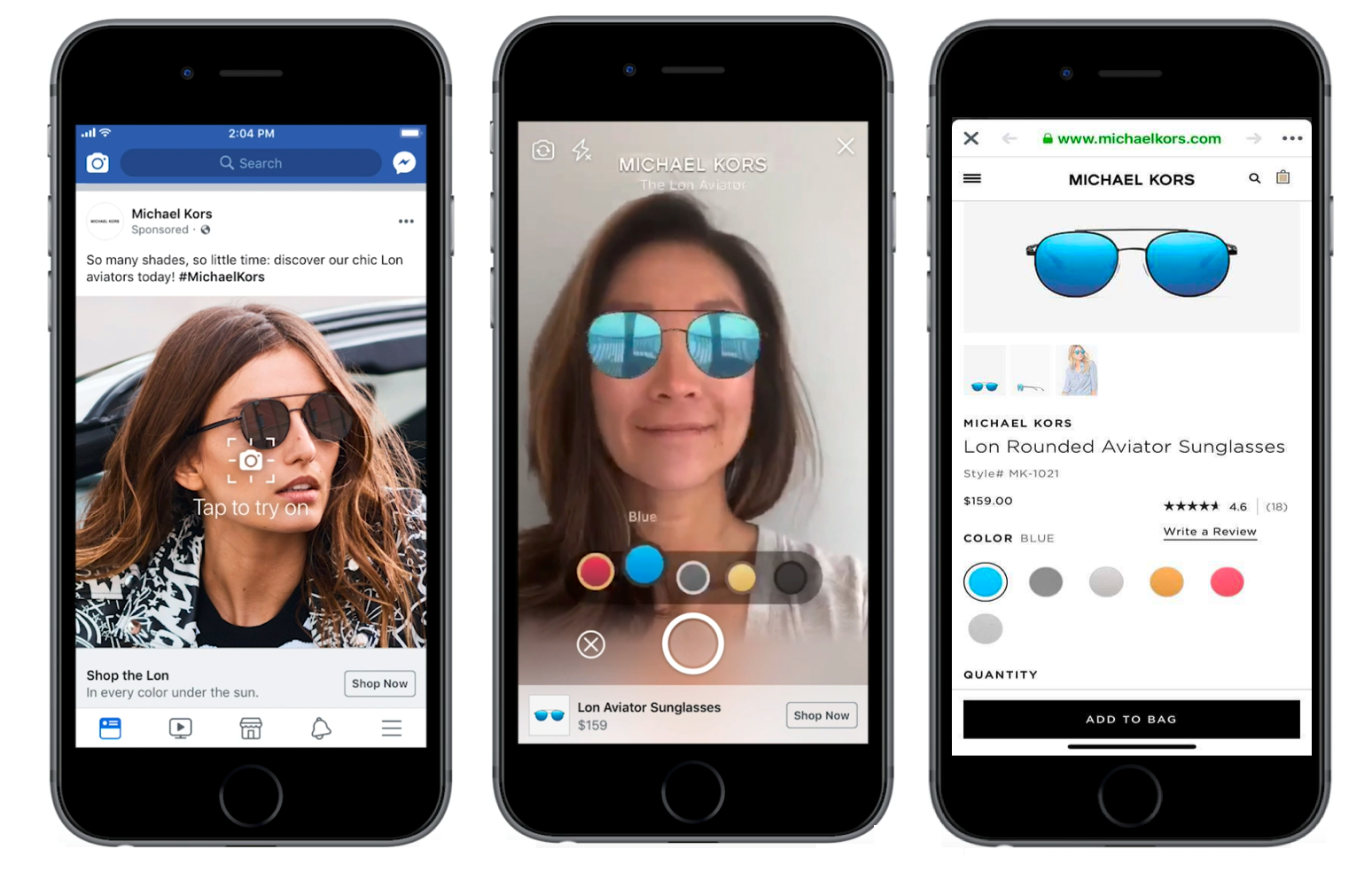 Facebook is bringing augmented reality ads to the News Feed

The new feature will let you “try on” items as you browse the site.

Facebook is now testing augmented reality ads in its News Feed, the company announced today at an event in New York City. The new feature, which is limited to users in the US at launch, will let you virtually try on items including fashion accessories, cosmetics, furniture and more. The goal here, of course, is to help you visualize what a product looks like on you, or around your physical environment, before you buy it. Michael Kors is the first brand to have AR Ads in the News Feed, where it is going to allow people to browse different sunglasses, use the camera to “put them on” and then buy a pair if they like it — all within an ad.

Ty Ahmad-Taylor, Facebook’s VP of product marketing, said the idea with AR Ads is to have new ways to take shoppers from product discovery to shopping instantly. “People now expect a personalized and visually inspiring experience wherever they shop, whether on their phone or in-store,” he said, noting that not only will this make shopping more immersive for consumers, but it’ll also help businesses drive sales. The AR ads themselves look like any traditional, static ones, however they come alive after users click or tap a “Tap to try it on” button.

AR Ads are the latest example of Facebook going all in on augmented reality. At its F8 developers conference last May, the company teamed up with Nike on an AR experience that let sneakerheads buy a limited-edition pair of shoes through its Messenger app. Although Michael Kors is the only brand testing AR Ads right now, Facebook says that more will join the experiment in the near future, so you should expect to see a lot more of these pop up on your News Feed soon.

Staying with the retail theme, Facebook revealed that its “Shopping on Instagram Stories” feature is expanding globally. ​​​​With a billion monthly active users (and counting), Instagram has become increasingly important for Facebook’s bottom line and for brands who advertise and sell products on the app. Ahmad-Taylor said Stories now has 400 million daily active users, and that 80 percent of Instagram accounts follow a business — which makes it hard for anyone to ignore.