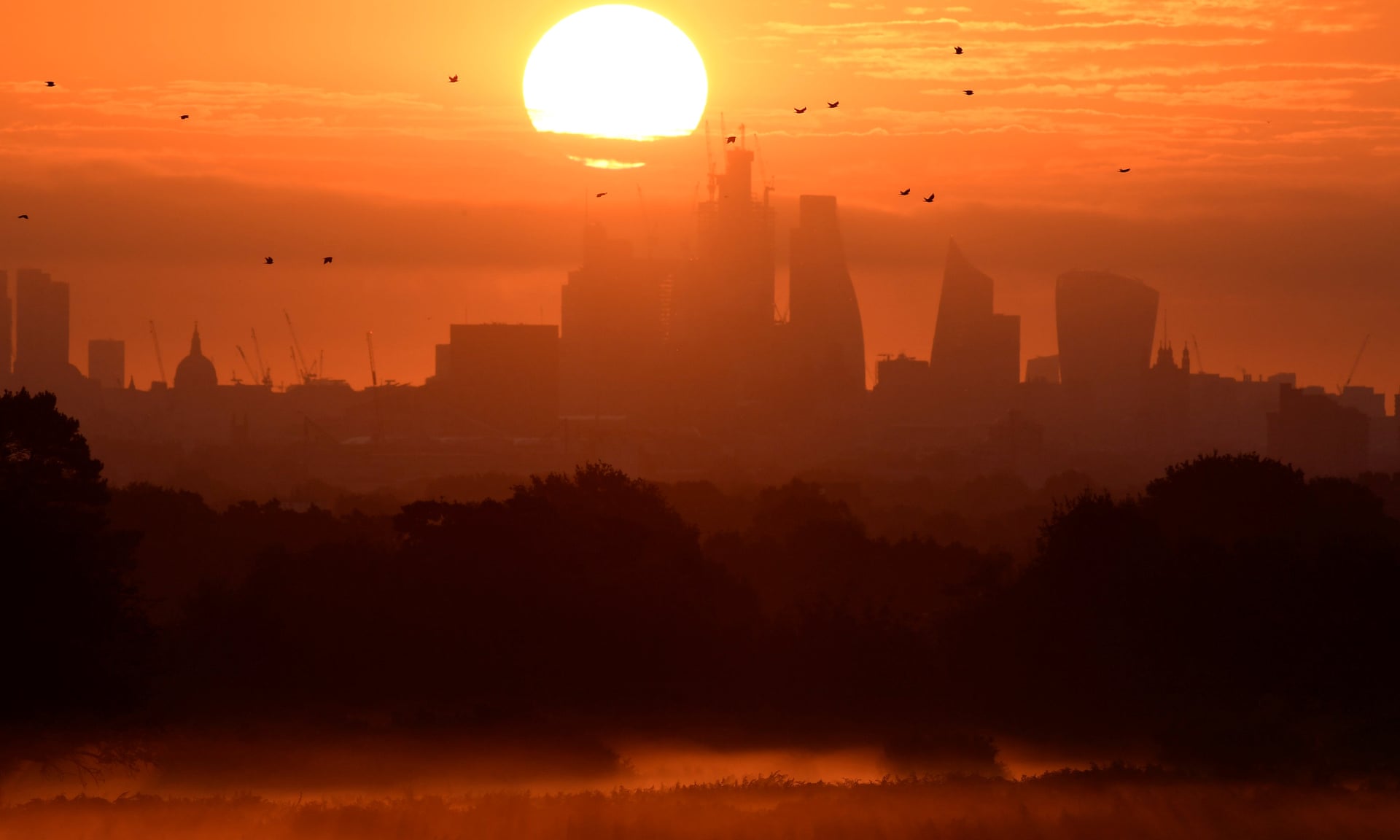 The world is likely to see more extreme temperatures in the coming four years as natural warming reinforces manmade climate change, according to a new global forecasting system.

Following a summer of heatwaves and forest fires in the northern hemisphere, the study in the journal Nature Communications suggests there will be little respite for the planet until at least 2022, and possibly not even then.

Rising greenhouse gas emissions are steadily adding to the upward pressure on temperatures, but humans do not feel the change as a straight line because the effects are diminished or amplified by phases of natural variation.

From 1998 to 2010, global temperatures were in a “hiatus” as natural cooling (from ocean circulation and weather systems) offset anthropogenic global warming. But the planet has now entered almost the opposite phase, when natural trends are boosting man-made effects.

“Everything seems to be adding up,” said the author of the paper, Florian Sévellec of the French National Centre for Scientific Research. “There is a high possibility that we will be at the peak of a warm phase for the next couple of years.”

The scientist built his forecasting system by statistical “hind-casting”. This crunches the data from previous climate models to measure which combination was most effective in predicting past temperature trends.

Based on this analysis, Sévellec says the statistical upward nudge from natural variation this year is twice as great of that of long-term global warming. Next year, it is likely to be three times higher.

He cautions that this should not be seen as a prediction that Europe will definitely have more heatwaves, the US more forest fires, South Africa more drought or the Arctic more ice melt. The likelihood of these events will increase, but his model is on a broad global scale. It does not predict which part of the world will experience warming or in which season.

But his data clearly suggests that water in the oceans will warm faster than air above land, which could raise the risks of floods, hurricanes, typhoons and cyclones.

“Natural variability is a wriggle around the freight train that is global warming,” he says. “On a human scale, it is what we feel. What we don’t always feel is global warming. As a scientist, this is frightening because we don’t consider it enough. All we can do it give people information and let them make up their own mind.”

He said his model should not be seen as the final word, but be taken alongside other forecasting systems, including those that look in more detail at what is happening on a regional level.

Dr Sam Dean, chief climate scientist at New Zealand’s National Institute of Water and Atmospheric Research, said the paper indicated mankind will have to rely less on “fortuitously cool years” from natural processes. Instead of the cooling La Niñas experienced in the first decade of the century, he said there have been more warming El Niños since 2014 and this trend looks set to continue.

“While we can’t be sure exactly how things will play out, at the moment the odds are higher for hot years,” he said.

Other scientists praised the paper but concurred on the need for wider analysis. “The findings suggest it’s more likely we’ll get warmer years than expected in the next few years. But their method is purely statistical, so it’s important to see what climate models predict based on everything we know about the atmosphere and the oceans. Those are more expensive to run but also use more climate physics and observational information,” said Prof Gabi Hegerl of Edinburgh University.

Professor James Renwick of Victoria University of Wellington said the new forecasting system was clever, but its value will only be clear in the future. The broader trend, however, was clear.

“If the warming trend caused by greenhouse gas emissions continues, years like 2018 will be the norm in the 2040s, and would be classed as cold by the end of the century,” he wrote.