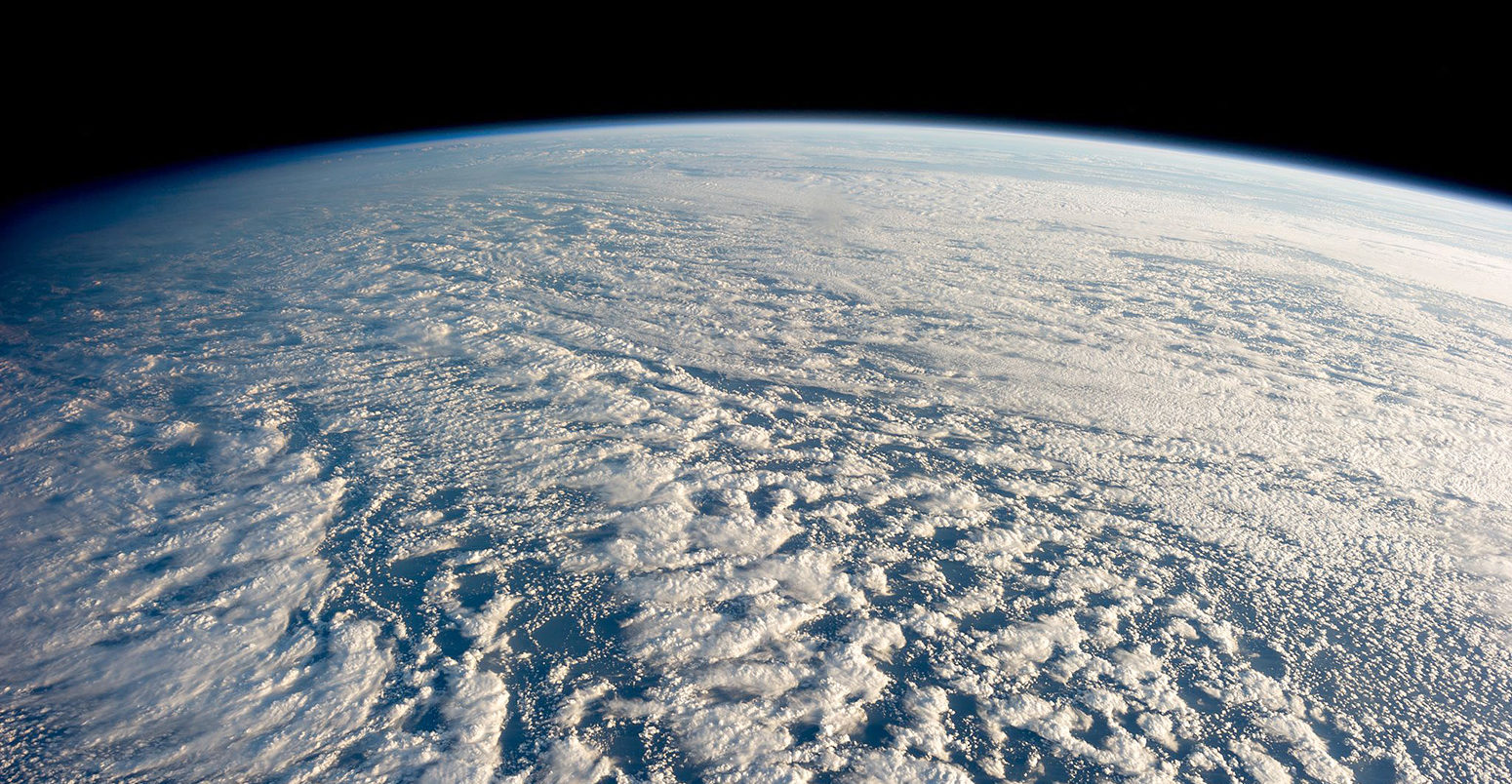 If atmospheric CO2 levels exceed 1,200 parts per million (ppm), it could push the Earth’s climate over a “tipping point”, finds a new study. This would see clouds that shade large part of the oceans start to break up.

According to the new paper published in the journal Nature Geoscience, this could trigger a massive 8C rise in global average temperatures – in addition to the warming from increased CO2.

The only similar example of rapid warming at this magnitude in the Earth’s recent history is the Paleo-Eocene Thermal Maximum 55m years ago, when global temperatures increased by 5-8C and drove widespread extinction of species on both the oceans and land.

However, scientists not involved in the research caution that the results are still speculative and that other complicating factors could influence if or when a tipping point is reached. The threshold identified by the researchers – a 1,200ppm concentration of atmospheric CO2 – is three times current CO2 concentrations.

If fossil fuel use continues to rapidly expand over the remainder of the century, it is possible levels could get that high. The Representative Concentration Pathways 8.5 scenario (RCP8.5), a very high emissions scenario examined by climate scientists, has the Earth’s atmosphere reaching around 1,100ppm by the year 2100. But this would require the world to massively expand coal use and eschew any climate mitigation over the rest of this century.

Stratocumulus clouds are widespread low-lying clouds, typically present within 2,000 metres of the Earth’s surface. They form large cloud “decks” that typically cover around 20% of the Earth’s tropical ocean regions. They cool the Earth by shading its surface from incoming sunlight, reflecting much of it back to space before it reaches the surface.

Clouds have long been one of the main areas of uncertainty in global climate models. Clouds form and dissipate over scales that are smaller than can be resolved in current global climate models, which makes it difficult to predict how they will respond to future changes driven by increasing greenhouse gas concentrations.

The new study overcomes this hurdle by using a state-of-the-art, high-resolution “large-eddy simulation” model that is capable of resolving the physical processes that govern clouds. The researchers use this model to estimate how cloud properties might change as the world warms.

They found a striking result: in their simulations, stratocumulus cloud decks become unstable and break up into scattered clouds when CO2 levels rise above 1,200ppm. When these clouds break up they no longer shade the surface, triggering global warming of 8C – and as much as 10C in subtropical regions. This is in addition to the 5C or so of global warming above pre-industrial levels associated with 1,200ppm CO2.

Very high levels of CO2 affect stratocumulus clouds by influencing how they absorb and re-emit the heat given off from the Earth’s surface. An atmosphere with lots of CO2 in it is more “opaque” and this causes the re-emission of heat to start at lower levels of the atmosphere. In short, this warms the tops of the stratocumulus clouds – which are typically sustained by cooling at their tops. This also reduces the moisture transported up from the Earth’s surface through convection. Together, these changes make stratocumulus cloud decks more susceptible to breaking up.

The figure below, from the paper, shows this process in action.

It shows three cases: a present-day 400ppm CO2 world (left portion); a 1,200ppm CO2 world (middle); and 1,300ppm world (right). In present-day conditions, stratocumulus clouds reflect 30-60% of the sunlight that hits them back to space. As the Earth warms over time, these clouds gradually sink – and, once a critical threshold is passed after 1,200ppm, they break apart.

The authors find that once the stratocumulus decks have broken up, they only re-form once CO2 concentrations drop substantially, to below 300ppm. They suggest that this would make warming associated with this climate “tipping point” much more difficult to reverse, as CO2 concentrations would have to be drawn down to levels last seen a century ago.

One of the most concerning aspects of climate change are potential “tipping points” – critical thresholds beyond which rapid climate changes occur that are difficult to reverse. Despite a lot of public attention on tipping points, scientists have found limited evidence of them in climate models, at least over time-frames relevant to humans.

The finding in this paper is important, say scientists, because it represents one of the first firm climate tipping points to come out of modeling exercises. As Prof Andrew Dessler at Texas A&M University, who was not involved in the study, tells Carbon Brief:

“Historically, the models have been frustratingly linear and it’s been hard to get them to ‘tip’. But now people have really been hammering the models and they’ve started discovering weird non-linear behaviour.”

The stratocumulus breakup identified in the study also may help to explain some enduring mysteries about temperatures in the distant past, which current climate models have trouble simulating.

As NASA Goddard Institute for Space Science (GISS) scientist Dr Kate Marvel – who also was not involved in the study – tells Carbon Brief:

“The most interesting thing to me [in the paper] is the proposed link to climates of the past. As they note, it’s kind of hard to get models warm enough during the early Eocene. If this is because models don’t account for stratocumulus breakup, then this could explain why the Eocene was very warm despite CO2 being around 2,000 ppm (a little less than twice RCP8.5).”

The paper emphasises that large uncertainties remain and the results they find are very much preliminary. Because they are using a high-resolution large-eddy simulation their model lacks many other factors contained in global climate models that operate over larger geographic scales.

Specifically, climate models suggest that large-scale subsidence in the atmosphere – colder air becoming denser and moving towards the ground – weakens as the world warms. This has the effect of lifting up and cooling cloud tops, which counteracts possible stratocumulus breakup. While the paper tries to account for this, the weakening of subsidence that occurs is uncertain and varies across climate models.

If subsidence weakens on the faster end of the range found in climate models, it would mean that stratocumulus breakup would not occur until CO2 levels reach a much more improbable 2,200ppm – and reform if levels fall beneath 1,900ppm.

Carbon Brief asked Marvel if there is any reason to worry that a cloud tipping point could occur at lower CO2 concentrations. She says:

“I can’t really imagine a complicating feedback that would trigger stratocumulus breakup at a lower CO2 level; in fact, as they point out, weakening the large-scale subsidence in the troposphere would counteract this instability.”

Marvel cautions that while the tipping point found in the new paper is interesting, it “doesn’t merit freaking out”. Existing projections are enough of a concern, she adds: “We already have more than enough reasons to avoid hurling ourselves to an Eocene climate. Let’s try to not get to 1,200ppm.”

Dessler similarly cautions that the results are still quite uncertain, telling Carbon Brief that he is “not worried yet”. He suggests that the study’s conclusions should be viewed “as ‘low confidence’ until more work is done on this and other groups/models can reproduce it.”

The tipping point identified in this new paper should be easy to avoid with any sort of concerted efforts to mitigate climate change, even if they fall far short of Paris Agreement current goals of limiting temperature rise to 1.5C or 2C above pre-industrial levels.

But the potential presence of massive tipping points that could usher in potentially catastrophic warming should provide a sobering example of the risks of climate inaction in the face of large “unknown unknowns” in the climate system.