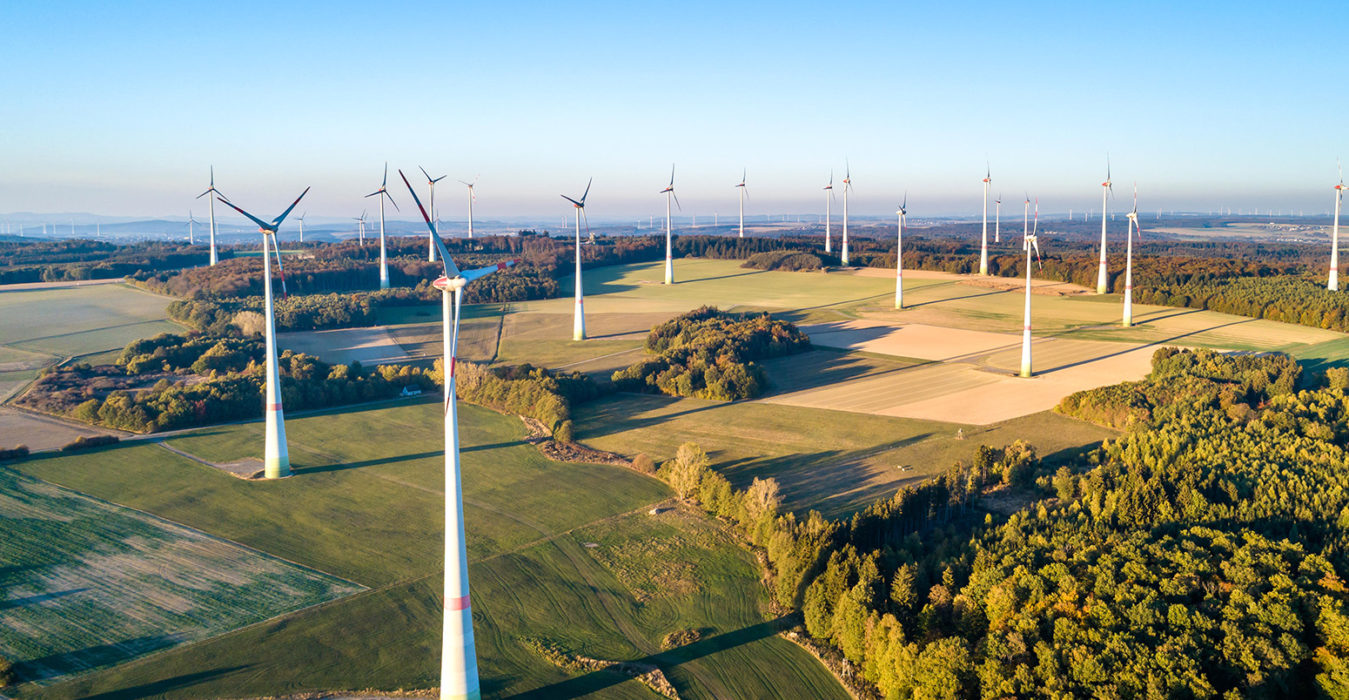 Europe ‘could get 10 times’ its electricity needs from onshore wind, study says

An increased rollout of onshore wind turbines across Europe could technically provide the continent with more than 10 times its existing electricity needs, according to a new paper.

To make their estimate, a team of German researchers took into account changing wind speeds, all the available land and, crucially, futuristic turbine designs that are already coming onto the market.

While they note that generating 100% of Europe’s power from wind would not actually be feasible due to social, economic and political constraints, the scientists say their estimate gives a “significantly higher” figure than most previous assessments of wind potential.

Their paper, published in the journal Energy, also suggests that, as technology advances, the cost of the resulting electricity will be cheaper than previous studies have estimated.

Some nations, including the UK, have struggled with political opposition to onshore wind. However, with the EU facing ambitious climate targets in the coming years, wind is expected to be the biggest contributor to the region’s power supply within less than a decade.

As it stands, the EU is aiming to reduce greenhouse gas emissions by 80-95% by 2050 compared to 1990, amid mounting pressure on member states to agree to a net-zero target.

Achieving these goals will require an enormous shift across the continent to renewable power sources. Germany has already pledged to switch almost totally to renewables by the middle of the century.

However, as demonstrated by the UK – where cuts to government subsidies and tighter planning rules have effectively blocked onshore wind’s progress since 2015 – political, social and economic factors have added significant uncertainty to the future of this technology.

Various studies have attempted to estimate the wind capacity of the entire continent, adding to the body of evidence concerning the technology’s feasibility. These studies take into account factors such as weather patterns and hypothetical locations for windfarms to gauge the maximum potential wind power has across the region.

These studies have tended to estimate a total European capacity of between around 8 and 12 terawatts (TW), which would result in a total annual generation of between 16 and 21 petawatt hours (PWh). Given the annual electricity generation for Europe – according to BP’s Statistical Review of World Energy – is just 3.6PWh, this already vastly exceeds the amount required on the continent.

However, in their new paper the authors explain that they think this is an underestimate when considering future wind generation potential in Europe.

The figure the researchers arrive at is 13.4TW of installable wind capacity across Europe, only marginally higher than previous estimates.

However, the big step up comes from their estimate of average annual generation potential, which is 34.3PWh. This is 13PWh higher than the nearest estimate made by other scientists and 10 times more power than the BP data suggests Europe uses today.

In their paper, the authors attribute this discrepancy partly to their methods of identifying eligible land for windfarm construction and estimating weather. Crucially, they also emphasise their focus on futuristic turbine designs of the type that are expected to become standard in the coming years.

David Severin Ryberg, a PhD student at the Forschungszentrum Jülich in North Rhine-Westphalia who led the study, explains to Carbon Brief why this is so important:

“The use of futuristic turbine designs has a major impact on the outcome of these generation potential investigations and, by extension, will drastically change the result of hypothetical energy system design efforts.”

Over the past decade, there has been a steady increase in turbine capacity, hub height and rotor diameter, and these trends are expected to continue. While other studies have used contemporary turbines as their baseline, Ryberg and his colleagues chose instead to use a futuristic turbine that they think will be widespread by 2050.

They say its features represent “conservative estimates” of future norms based on the historical rate of change and note that such a design aligns with a projection described as “likely” by the IEA. Furthermore, such turbines already exist in the form of the Vestas V136, 4.2MW wind turbine, which made its debut earlier this year in Denmark’s first subsidy-free windfarm.

Andrew Canning from trade association WindEurope tells Carbon Brief it is “highly likely” that “better, more efficient and more powerful turbines” will continue to emerge in the near future:

“We’re definitely seeing a trend over the past few years where wind turbines are becoming more efficient. They have grown in height certainly, but they’ve also become more efficient. They can work at slower and higher wind speeds allowing them to capture more of the wind more of the time, meaning they generate more electricity [for a given installed capacity].”

These newer turbines have the potential to be used in the “repowering” of existing windfarms as well. This is where turbines at an old windfarm are replaced at the end of their life, with newer and often larger models.

Canning notes the case of El Carbito onshore windfarm in Spain, which saw its power capacity boosted from 22.8MW to 31MW after 90 first generation turbines were replaced with 15 new ones.

To undertake their analysis, the researchers first ruled out everywhere that was unsuitable for windfarm construction. This included excluding 800m zones around all settlements and 1.2km zones around the most densely populated areas. More exclusion zones were placed around a wide variety of locations, ranging from airports and power lines to protected bird habitats and campsites.

Even after this effort, the researchers were left with a total area of 1.3 million square kilometres – roughly a quarter of Europe’s entire land area – where windfarms could theoretically be built. This is within roughly the same range as past studies.

They then used an algorithm to identify the maximum number of installation sites for turbines and a simulation to determine the hourly generation at those sites over the course of a 37-year lifespan.

This is where the new projection diverges from previous studies. The combination of increased overall capacity and increased efficiency of the new turbines means it estimates a far higher generation potential. The authors note this significant uptick is not distributed evenly across Europe, with nations benefiting from strong winds, such as the UK, Denmark and Ireland, seeing the biggest potential gains.

Ryberg and his team also consider the cost of wind power under European renewable energy scenarios that have been outlined in the literature. They find that futuristic turbines were able to produce electricity at a cheaper rate than contemporary designs, in part due to their ability to withstand lulls in wind speed better and, therefore, operate with less backup storage. Even in areas where the most windfarms are constructed, they conclude that electricity costs from wind are unlikely to exceed €0.06 per kWh (5p), the study says.

The future of wind

Ryberg notes that their paper is based on a hypothetical situation. While they were careful to exclude unrealistic turbines built “on top of a school”, for example, that does not mean a quarter of Europe would ever realistically be covered in windfarms. He explains why he does not think Europe is heading towards en entirely wind-driven future:

“Much of this technical generation potential would not be economically attractive. Furthermore, the geospatial distribution does not correspond perfectly to all energy demand areas – for example, we find a high wind-generation potential in Sweden, which has a relatively low energy demand compared to Germany, France, Italy and the UK…In addition to this, the ‘intermittency’ of wind is a well-known concept which could make an all-wind European energy system costly – due to energy storage and transmission requirements – and difficult to manage.”

However, this does not mean the paper lacks real-world implications. While politicians in places such as Poland and the UK have resisted onshore wind in recent years, Canning says polls show the European public to be “overwhelmingly” in favour of the technology.

The study conducted by Ryberg and his team shows that not only is an extensive rollout of wind power conceivable, it is likely to be cheap. These facts “speak for themselves”, says Canning, and should influence the decisions of politicians formulating their national energy and climate plans in a bid to meet European emissions goals.

Ryberg says the use of only existing turbine designs when trying to gauge the future systems powering Europe might add bias to their design, putting people off investing in any locations that are not traditionally “strong” for wind power. Using his team’s more up-to-date simulation, he explains the scope can be far broader:

“Since policymakers must rely on these hypothetical energy system evaluations in order to inform their decisions, it is clear that the use of futuristic turbine designs should lead to further proliferation and support for the wind energy sector in Europe.”