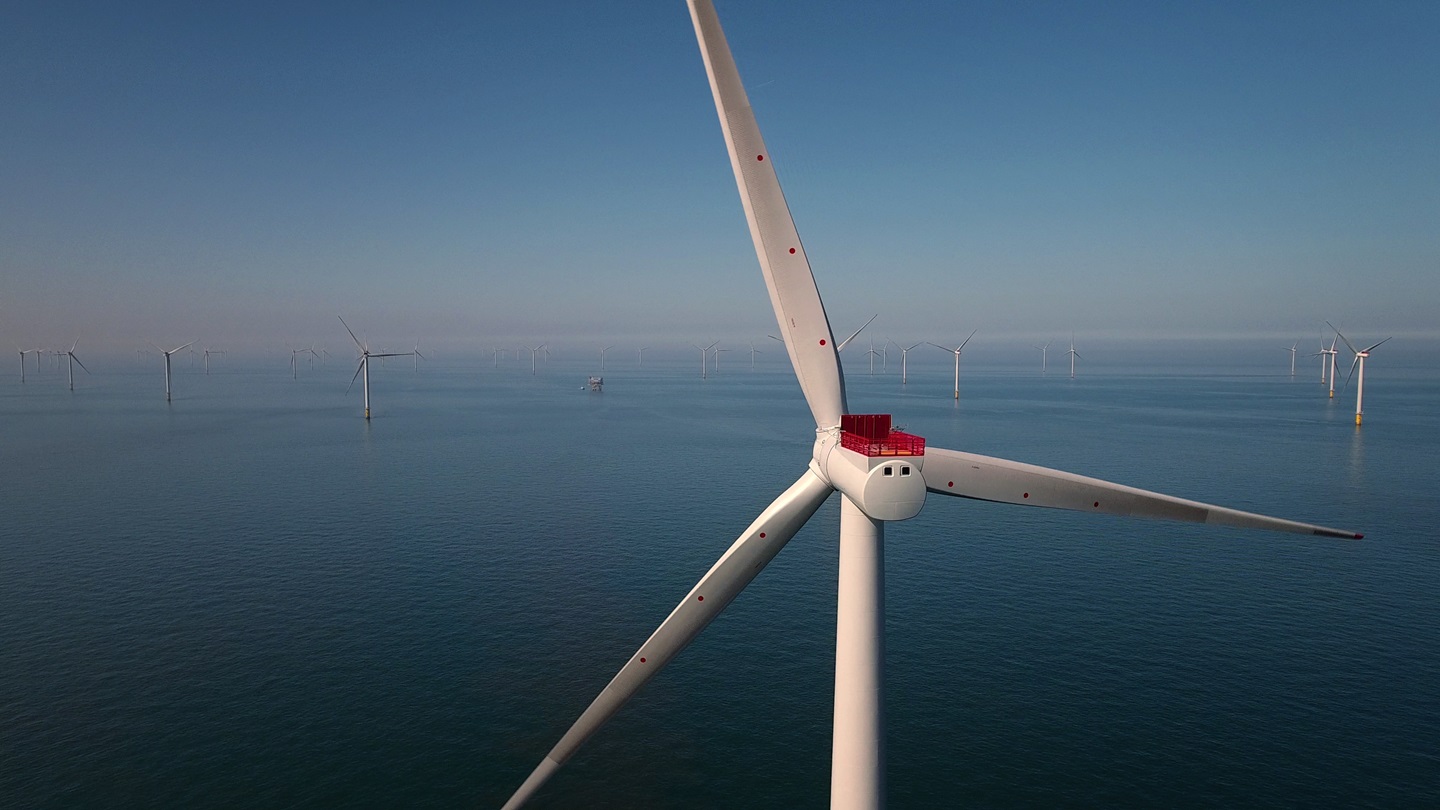 Europe Added 4.5 Gigawatts Of New Wind Capacity In First Half Of 2018

Europe added a total of 4.5 gigawatts (GW) of new wind energy throughout the first half of 2018, according to new data from WindEurope, down by 26% on the same period a year earlier, heralding what some believe are “worrying trends” for the market.

A total of 3.3 GW worth of new onshore wind was installed over the first half of the year, led by Germany, which installed 1.6 GW and nearly tripled that of the next closest coutnry, France, which installed only 605 MW. Denmark trailed in third place with only 202 MW.

Things were a little better off the coasts, with the offshore wind industry installing 1.1 GW, led unsurprisingly by the UK with 911 MW which saw the 573 MW Race Bank Offshore Wind Farm brought online in June (seen right).

The offshore wind industry, which is still theoretically in its infancy, needs to be judged accordingly, but even so, only four other European countries any offshore wind capacity — Belgium with 175 MW, Denmark with 28 MW, Spain with 5 MW, and France with only 1 MW.

“We are on track for a solid year in new wind farm installations but the growth is driven by just a handful of markets,” explained WindEurope Chief Policy Officer Pierre Tardieu, before adding that he believes the “figures also mask some worrying trends.

“France has installed a lot of new onshore wind this year but they haven’t issued a single new permit for onshore wind permit in the last eight months because of an administrative issue – which has also resulted in their latest auction being under-subscribed.  So there’ll be a drop-off in their new build now, creating uncertainty in the supply chain.

“In Germany, it’s good that projects now need a permit to bid into onshore auctions, but that rule now needs to be made permanent. Also, there’s no clarity yet on when the 4 GW new onshore wind promised in the coalition agreement for 2019-20 is going to be auctioned. And the new Government is slow in confirming the auction volumes beyond that. Like all Member States, they now need to give five years’ visibility on future auction timetable and volumes – under the terms of the new Renewables Directive.

“This visibility is key to the supply chain and to keep wind energy jobs and growth in Europe. Investments in manufacturing, skills and R&D only happen when governments give long-term visibility to the supply chain. This clarity helps them to make new investment decisions and bring down costs. Addressing these issues will be key to enable Europe to meet its target of 32% renewable energy by 2030 cost-effectively.”

“And in offshore wind, Europe is too dependent on the UK, which is striding ahead in current installations and in committing to future volumes,” added WindEurope’s Tardieu. “By contrast, the rate of new installations has slowed down in Germany. Other countries also need to beef up and speed up their plans on offshore wind.”

The concern of over-reliance upon one specific country or region is a focal point of concern for WindEurope, as similarly highlighted by Andrew Canning, the organisation’s Press and Communications Manager, who spoke to me via email. “Our main point at the moment is that the European wind market is still heavily geographically concentrated (UK, France, Germany, etc),” Canning explained. “Europe is too dependent on the UK when it comes to offshore wind and in France and Germany there are some worrying trends,” as Tardieu highlighted above. “In terms of other countries, the outlook up to 2030 means we expect growth in countries like Spain, Italy, Sweden and Poland.”

This, however, is the long-term silver-lining — the European Union has recently agreed upon a new renewable energy target of 32% which, while well under what many campaigners and even some EU Member States had been calling for, is nevertheless better than nothing (and better than the previous 27%). This allows the EU to begin focusing on how to bring about this new target, which gives the wind energy the needed clarity.

By 2030, “32% of Europe’s final energy demand will need to come from renewables,” Andrew Canning explained. “This is a significant step forward for wind energy and it means an increasing amount of wind in Europe’s energy mix. That target is a European, one but countries will need to set out in national plans how they plan to contribute to the target – eg. giving information on how much wind they will be deploying and when. This will be key to providing the right investment signals in the wind industry to know when and where to invest and ensure we have a solid build-out trajectory up to 2030.”

Similar clarity was also recently provided by the UK Government in announcing new competitive auctions for the offshore wind sector (and remote island wind providers) beginning in May 2019, and repeating every two years, with the intention of adding between 1 and 2 GW every two years. This burgeoning clarity out to 2030 is not just happening in the UK. Denmark has set a target of reaching 55% renewable energy by 2030, which is set to include 2.4 GW worth of new offshore wind capacity, and Lithuania has set a target of 45% renewable energy in its energy mix by 2030 and 100% by 2050, with wind energy set to account for over half.

“It’s of course great news that the UK has given such strong development signals for offshore wind,” said Andrew Canning in response to the UK’s offshore wind commitments. “This is a good example to follow for other European countries. In terms of other offshore players, we’re expecting strong growth in the Netherlands as well as growth in France, Poland and Ireland.” Specifically, WindEurope expects offshore wind energy to provide a significant portion of the strong growth over the coming decade, as highlighted in the forecast chart below: