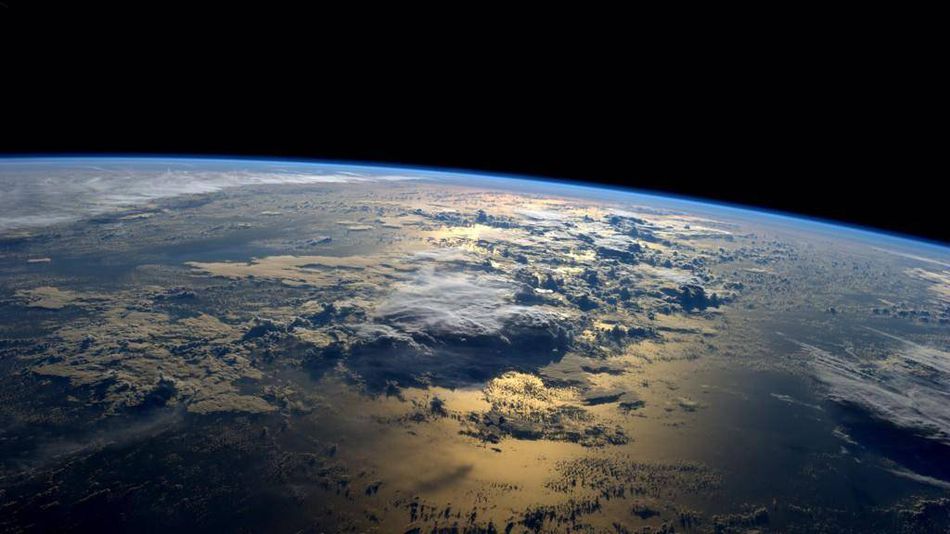 The last three Julys on Earth have been the three warmest ever recorded. But, they may also be the warmest months to occur on our planet in about 120,000 years.

Following NASA’s recent announcement that July 2018 was the third warmest such month since reliable record keeping began in 1880, climate scientist Stefan Rahmstorf, head of Earth System Analysis at the Potsdam Institute for Climate Impact Research, pointed out that this last July — already infamous for scorching Arctic temperatures and record-breaking heat waves — was also likely one of the warmest months since the geologic period called the Eemian.

Warmth-loving hippos roamed present-day Europe, and sea levels, due to melted ice sheets, were 20 to 30 feet higher than today (much of Florida was underwater).

Just out: NASA global temperature for July. It was the 3rd warmest July on record after 2016 and 2017. Since July is the warmest month of the year, the past July was one of the warmest recorded months ever. Likely among the warmest months since the Eemian 120,000 years ago. pic.twitter.com/KGZXh5ZXOS

The Eemian period — and the ice ages before and after it — were natural Earth processes, explainable through simple physics by our orientation to the sun at the time, say earth scientists.

These warming and cooling events happened gradually over thousands of years. But the current rapid warming on Earth in just the last 150 years is unquestionably our own doing, as potent greenhouse gases produced by burning coal and other fuels amass in our atmosphere.

The fluctuations between warm and cold periods on Earth have been “going on forever,” Pat Bartlein, a paleoclimatologist at the University of Oregon who has researched temperatures since the last ice age, said over email.

“But the key thing is that since industrialization, we’ve been put on a completely different schedule,” said Bartlein.

There’s little doubt among scientists that we’re now probably experiencing the warmest climate in some 120,000 years, even reaching above a particularly warm period around 7,000 years ago, during a post-ice age era called the Holocene.

“I agree entirely that it’s very likely the last few summers have been the warmest in the last ~100,000-115,000 years,” David Black, a paleoclimatologist at Stony Brook University, said over email. “It’s very probable that we’ve begun to exceed the warmest part of the Holocene.”

“It is safe to say that it’s true,” added Jennifer Marlon, a research scientist at Yale University’s School of Forestry and Environmental Studies, in an interview. “You’ll find a scientific consensus among experts even on that point now I’d bet, which says a lot.”

Marlon noted that during that hotter time 7,000 years ago, only the northern hemisphere experienced some pretty warm summers, “but now we are warmer year round.”

Back in 2013, Rahmstorf already argued that the current climate had already surpassed this warmest period of the Holocene. And in the last five years, the case has only grown stronger.

What’s more, Earth fell into its last ice age for some 90,000 years after the Eemian ended, a time when saber-toothed cats, dire wolves, and towering Columbian mammoths still roamed the land.

There’s no evidence that any points during that cooler period exceeded the average temperatures we’re experiencing today.

As Earth continues its rapid warming pace, some scientists, looking at what we might expect in the future, have suggested Earth may see Eemian-like conditions in the future, said Black, which would mean a dramatically warmer climate and vastly higher seas.

But the Eemian, like other past climates, might not be a good roadmap for where we’re headed.

“Humans are putting greenhouse gases into the atmosphere at an unprecedented rate,” said Black, adding that “there isn’t an ideal climate analog in the past that we can explore to see what we might expect in the future.”

The critical difference is carbon

A major difference between the Eemian period and the present, however, is the amount of carbon dioxide that’s presently in the air. Today, carbon dioxide concentrations are phenomenally high — the highest they’ve been in 800,000 years.

During the Eemian these concentrations hovered around 280 parts per million, or ppm. Today they’re around 409 ppm.

Scientists have known since the 1800’s that carbon dioxide traps heat, and today’s historic levels — when compared to past natural increases in carbon levels — are simply skyrocketing.

“The pace isn’t even close — this isn’t natural,” Kristopher Karnauskas, a professor in the Department of Atmospheric and Oceanic Sciences at Colorado Boulder, said in an interview.

With all this carbon amassing the atmosphere, the looming problem is not simply today’s warming, but how much more warming is in store.

“We put all this carbon in the air, now it’s going to take a while for everything to catch up,” said Marlon. “The big question is, how quickly will everything catch up?”

Like warming over the last century, these global-scale temperature changes take place over decades to centuries, said Karnauskas. But there’s already enough carbon in the air to raise temperatures considerably more.

“Even under the best case scenario we’re going to double the warming we’ve already seen,” said Karnauskas, who emphasized the need to wean ourselves from fossil fuels.

Another degree or two of warming — if we don’t transition to cleaner energies — would bring us closer to the realm of the Eemian, a time that wasn’t just warmer — it was a period distinctly different from the present day.

“Will the world be a warm world, or a very different world?” wondered Karnauskas.