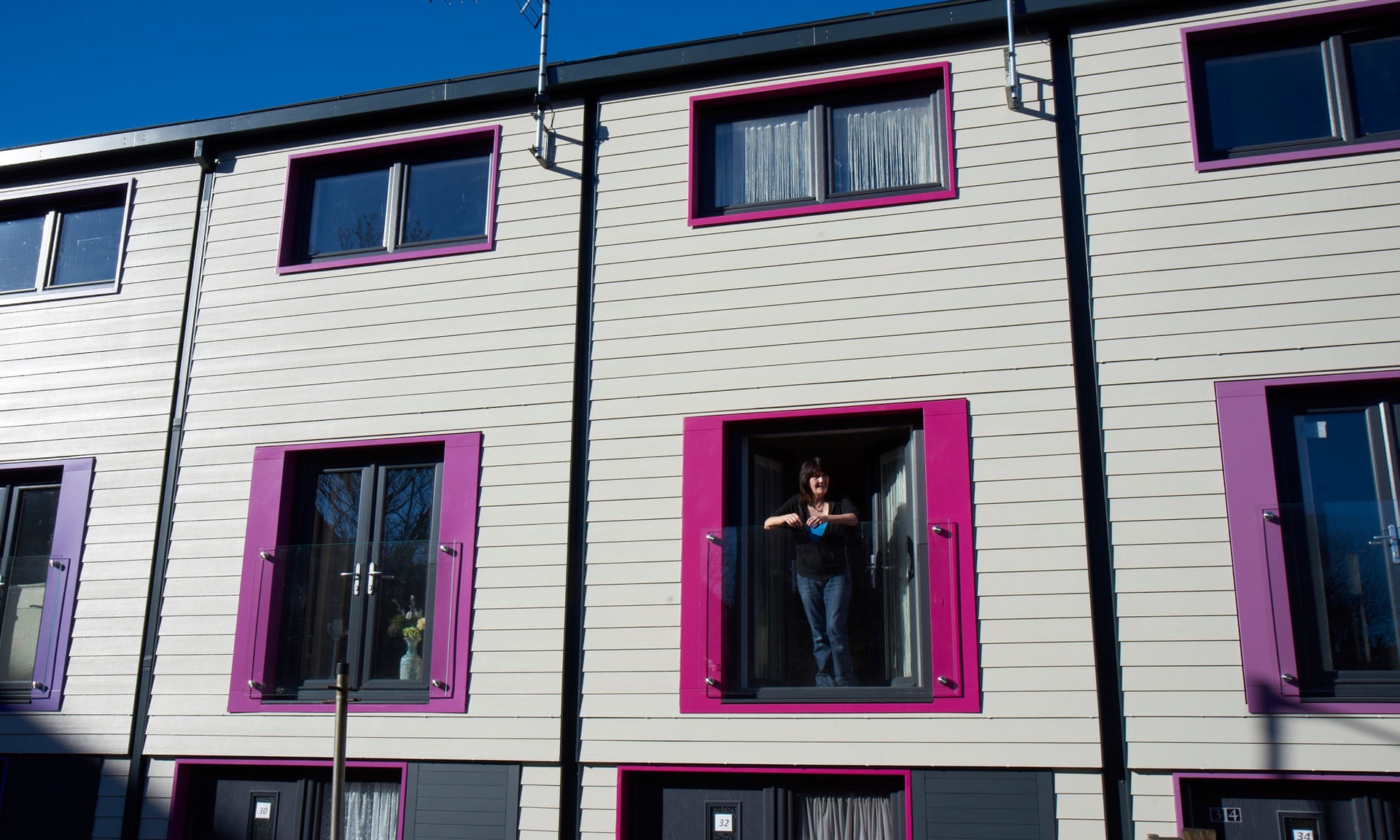 Nottingham pioneers ‘Energiesprong’ after it wins £5m funding from EU

A Dutch approach to transforming old homes through a dramatic green makeover has arrived in the UK and cut tenants’ energy bills in half.

Nottingham has become the first city council to pioneer the “Energiesprong” (energy leap) initiative, which has radically upgraded the energy efficiency of thousands of homes in the Netherlands.

Some tenants in homes already refurbished in a pilot scheme have seen monthly energy bills drop from about £120 to £60-£70.

Joan Warburton, who lives near the city’s Clinton Street market, said her previously cold bungalow was now much more comfortable. “It’s made a lot of difference. It’s warmer. I don’t need my dressing gown now. All the draughts have gone. Before it [the home] looked like a rabbit hutch – it looks like a proper home now,” she said

Previous policies such as the failed Green Deal largely resulted in piecemeal improvements, such as a new boiler or wall insulation. The Dutch approach aims to refurbish the entire house and bring it up to the high standards that will be needed in decades’ time if carbon dioxide targets are to be met.

Emily Braham, who is in charge of strategy and operations at the not-for-profit organisation Energiesprong UK, said: “The reason why this appealed to me so much is it gets us to a much better energy performance, where we have to be in 2050. That’s a huge difference to standard retrofit in the UK.”

Costs are relatively high, at £85,000 per property initially but are expected to fall to £62,000 by the end of the programme. Braham said scale would help costs fall as the supply chain adapted.

“Energiesprong is great, a gold standard – it should be pursued wherever possible for low carbon, low energy bills and high-skilled jobs,” said Pedro Guertler of environmental thinktank E3G.

He added that Nottingham city council is a leader, but most austerity-hit councils no longer had the capacity to lead such work. The Treasury should increase energy efficiency investment by £1bn a year, he urged.

Pilot Energiesprong projects are also planned in Maldon, Essex, and in the Exeter area. Braham said the government had indicated that it was interested in the initiative. There is currently a vacuum in energy efficiency policy, beyond schemes for people in fuel poverty.

Braham said a no-deal Brexit could jeopardise Enegiesprong’s prospects in the UK: “If we left without a deal, it would be a risk.”