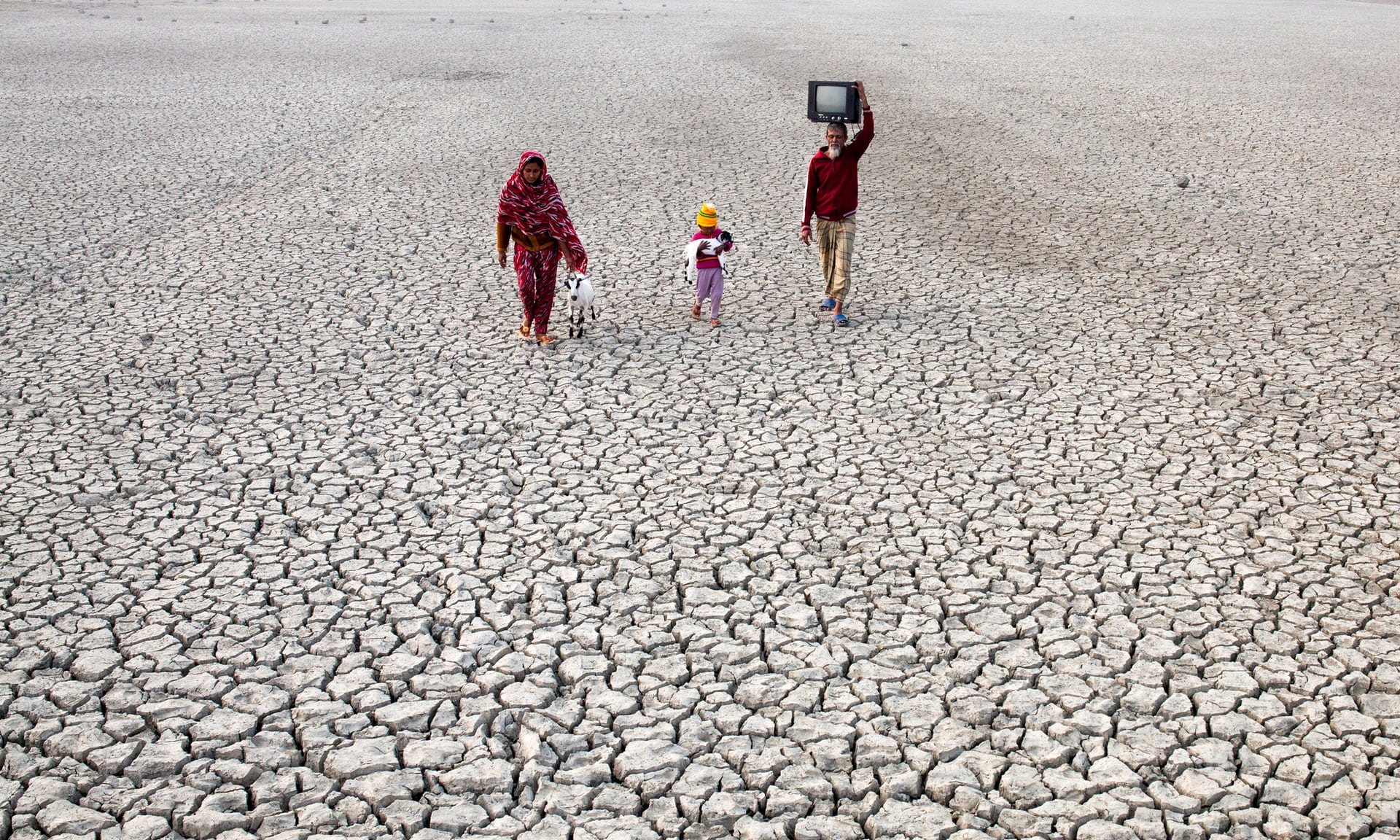 Climate change will drive a huge increase in the number of migrants seeking asylum in Europe if current trends continue, according to a new study.

The number of migrants attempting to settle in Europe each year will triple by the end of the century based on current climate trends alone, independent of other political and economic factors, according to the research. Even if efforts to curb global warming are successful, the number of applications for asylum could rise by a quarter, the authors predict.

Wolfram Schlenker, professor at the school of international and public affairs at Columbia University in New York, and lead author of the study, said: “Europe will see increasing numbers of desperate people fleeing their home countries.”

Bob Ward, policy and communications director at the Grantham Research Institute on Climate Change and the Environment, at the London School of Economics and Political Science, who was not involved with the report, told the Guardian the results should be taken seriously by policymakers, though current forecasting models frequently fail to take such factors into account.

He said: “This study shows how Europe will be impacted by one of the most serious impacts of climate change. Hundreds of millions, perhaps billions, of people will be exposed to coastal sea level rise and shifts in extreme weather that will cause mass migrations away from the most vulnerable locations. We know from human history that such migrations often lead to conflict and war, with devastating consequences. The huge potential costs of migration-related conflict are usually omitted from economic models of climate change impacts in the future.”

Climate change is predicted to result in more droughts, floods, heatwaves, and other extreme weather, as well as more intense storms and rising sea levels. These effects are likely to render agriculture more difficult, if not impossible, across swathes of the globe, including sub-Saharan Africa and parts of Asia.

These effects will also be felt in Europe, but its lower base temperatures, relative prosperity and advanced infrastructure mean the damage could be contained, and make it an attractive destination for migrants.

The new study, published on Thursday in the journal Science, was initiated and largely funded by the EU’s Joint Research Centre, with contribution from the US Department of Energy, and led by scientists at Columbia University in New York.

The authors of the study examined asylum applications in the EU from 103 countries between 2000 and 2014, during which time applications averaged more than 350,000 a year. They compared the applications with information on environmental factors, such as temperature and weather, and adjusted the data for factors such as conflict and political turmoil.

In doing so, they spotted a trend correlating weather and changes in the number of asylum applications. For instance, countries with average temperatures around 20C – the optimum for growing many crops – show a higher number of applications, while there are fewer asylum seekers from areas with cooler temperatures.

The data showed that the more temperatures in a country’s key agricultural regions rose above 20C in the growing season, the more people left their homes for another country. They recorded increases in the number of migrants from hot places such as Iraq and Pakistan when temperatures rose. However, immigration from colder countries fell when temperatures rose towards 20C.

The scientists posit that as the globe warms, the number of people seeking asylum in Europe will correspondingly rise. Warming of 2.6C to 4.8C, which climate experts say is likely unless stronger action is taken to bring down greenhouse gas emissions, would result in as many as 660,000 additional asylum seekers coming to Europe each year by 2100, according to the model.

Linking migration to climate change is controversial. Although many scientists, and many studies, are clear that rising temperatures and extreme weather are likely to increase migration, it is difficult to separate this factor from the myriad other factors that drive people to flee their homes. A drought in Syria from 2006 to 2010 was posited, in a 2015 study, as a factor behind that country’s civil war, which broke out in 2011 and still rages.

Immigration, especially in the wake of the financial crisis and recessions which crippled European economies a decade ago and whose effects are only now beginning to subside, has become one of the hottest political issues in Europe. It was cited as one of the biggest factors in the UK’s referendum on EU membership, and has played a major role in recent elections in Germany and France.

Schlenker said a rise in migration owing to climate change could exacerbate political tensions further. “Europe is already conflicted about how many refugees to admit. Though poorer countries in hotter regions are most vulnerable to climate change, our findings highlight the extent to which countries are interlinked.”

Solomon Hsiang, professor at Berkeley, University of California, and author of a previous study linking conflict and climate change, who was not involved with the current research, said the world must prepare. “We will need to build new institutions and systems to manage this steady flow of asylum-seekers. As we have seen from recent experience in Europe, there are tremendous costs, both for refugees and their hosts, when we are caught flat-footed.”