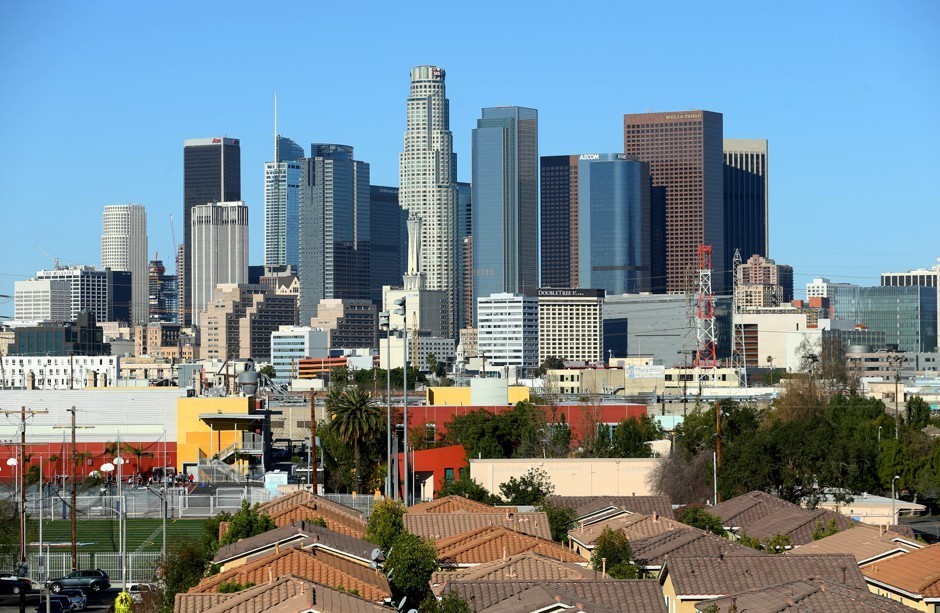 Density's Next Frontier: The Suburbs

According to a new study, the continuing low density of inner suburbs is a major cause of the housing crisis—and a potential solution.

In a recent survey, America’s mayors named housing, and housing affordability, as the number-one problem facing their cities. This concern was not only voiced by mayors of expensive, coastal cities, but in diverse communities across the nation. The biggest culprit, according to a large and vocal chorus of urbanists and urban economists, is outmoded and overly restrictive zoning and building codes—not to mention politically powerful NIMBY groups—which hold back new housing construction.

But according to a report released today by urban housing economist Issi Romem of Buildzoom, many urban cores are actually developing and densifying. And lots of housing continues to get built at the suburban periphery. Romem argues that America’s real housing problem—and a big part of the solution to it—lie in closer-in single-family-home neighborhoods that were built up during the great suburban boom of the last century, and that have seen little or no new housing construction since they were initially developed.

The graphic below, from the study, shows the overall picture across America’s metropolitan areas. There are pockets of high-density construction at the urban core and rapid building along the metropolitan periphery, but lagging growth in the dormant suburban interior. As Romem puts it:

In the past, virtually every patch of land in the metropolitan U.S. continually sprouted new housing, but this is no longer the case. In recent decades, residential construction has become increasingly confined to the periphery of American metro areas, while a growing swath of the interior has fallen dormant and produces new homes at a negligible pace. At the same time, a tiny fraction of the land area, scattered in small pockets throughout the metropolitan landscape, is responsible for a growing share of new home production, primarily in large multifamily structures.

What was once the great suburban crabgrass frontier, to use historian Kenneth Jackson’s evocative phrase, providing upward mobility and a path to a better life in the 1950s, 1960s, and 1970s, has essentially been choked off. The proverbial hole-in-the donut has in many ways shifted from the now-reviving urban core to the increasingly dormant, and in many cases distressed, inner-ring suburbs.

The following maps show the evolution of this process across Greater Los Angeles over the past half-century or so. On the maps, light blue represents areas of new single-family construction; orange indicates areas of medium-density developments, of two to 48 units; red shows areas of large multifamily construction, of 50 units or more; and dark blue indicates virtually no construction at all.

The first map shows L.A.’s development at the dawn of the postwar crabgrass frontier, 1940 to 1960. The great majority of the map is filled with light blue, indicating single-family-home construction, with orange areas of small to mid-sized multifamily construction in and around the urban core.

There is a still a great deal of light blue on the second map, which covers the years 1960 to 1980, and shows these same crabgrass suburbs but stretching out farther into the periphery. There are small specks of red near the urban center, and somewhat larger areas of orange stretching out from the core.

But in the 21st century, the pattern changes dramatically. Now the great bulk of the map is dark blue, dominated by vast swaths of no construction. More than half of LA’s built-up areas have hosted no new housing construction this decade. While most urbanists complain about land-use restrictions in the urban core, and urban NIMBYs, there are considerable areas of red and orange in Downtown L.A., Hollywood, and large parts of the Westside and the San Fernando Valley. The areas with no new housing tend to envelop large swaths of older, closer-in suburbs. From this map, restrictive land-use policies and NIMBYism appear to be more a problem of the old crabgrass suburbs than of the inner city.

While L.A. provides a particularly useful illustration of metro America’s dormant suburbs, it is far from unique. Romem’s study shows how this pattern fits virtually all U.S. metros. Over time, a larger and larger share of these metros’ land is taken up by dormant single-family neighborhoods that are failing to add any new housing.
Still, there are important differences between metros, according to the study. Large Sunbelt metros, such as Atlanta, Dallas, and Phoenix, have demonstrated a much greater capacity to expand outward at a low density, while gradually densifying their cores. Lagging Rust Belt metros like Cleveland and Buffalo have seen much less growth out across their suburban periphery, and modest or minimal densification in their urban cores as well. Many expensive coastal cities, with the Bay Area being the prime example, have slowed their outward expansion due to smart-growth policies. Nonetheless, all these different types of metros have large areas made up of dormant suburbs with little or no new construction.

The reality is that most of the housing stock and most of the land area of America’s metros is made up of relatively low-density suburban homes. And a great deal of it is essentially choked off from any future growth, locked in by outmoded and exclusionary land-use regulations. The end result is that most growth today takes place through sprawl.

While urban densification can house some people—mainly affluent and educated ones—the bulk of population and housing growth is shifted farther and farther out to the exurban fringe. That leads to more traffic and longer commutes, and the social and environmental consequences that flow from them, as this old suburban-growth model is stretched beyond its limits.

But if America’s dormant suburbs are a big part of its housing and growth problem, they can also be part of the solution. Relaxing zoning rules in these neighborhoods would spread population growth more equitably and sustainably across a metro, relieving the pressure of rising housing prices and gentrification around the urban core, and unsustainable growth at the periphery.

“The dormant suburban sea is so vast that if the taboo on densification there were broken,” Romem writes, “even modest gradual redevelopment—tearing down one single-family home at a time and replacing it with a duplex or a small apartment building—could grow the housing stock immensely.” Many of these suburbs are located relatively close to job centers or along major transit lines. They are the natural place to increase density.

There are some signs we may be moving in this direction. After being a sacred cow for decades, single-family zoning restrictions are finally beginning to be reconsidered. In California, state legislators have proposed a bill that would do away with all single-family zoning restrictions in areas that are in close proximity to high-frequency transit. Scott Wiener, one of bill’s authors, has said this legislation would help the state produce more “missing middle” housing: modest apartments and duplexes that are far cheaper to build than steel frame high-rises common in downtown areas. Massachusetts is also considering zoning reforms that would make housing production easier. And around the country, accessory dwelling units(ADUs)—small homes in the backyards or basements of single-family homes—are gaining in popularity.

The great cities of the 21st century not only need more density in the urban core, but more distributed density—the kind of continuous density that allows great global cities like London, Tokyo, Paris, and New York to scale and accommodate larger and larger populations without shifting their footprints ever farther outward. For future-oriented cities, the cranes we see dotting the downtown skyline may be only the beginning.