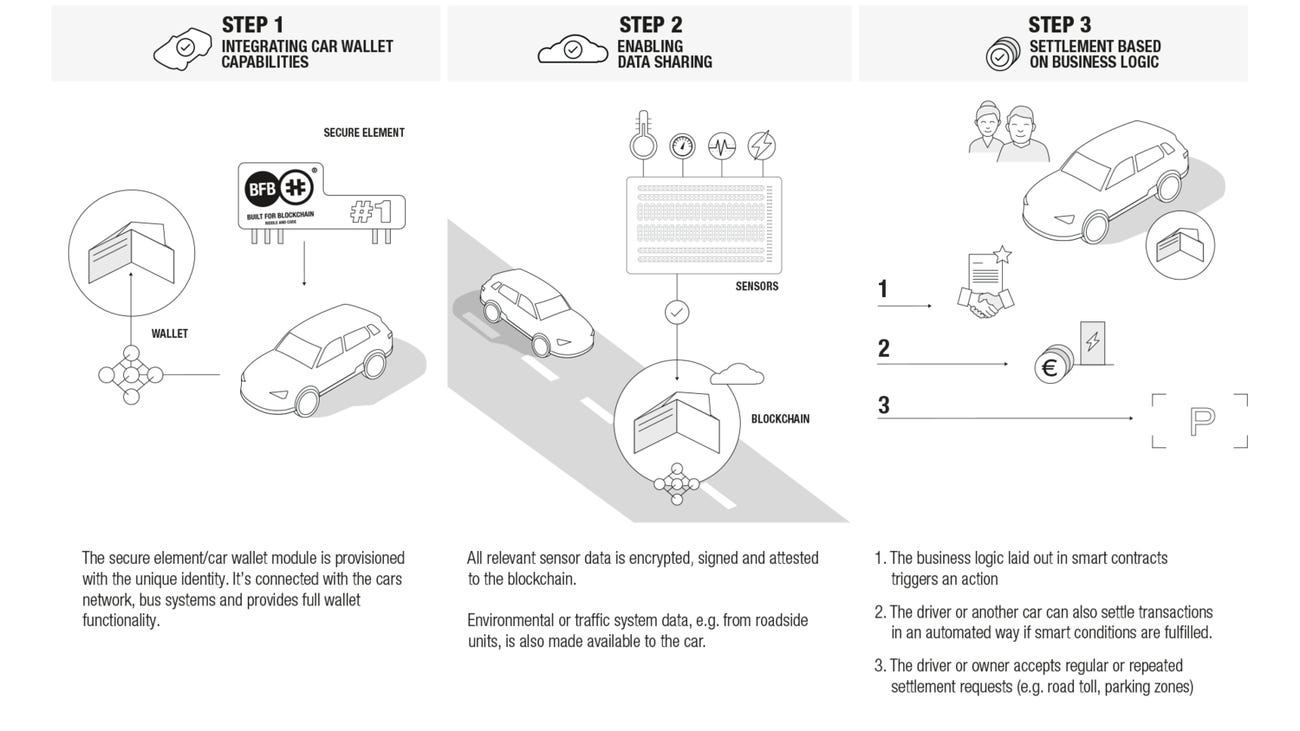 Daimler and blockchain firm Riddle&Code have partnered to produce a blockchain hardware wallet for automobiles, which was presented at Startup Autobahn in Stuttgart, Germany.

The wallet is a tamper-resistant box, powered by Riddle&Code hardware and software, that can be installed in a vehicle to create a cryptographic identity for the vehicle; the wallet encrypts, signs, and attests to data collected from the car and surrounding infrastructure. The box has multiple use cases, including to track maintenance, pay for tolls, and execute smart contracts for rental cars.

The hardware wallet is just a part of Daimler’s larger strategy to leverage blockchain in its business.

The bigger picture: Automakers see blockchain as an opportunity to augment their current business with new services.

Blockchain is an area of interest among other automakers as it can allow them to derive additional revenue from their vehicles — blockchain could enable the automotive industry to create a global market for extra services of over £90 billion ($112 billion) in the next decade.

The hardware wallet could help Daimler improve its mobility partnership with BMW. In February 2019, Daimler and BMW merged their respective mobility services which included car-sharing ventures.

The merged venture can benefit from the blockchain wallet because it enables the company to keep track of its fleet’s health and potentially track users who treat the cars poorly — the wallet can securely record a car’s mechanical condition and other telemetric data at the beginning and end of a user’s journey, for instance. Additionally, the company will have a way to automatically record maintenance, boosting transparency for users.