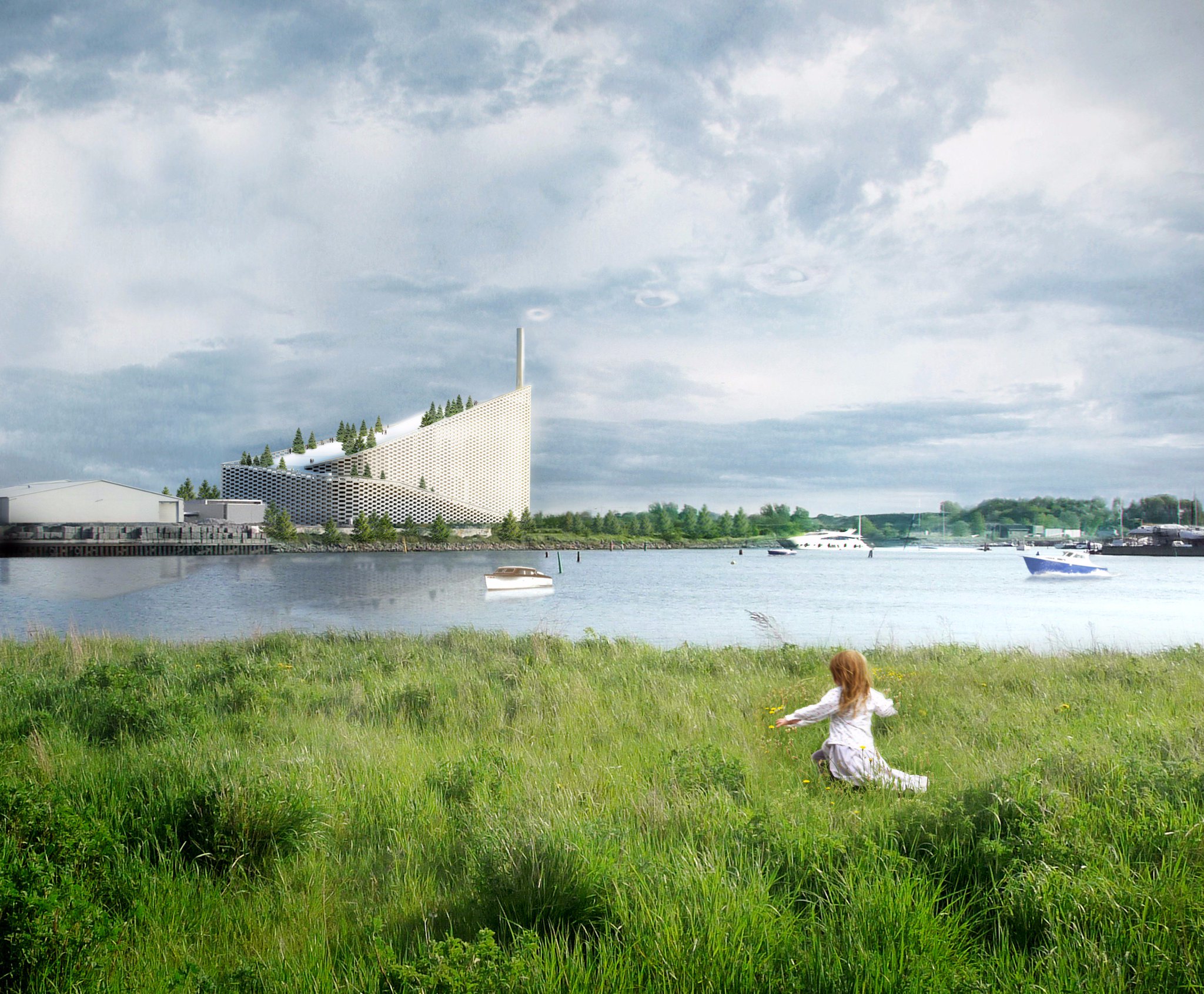 Power and waste management plants are usually kept outside major cities so that residents don’t have to see the plumes of smoke or smell burning trash.

Copenhagen’s new energy plant designed by Bjarke Ingels Group is a little different — it’s both sustainable and an incredible piece of architecture. Dubbed the Amager Resource Center (ARC), the building will turn trash into power that will then go to the city’s grid. When it goes live later this year, it will generate less CO2 than the city’s former plant, too.

The plant’s unique design doesn’t stop there. It will also feature a nearly 2,000-foot-long ski slope and the world’s tallest artificial climbing wall.

Instead of smoke plumes, the plant will blow smoke rings, according to its architects from Bjarke Ingels Group (BIG).

Visitors will be able to ski down the plant’s 1,969-foot-long slope, and climb its 9,537-square-foot climbing wall (which will be the tallest in the world).

In the first year, around 57,000 people are expected to use the ski slope. A recreation area with water sports, soccer fields, and a go-kart track surrounds the building.

The giant claw pictured below will grab trash …

… before it goes to an incinerator.

With the plant, Copenhagen will be able to reuse 90% of its metal waste, totaling 10,000 tons per year.

The $643 million building will be the world’s most efficient waste burning and energy-generating plant in the world.

Compared to the city’s former plant, the ARC will be able to generate 25% more energy from the same amount of waste. It will also emit 100,000 fewer tons of CO2.

The project is part of Copenhagen’s plan to become the world’s first zero-carbon capital city by 2025.

The designers’ goal is to redefine “the relationship between the waste plant and the city.”