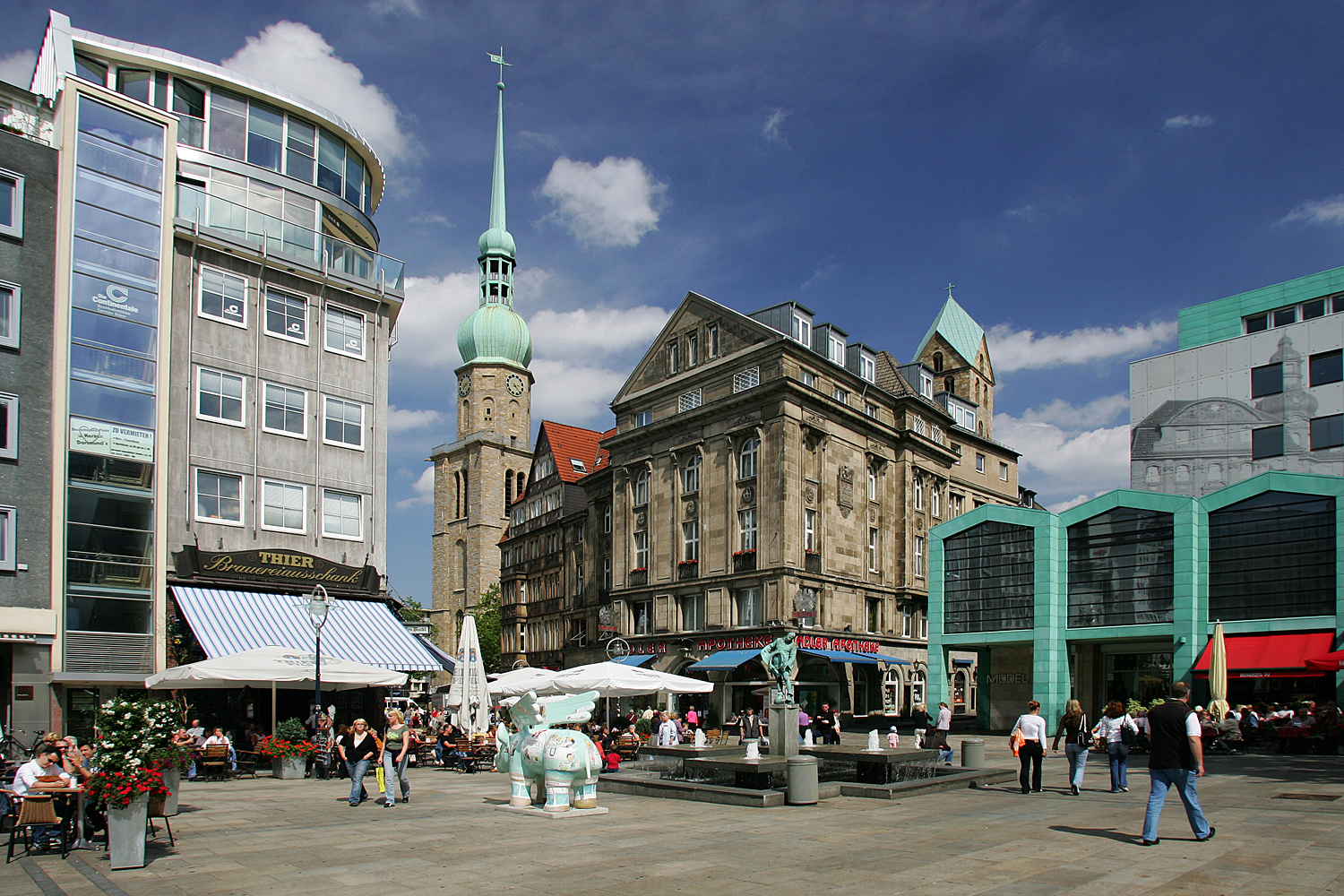 Architect and planner Jan Gehl looks back on how he helped transform Copenhagen into one of the world’s most livable cities and talks about how people can reclaim the streets.

Advocates of bike lanes, shared streets, and walkable cities could take a lesson from their adversaries: If they want to build communities where people, not cars, occupy the pavement, show the receipts. Count all the pedestrians, cyclists, strollers, and café loungers going by, just as highway planners have long tallied up road users in vehicles. Bringing hard data is the only way the government will listen, according to Jan Gehl, the pioneering Danish architect, urbanist, and planner who helped turn Copenhagen into one of the world’s most livable cities over the past 50 years.In a conversation with Annette Becker and Lessano Negussie, the curators of the new exhibit “Ride a Bike! Reclaim the City,” now open at the Deutsches Architekturmuseum (DAM) in Frankfurt, Germany, Gehl discusses his observations and philosophies of how cities can become as bike-friendly, people-friendly, and climate-friendly as Copenhagen famously is.
This interview is adapted from exhibit’s accompanying book, RIDE A BIKE! Reclaim the City, and has been edited for length and clarity. CityLab is a media partner in this exhibit, which runs through September 2, 2018. (And if you’re in Frankfurt this week, Gehl will give a lecture in English at DAMon Thursday, May 3, at 7 pm.)Do you cycle in Copenhagen? And if yes, for what purpose do you use your bike?

I am now 81 years old and I do cycle, but locally. No long trips. I used to commute to work or to the school of architecture when I was younger, but now I take the bus, the train, or the metro. I bike in my local area—that means to the tennis club, the corner store, and the shops.

You travel all over the world. Which city has surprised you most recently in terms of balanced transportation planning?

I have been extremely impressed by what they’ve done in Moscow. In just five years they’ve cleaned up the city, got their parking organized, and introduced wider pavements and bike lanes and a city bike system. They have been very focused on making a much more livable city for pedestrians and bicyclists, and they have done miracles in a very short time.

Another city that has really had a program of balanced traffic is New York. The traffic commissioner, Janette Sadik-Khan, had the mandate to make sure the streets of New York were efficient for New Yorkers, and she just redefined “efficient” to mean “complete.” And then she started to build bicycle lanes and bus lanes.

Certainly, one of the cities that has done the most is Copenhagen. I have been following this for 50 years and it’s amazing how different the city is now. When my wife and I celebrated our 45th wedding anniversary, it was August, and we decided to go to the city center to have a celebration dinner. We live eight kilometers from the center, so we took our bikes and we rode side by side on good bicycle lanes. At that time we were each about 70 years old. When we got married this would not have been possible at all.How did this transformation of public space in Copenhagen take place?

I would say that the public space in Copenhagen progressed in phases. The first phase was to make it possible to walk. That was the period of the pedestrian street, the “Fußgängerstraße,” which lasted from 1960 to 1980. The next period, from 1980 to 2000, was the period focused on sitting and staying. It was the time when all these squares were freed of parking and all the pavement cafés started popping up—the expansion of the cappuccino culture. That coincided with having more leisure time—you are not just rushing out to work or to shop. This culture has been in the Mediterranean countries all the time, but after the 1980s and ‘90s, it really spread worldwide. Next is phase three. That is not about walking or sitting, but being active. It is about places for roller skating or running or bicycling or swimming in the harbor.

Phase four has been because of climate change. What they are doing is reshaping the streets, squares, and parks so they can receive the maximum amount of water. These new plans you can see in some areas of Copenhagen: They make the districts like sponges, with a lot of vegetation, swamp, and lakes. It’s good for the climate and it’s good for everyday life, because the air becomes fresher and these places are wonderful for recreation and for children to play.
Since 2009, the Copenhagen city council has adopted a strategy saying: “We will be the best city for people in the world.” That means the entire city should be organized so that it becomes more convenient, comfortable, and safe for people to walk. This is the fifth phase. In the outer districts, nearly all streets have been changed like this. Where there used to be four lanes, there are now only two car lanes, a little central reservation to separate the traffic, street trees, bicycle lanes, and sidewalks.Are bottom-up movements a good way to move local governments in the right direction?

I really think that’s important. The politicians really need to see what is going on. One of the reasons Copenhagen has gone so far with public spaces and bicycles is that we at the school of architecture at the University of Copenhagen started to study back in the 1960s how people use the city, and we became the world’s center for these kinds of studies. And all the time, we were using Copenhagen as a laboratory. Every time something was changed, we went out and checked how people reacted, and we published that. This turned into a direct dialogue between the university and the city. The people, the citizens, the voters: They were informed through the newspapers and the television about the results. And they started to say, “Hey, it worked well—we want more.”

In your opinion, how important are public spaces as living spaces in a democratic urban society, at a time when digital communication and the commercialization of public space are increasing?

You always hear that—now that we have cyberspace, we don’t need public spaces. But the need for public spaces is, on the contrary, increasing. I think a number of factors in society contribute to that. People live in smaller households. In a city like Copenhagen, every other household is one person. And we are scattering ourselves more and more, we have more square meters per inhabitant, so there are not as many people in each neighborhood as there used to be.We have strong evidence that when you do public spaces and do them well, they will be used. Homo sapiens is a social animal; our biggest interest is other people. And what we can get in our public spaces is indeed direct contact.

In many developing countries, the car is often seen as a status symbol. How can one prevent, at an early stage, these countries from making the same mistakes that were made in Europe?

That’s a major problem. These are the cities that will take the next two billion urban dwellers. In China they had a policy to boost the economy: Everybody should have a car. In their eagerness, they threw out the bicycle from Beijing, which was a city of bicycles. They have come to the bitter realization that was not a smart thing to do. Now they have started to build a lot of metro lines and to reintroduce bicycling.

So there is some hope. In my book Cities for People, I refer to the example of Bogotá. There the mayor, Enrique Peñalosa, realized that 80 percent of his people had no access to a car, while only 20 percent did. But all the investment had gone to the 20 percent for a long period. So he said that, if the economy in Bogotá was to improve, the trick was to have the 80 percent become more mobile so they can move around and get jobs in other parts of the city. So he created bicycle systems and bus rapid transit systems. That is an interesting strategy: Should we use the money for the 20 percent or should we use it for the other group? What will give us the best economic gain for the entire society? This was his way of thinking.

Of course, there is also this prestige thing. Promoting individual mobility by giving everyone a ton of steel and four rubber wheels was a great idea a hundred years ago. But it is not a great idea in cities. The bigger the city, the worse the idea.
“We haven’t thought through the challenge of technology for city mobility. We are stuck with some 120-year-old ideas that the industry is desperately holding on to.”

There are a lot of people saying, especially in the automobile industry, “Once we get the autonomous cars, all the problems will be solved.” But as far as I can see, no problems would be solved, except the problems of the automobile industry—how they can sell another five billion units. I really think it would be wonderful if the future was all about good neighborhoods for walking and cycling combined with a really smart, quick public transport system, where you could take your bike or wheel­chair and your shopping bag and whatever you need to take.

I think we haven’t thought through the challenge of technology for city mobility. We are stuck with some 120-year-old ideas that the industry is desperately holding on to. I tell students: Whenever you hear the word “smart,” beware, because that is somebody who wants to sell as many millions as possible of some new gimmick. And he is not necessarily giving you a better quality of life.

Which three tools would you give to a politician who is interested in designing a city in a bicycle-friendly manner for the future?

If I could give one piece of good advice, it would be based on what we know from Copenhagen. For many years, going back to the 1950s, whenever there was a city planning problem, the traffic engineers were running to the mayor and saying: “Look, we need six more lanes here and three more lanes here and 2,000 parking spaces.” They had the statistics and the arguments ready. On the other hand, there was not a single city in the world that had a department for people and public life. The cities knew everything about traffic and nothing about people, and how and why people use the city.

What we have done in Copenhagen is to make the people who use the city visible and to document what is going on: Where people go, how many there are, how long they sit on benches, how many café chairs we have. We do all this every year, just as if we were traffic engineers. Now the politicians have all the information about the life of the city. Then we can ask them to make their choice.

The moment you start to get the people visible and city life documented, then you can start to plan and make policies: “Here is where we are, but we want to be here.” That’s what the politicians always have done with car traffic. Now we have tools to be just as systematic in caring for the people.