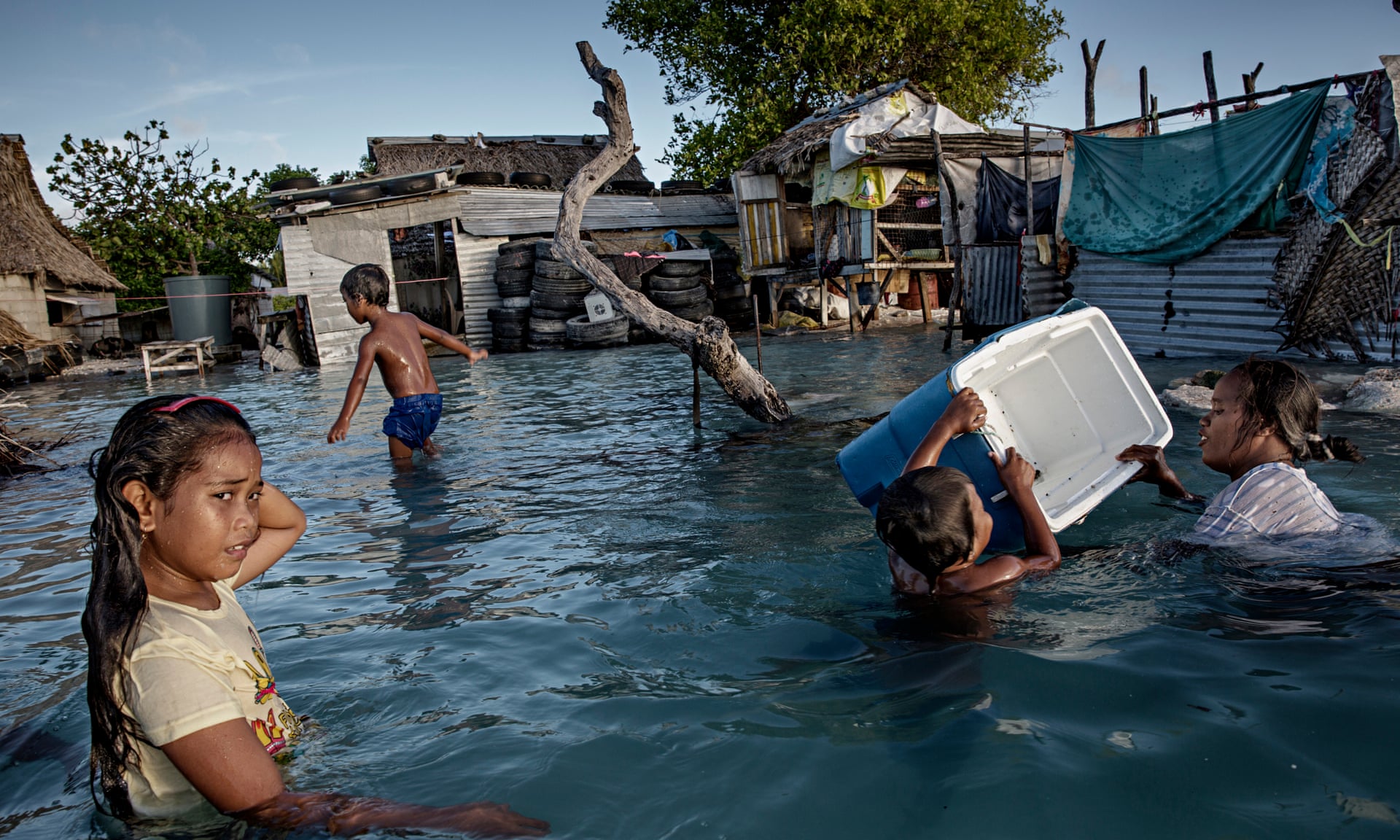 Low-lying atolls around the world will be overtaken by sea-level rises within a few decades, according to a new study

Hundreds of thousands of people will be forced from their homes on low-lying islands in the next few decades by sea-level rises and the contamination of fresh drinking water sources, scientists have warned.

A study by researchers at the US Geological Survey (USGS), the Deltares Institute in the Netherlands and Hawaii University has found that many small islands in the Pacific and Indian Oceans will be uninhabitable for humans by the middle of this century. That is much earlier than previously thought.

Experts say the findings underline the looming climate change driven migration crisis that is predicted to see hundreds of millions of people forced from their homes in the coming years.

More than half a million people around the world live on atoll islands, often extraordinary and beautiful structures based on coral reefs. Their closeness to sea level makes them particularly vulnerable to climate change.

The increase in urgency comes because, according to the authors of the report, previous studies had been based only on predicted sea-level rises. Today’s study also examined the impact of wave driven flooding on the availability of fresh water.

Saltwater flooding, leading to the contamination of water sources, will see most atolls become uninhabitable sometime between 2030 and 2060, said Curt Storlazzi, USGS geologist and lead author of the new report. “The tipping point when potable groundwater on the majority of atoll islands will be unavailable is projected to be reached no later than the middle of the 21st century.”

The primary source of freshwater for populated atoll islands is rain that soaks into the ground and remains there as a layer of fresh groundwater that floats on top of denser saltwater, according to the study. But as atoll islands are regularly swamped by salt water this freshwater will be contaminated making “human habitation difficult in most locations beginning between the 2030s to 2060s, requiring the relocation of island inhabitants or significant financial investments in new infrastructure.”

“The overwash events generally result in salty ocean water seeping into the ground and contaminating the freshwater aquifer. Rainfall later in the year is not enough to flush out the saltwater and refresh the island’s water supply before the next year’s storms arrive repeating the overwash event,” explained Stephen Gingerich, USGS hydrologist and co-author of the new report.

The authors say although the study was focussed on Roi-Namur Island on Kwajalein atoll in the Marshall Islands, the results will apply to people living in atolls around the world – including the Caroline Islands, Cook Islands, Gilbert Islands, Line Islands, Society Islands, Spratly Islands, Maldives, Seychelles, and north-western Hawaiian Islands.

But the fate of people living on atolls will be just one part of the much wider climate migration crisis, said Dina Ionesco, head of migration, environment and climate change at the International Organisation for Migration. “Millions of people are going to be at risk from extreme heat, extreme water shortages and flooding as well as sea level rises… we are talking about something that is going to play a huge role in the years ahead in terms of forcing people to leave their homes.”