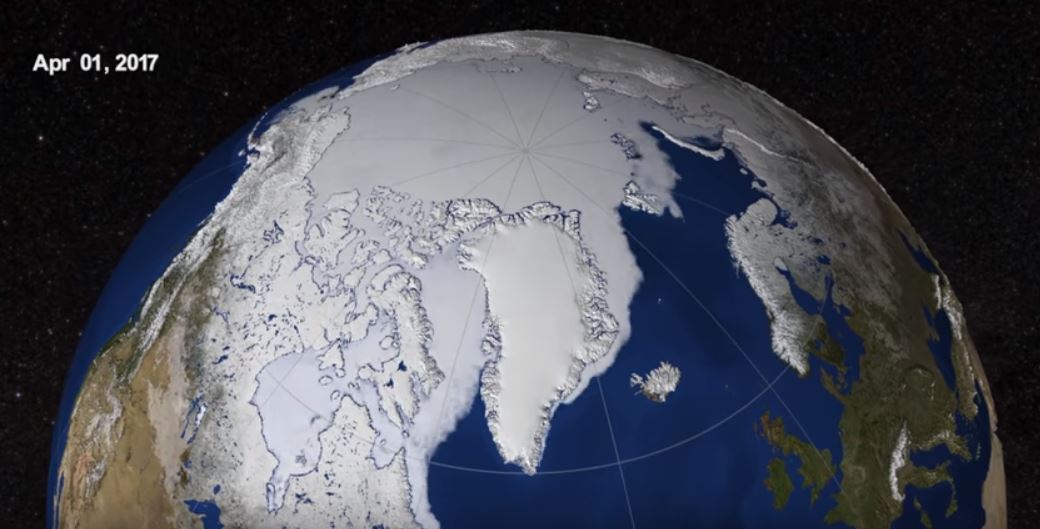 Climate Change — The Earth Is Screaming For Help. Is Anyone Listening?

At CleanTechnica, our main mission is to bring our readers news about how to decarbonize the economy so average global temperatures don’t rise high enough to roast us and every other living thing on the planet out of existence. We try to inform rather than preach. We may cajole on a regular basis, but we try not to shout. Yet if there was ever a time to shout, it is now. Climate change denial is simply endangering the lives of all 7 billion+ souls who inhabit this planet, regardless of age or ethnicity.

The news isn’t hard to understand. It’s not mired in techno-speak that non-professionals cannot comprehend. It’s simply that temperatures in the Arctic right now are way out of whack. According to a report in The Atlantic, at Cape Morris Jesup, the northernmost tip of Greenland, the mercury is reading 43 degrees Fahrenheit — 50 degrees higher than the norm for this time of year. It’s easy to read and then say, “Ho hum. Guess I’ll go check my Facebook page or Twitter feed.” So let me emphasize that bit of information.

At Cape Morris Jesup, the northernmost tip of Greenland, the mercury is reading 43 degrees Fahrenheit — 50 degrees higher than the norm for this time of year.

This isn’t some fake news. It’s not a bunch of scientists banding together to get more research grant money. It involves a simple ministerial task, something even Scott Pruitt could do when he isn’t flying around the world at taxpayer expense — put on a hat and coat, go outside and read a thermometer. No talking points needed. No alternative facts to be bandied about on Fox & Friends.

Assuming the thermometer at Cape Morris Jesup is accurate and hasn’t been hacked by Russian bots, the Earth is sending us a clear, unequivocal message — it is scary hot up here and that is going to affect your comfortable, middle class world sooner than you think. If you thought your grandkids were going to live in the same world you are accustomed to, it’s time for a checkup from the neck up.

200 miles southeast at Cape Nord, the temperature last weekend was a toasty 36.5º F. Something is going on up there in Greenland and it’s not getting any ink in the mainstream media.

“This is an anomaly among anomalies. It is far enough outside the historical range that it is worrying. It is a suggestion that there are further surprises in store as we continue to poke the angry beast that is our climate,” Michael Mann, director of the Earth System Science Center at Pennsylvania State University tells The Guardian. “The Arctic has always been regarded as a bellwether because of the vicious circle that amplify human-caused warming in that particular region. And it is sending out a clear warning.”

A graph prepared by The Guardian makes the seriousness of the emergency abundantly clear.

“Spikes in temperature are part of the normal weather patterns. What has been unusual about this event is that it has persisted for so long and that it has been so warm,” said Ruth Mottram of the Danish Meteorological Institute. “Going back to the late 1950s at least, we have never seen such high temperatures in the high Arctic.”

Indeed, spikes are not that unusual. In 2011 and 2017, record high temperatures were recorded in the Arctic but they lasted only a few hours. The current temperature spike has lasted for 10 days. “In 50 years of Arctic reconstructions, the current warming event is both the most intense and one of the longest-lived warming events ever observed during winter,” said Robert Rohde, lead scientist of Berkeley Earth, a non-profit organization dedicated to climate science.

Unlike the yapping, yowling pack of climate deniers who decry any and all warnings, the climate scientists take a measured, considered approach to the news. Is the sky really falling? Is it time to run and tell the king? “This is too short term an excursion to say whether or not it changes the overall projections for Arctic warming,” says Michael Mann. “But it suggests that we may be underestimating the tendency for short term extreme warming events in the Arctic. And those initial warming events can trigger even greater warming because of the ‘feedback loops’ associated with the melting of ice and the potential release of methane.”

Mann, fellow scientists like James Hansen, and activists like Bill McKibben have been persistent in sounding the alarm but their voices have been largely drowned out by the din created by ExxonMobil and Koch Industries as they fight to save their income streams even if they have to kill every living thing on Earth to do so.

But there is hope. Anthropologists tell us the legend of the Great Flood is known to every culture on earth, even in remote tribes that have had little to no contact with so-called civilization. So perhaps the Earth will simply rest for a few million years beneath a protective cocoon of ocean water until it is time for mankind to regenerate itself once again.

Mistakes are the best teachers, they say. But will those future humans benefit from the errors of their forebears or plunge right back in to the same cycle of greed and destruction that destroyed the Earth in the first place? It’s possible the next generation of humanoids will be smarter and profit from those prior mistakes, but the history of humanity offers few reasons for optimism.