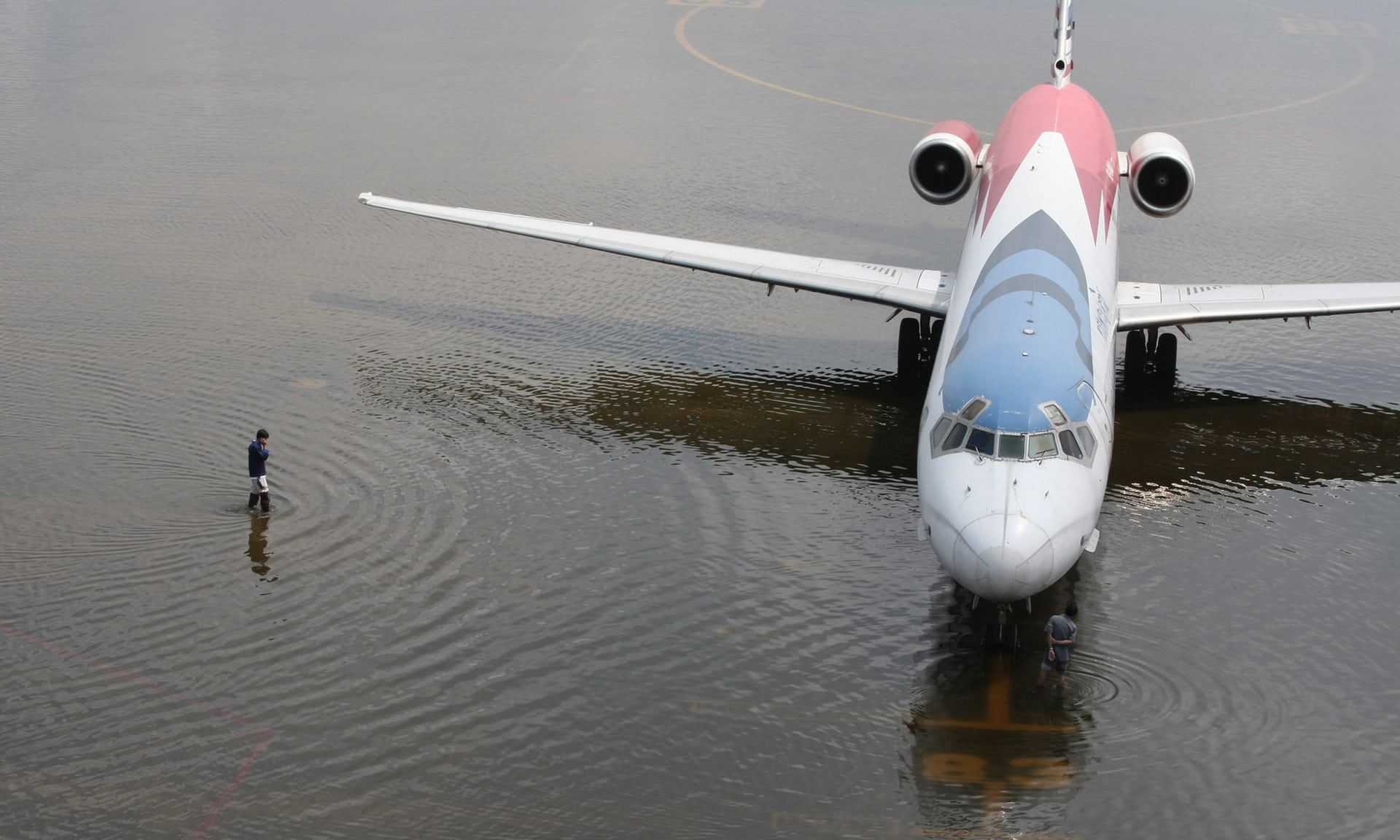 Phoenix gets hot. But not usually as hot as last June, when the mercury at the airport one day soared above 48C. That exceeded the maximum operating temperature for several aircraft ready for take-off. They didn’t fly. More than 50 flights were cancelled or rerouted.

Thanks to climate change, soon 48C may not seem so unusual. Welcome to the precarious future of aviation in a changing climate. As the world warms and weather becomes more extreme, aircraft designers, airport planners and pilots must all respond, both in the air and on the ground. With about 100,000 flights worldwide carrying eight million passengers every day, this is a big deal.

Why is heat a problem for planes? In a word: lift.

Lift is the upward force created by diverting air around wings as an aircraft moves down the runway. It is harder to achieve when the air is scorching hot, because hot air is thinner than cold air. The International Civil Aviation Organization (ICAO) warned in 2016 that as a result, higher temperatures “could have severe consequences for aircraft take-off performance.”

Aircraft will need to jettison passengers, cargo or fuel to get the same lift on a hot day, raising costs and requiring more flights.

“Weight restrictions are likely to have the most effect on long-haul flights, which often take off near the airplane’s maximum weight,” says Ethan Coffel, an atmospheric scientist at Columbia University. “Possible adaptations include rescheduling flights to cooler times of the day or lengthening runways.”

Daytime heat is why long-distance flights out of the Middle East already regularly take off in the cool of the night. But the same will soon apply in the US and southern Europe. That will create problems in places where night and early-morning flights are restricted to help people on the ground sleep.

Future lighter and more fuel-efficient planes will help, says Coffel. But it means the anticipated economic and environmental gains from such advances may be largely offset by coping with warmer air.

Once in the air, flying will feel different too, especially in and around the jet stream, for instance when crossing the Atlantic.

“At cruising altitudes, the north-south temperature difference that drives the jet stream is increasing,” says Paul Williams, a professor of atmospheric science at the University of Reading in the UK. Flying east is becoming quicker in the stronger winds that result, but flying west will be slower. Airline schedulers will need to take the altered flight times into consideration in the future – and flyers may need to be prepared for more frustrating airport announcements of delayed incoming flights.

Flights will also be bumpier, says Williams. “Stronger winds will increase the amount of shear in the jet stream,” he says. Shear creates turbulence – particularly what is called “clear-air turbulence,” which occurs away from storm clouds and is hard for pilots to spot and fly round. “The increase in clean-air turbulence has the potential to be quite disruptive,” says Williams. In other words, get used to keeping your seatbelts fastened.

Climate change will also increase the number and intensity of thunderstorms, and push them upward into cruising altitudes. That will make flying trickier and could dramatically increase the risk of one of the most worrying upper-air phenomena for pilots: high-altitude icing.

High-altitude ice is a feature of thunderstorms, and it is dangerous. The infiltration of tiny particles of ice into turbofan engines has been blamed for more than 100 engine failures in recent years.

In the most notorious high-altitude icing accident, an Air France flight from Rio de Janeiro to Paris in 2009 crashed, killing all aboard, when it stalled after the autopilot disconnected when ice crystals disabled its speed sensors.

Officials of the European Aviation Safety Agency have blamed climate change – along with the failure of aircraft designers to reassess the risks – for the growing frequency of engine failures and other faults due to high-altitude icing. Worryingly, modern energy-efficient lean-burn engines may be more susceptible, Herbert Puempel, an aviation expert at the World Meteorological Organization, warned in the group’s journal.

Some of the most expensive climate-change problems for the aviation industry will be on the ground. That’s because many runways are in places they really shouldn’t be.

Take Iqaluit airport in northern Canada. The permafrost on which it was built is melting. The runway and taxiway have had to be resurfaced as a result. And the melting is deepening.

There will be other such cases. But a more frequent problem is likely to be flooding. Many airports are built on flat, low-lying land, by the ocean or in drained swamps. Such places can be hard to drain and vulnerable to rising sea levels and more intense storms.

When Superstorm Sandy hit New York City in 2012, a storm surge 12ft highinundated the runways of LaGuardia, closing the airport for three days. A tropical storm hitting so far north is widely regarded as an effect of climate change. So expect more such extreme weather.

Sandy was a wake-up call. A federal climate assessment subsequently found 13 major US airports at similar risk, from Honolulu to Miami. Included in the list are San Francisco and Oakland airports, both built on low-lying reclaimed land along the shore of San Francisco Bay.

Civilian airport authorities have been slow to address the issue, but the US military is more proactive. A Pentagon analysis of climate-related risk to military infrastructure, published in January this year, gave pride of place to threats to airfields from sea level rise, storms and high temperatures.

Internationally, there is also rising concern. The scientific consensus is that sea level rise probably won’t be more than one metre this century. But airport authorities believe that they must adapt to much higher waters during storm surges such as that experienced at LaGuardia.

Singapore’s Changi airport, one of the world’s busiest, is raising its new passenger terminal 5.5m above sea level as a precaution against future storm tides. Hong Kong is constructing a wall, eight miles (13km) long, around a new runway.

By those standards, dozens of the world’s great airports should be thinking about runway protection. Bangkok, Schiphol in the Netherlands, Sydney, both airports in Shanghai, London City airport and Kansai near Osaka all fall short.

Maybe more radical solutions are required. Back in the 1990s, Japan built a 1km floating airstrip in Tokyo Bay as a “scale model” for a full-size floating airport that could rise with the tides.

Whether the threat is too much heat for take-off, too much ice to stay in the air or too much water to land, most airports and airlines are approaching climate change as a problem they will address as it arises. But the stark truth, says Coffel, is that the future is now.