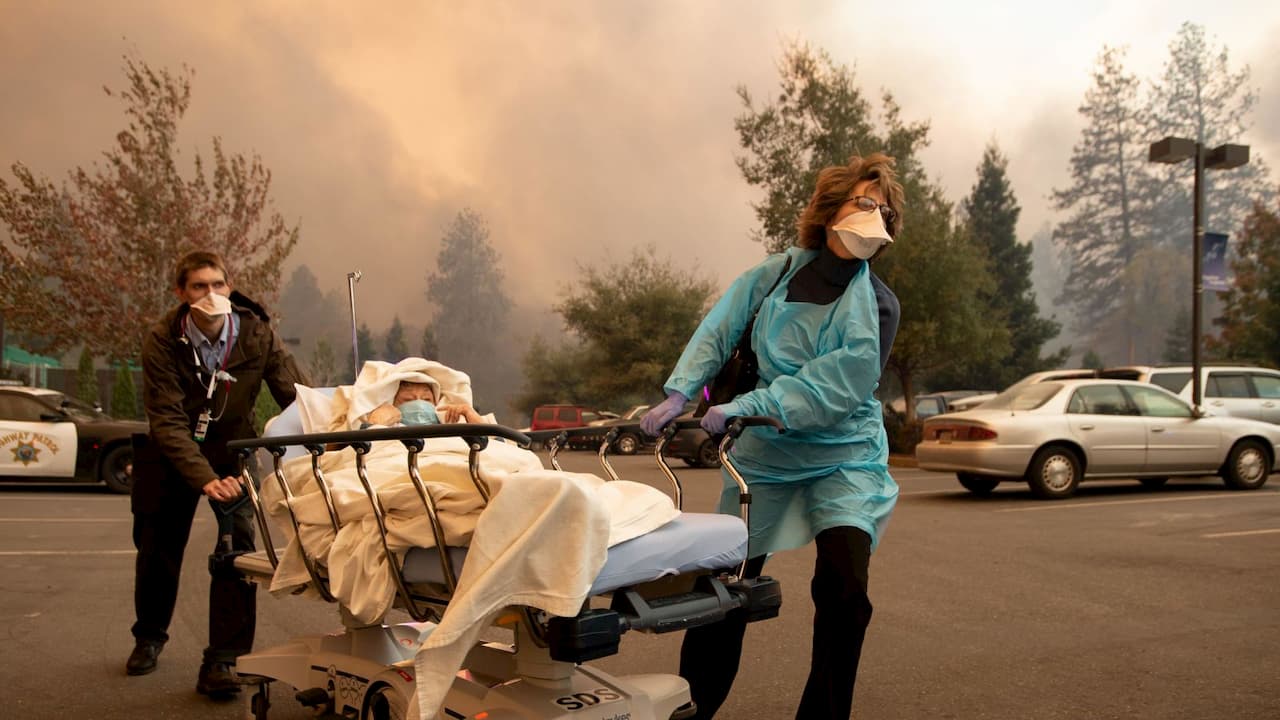 The fossil fuels driving climate change make people sick, and so do impacts like extreme heat, wildfires, and more extreme storms, according to research published on Wednesday. In short, the climate crisis is a public health crisis.

A new report from premiere medical journal the Lancet tallies the medical toll of climate change and finds last year saw record-setting numbers of people exposed to heat waves and a near-record spread of dengue fever globally. The scientists also crunched numbers around wildfires for the first time, finding that 77 percent of countries are facing more wildfire-induced suffering than they were at the start of the decade. But while some of the report’s findings are rage-inducing, it also shows that improving access to healthcare may be among the most beneficial ways we can adapt to climate change.

The report, dubbed the Lancet Countdown, has been released annually since 2015. It aggregates data from around the globe at the intersection of climate and health for the previous year, creating the world’s saddest Venn diagram. As the report’s authors noted in a press call, the findings are meant to show that we are living with climate change here and now.

“This is the first time we feel we can say these health impacts [from climate change] have arrived in full,” Renee Salas, the report’s lead author and Harvard-based doctor, said on a press call. “The more we look now, the more we see it everywhere.”

Heat waves are among the more obvious climate change-linked weather disasters, and the report outlines just how much they’re already hurting the world. Last year saw intense heat waves go off around the world from the UK to Pakistan, to Japan amid the fourth warmest year on record. The Lancet report found that a record 220 million people older than 65—that is, those most vulnerable to heat-related illness—had to face extreme heat. Of those, 45 million alone were in India, where millions remain in severe poverty, meaning that the most vulnerable of the vulnerable were in harm’s way.

The report also found that 2018 marked the second-worst year since accurate record keeping began in 1990 for the spread of dengue fever-carrying mosquitoes. The two types of mosquitoes that transmit dengue have seen their range expand as temperatures have warmed; nine of the 10 worst years for dengue have come since 2000, researchers found. The range of malaria-carrying mosquitoes has also expanded as have conditions suitable for vibrio bacteria responsible for diseases like cholera.

Then there’s the wildfire findings, which are new to this year’s report. Scientists found that more than three-quarters of countries around the world are seeing increased prevalence of wildfires and the sickness-inducing smoke that accompanies them. The biggest increases are in rapidly developing countries like India and China, places where fire is often used for agricultural purposes to clear land. But as last year’s Camp Fire in California showed, long-developed countries aren’t immune to bouts of toxic air.

While these are the risks of rising temperatures manifested, there are also the health risks that come from burning fossil fuels themselves. Air pollution has ended up in people’s lungs where it can cause asthma and other respiratory issues, but it’s also showed up in less obvious locations like people’s brains and women’s placentas. That means from birth until death, we’re living with pollution from dirty energy. The report notes that 2.6 million people died in 2016 from that pollution.

There’s no denying that all this is bleak as hell. But the report also contains a silver lining showing that solutions are at the ready, including some that will not only protect people from the ravages of climate change but also poverty.

“We can do better than to dwell on the problem,” Gina McCarthy, the former head of the Environmental Protection Agency and current Harvard public health professor, said on the press call.

The report found, for example, that despite an uptick in heat waves and heavy downpours that can spur diarrheal diseases, outbreaks have become less common. Ditto for protein-related malnutrition despite the impact intense heat is having on the nutritional value of staple crops and ocean heat waves on coral reefs and fisheries that rely on them. At least some of that is attributable to improved access to healthcare, socioeconomic opportunities, and sanitation in some regions.

We often think about sea walls or other hard infrastructure when it comes to climate adaptation. But rural health clinics and sewer systems fall into that same category, as do programs like affordable crop insurance. The report suggests improving access to financing health-focused climate projects could pay huge dividends as a result, ensuring that people are insulated from the impacts of climate change and helping lift them out of poverty in the process. Of course it also calls for cutting carbon pollution ASAP because even the best equipped hospital in the world isn’t going to be enough to protect people from the full impacts of climate change.