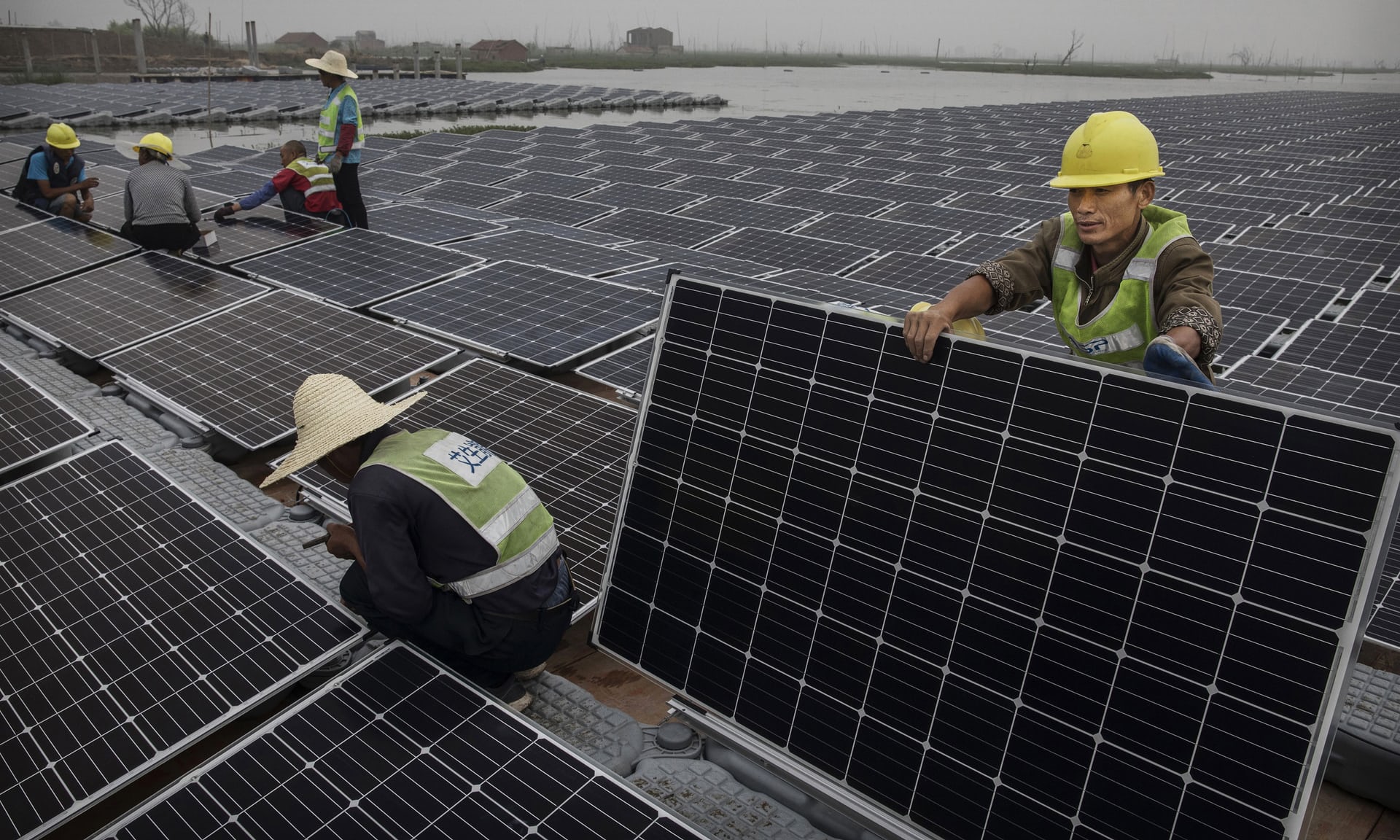 China on track to lead in renewables as US retreats, report says

China is moving towards becoming a global leader in renewable technology as the US pulls away, a new report has said.

China is the world’s biggest emitter of greenhouse gases and still invests in coal but in recent years it has become the largest investor in domestic renewable energy. The country is now on track to lead international investment in the sector, according to the report by the Institute for Energy Economics and Financial Analysis (IEEFA).

“As the global transition toward renewables gains pace and as battery storage and electric vehicles technologies pick up momentum, China is setting itself up to dominate these sectors globally over the next several decades of this century,” said IEEFA.

IEEFA identified a record high spend of more than US$44bn by China on international takeovers and projects worth more than $1bn – a 38% year-on-year growth.

China’s One Belt One Road agenda, which drives infrastructure investment along ancient trade routes, is leading the country’s growth. $8bn of solar equipment has been exported from China since it began, and the country has overtaken the US and Germany to become the number one exporter of environmental goods and services.

“China’s presence in wind power globally is also on the rise, led by international activities of companies such as Goldwind and by China Three Gorges’ diversification away from hydroelectricity,” the report said.

The trajectory is in stark contrast to that of the US, which last year pulled out of the Paris climate accord and has renewed its support for the coal industry. The decision to abandon the Paris agreement “led to China’s quick reaffirmation of its emissions-reduction pledge”, the report said.

“That allows it to further project itself globally as a responsible major power while addressing its domestic air pollution concerns and building world-leading capacity in new energy markets.”

As part of its Paris commitments, China pledged to peak its emissions by 2030 while making best efforts to peak earlier. It would also increase the share of renewable or nuclear energy sources to 20%.

Co-author of the report and director of IEEFA, Tim Buckley, said China was setting itself up as a global technology leader “whilst the US government looks the other way”.

“Although China isn’t necessarily intending to fill the climate leadership void left by the US withdrawal from Paris, it will certainly be very comfortable providing technology leadership and financial capacity so as to dominate fast-growing sectors such as solar energy, electric vehicles and batteries.”

The newly named China Energy Investment Corp created the world’s largest power generator, and with the clean-energy assets of Guodian, Shenhua’s growth was no longer dependent on the pursuit of coal.

The report also found China was “outmanoeuvring other economies” in securing energy commodity supplies such as lithium, nickel and cobalt, allowing them to dominate manufacturing of batteries and electric vehicles.

On Monday, the US federal energy regulatory commission rejected a plan by the Donald Trump-led US administration to provide subsidies for coal-fired and nuclear power plants.

Last year the energy secretary, Rick Perry, proposed moves to slow the phasing out of the ageing plants and Trump vowed to repeal Obama-era environmental regulations in a bid to end a so-called “war on coal”.

However, independent analysis found the subsidies plan would cost taxpayers $10.6bn a year, and the commission on Monday said there was no evidence that retiring coal-fired power plants threatened the reliability of the nation’s electricity grid.