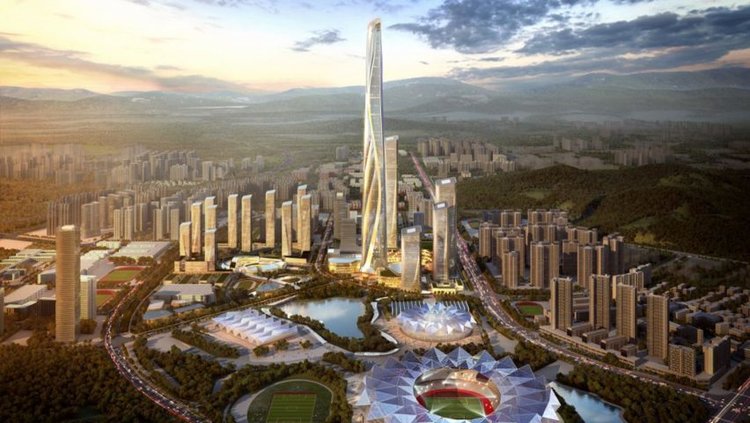 Shimao Group, the Shenzhen-Hong Kong International Centre’s developer, is not releasing many design details yet, but China Daily reports that the firm has invested about $7.5 billion in the project. It will have a floor surface area of over 3.4 million square feet.

The tower will be part of a larger complex that includes apartments, offices, a startup incubator, hotels, shopping centers, international schools, and a convention center in Shenzhen’s Longgang district.

The project builds on the city’s urbanization boom, which began in 1979 when China opened itself to capitalism and foreign investment. Shenzhen — a formerly poor fishing community of just 30,000 people — was the first city the country chose to rapidly develop.

Since then, the city has transformed into one of China’s largest tech hubs and epicenters of high-rise development. In 2017, Shenzhen completed more skyscrapers than any other city in the world. By some estimates, Shenzhen’s population now exceeds 12.5 million, making it one of the fastest growing megacities.