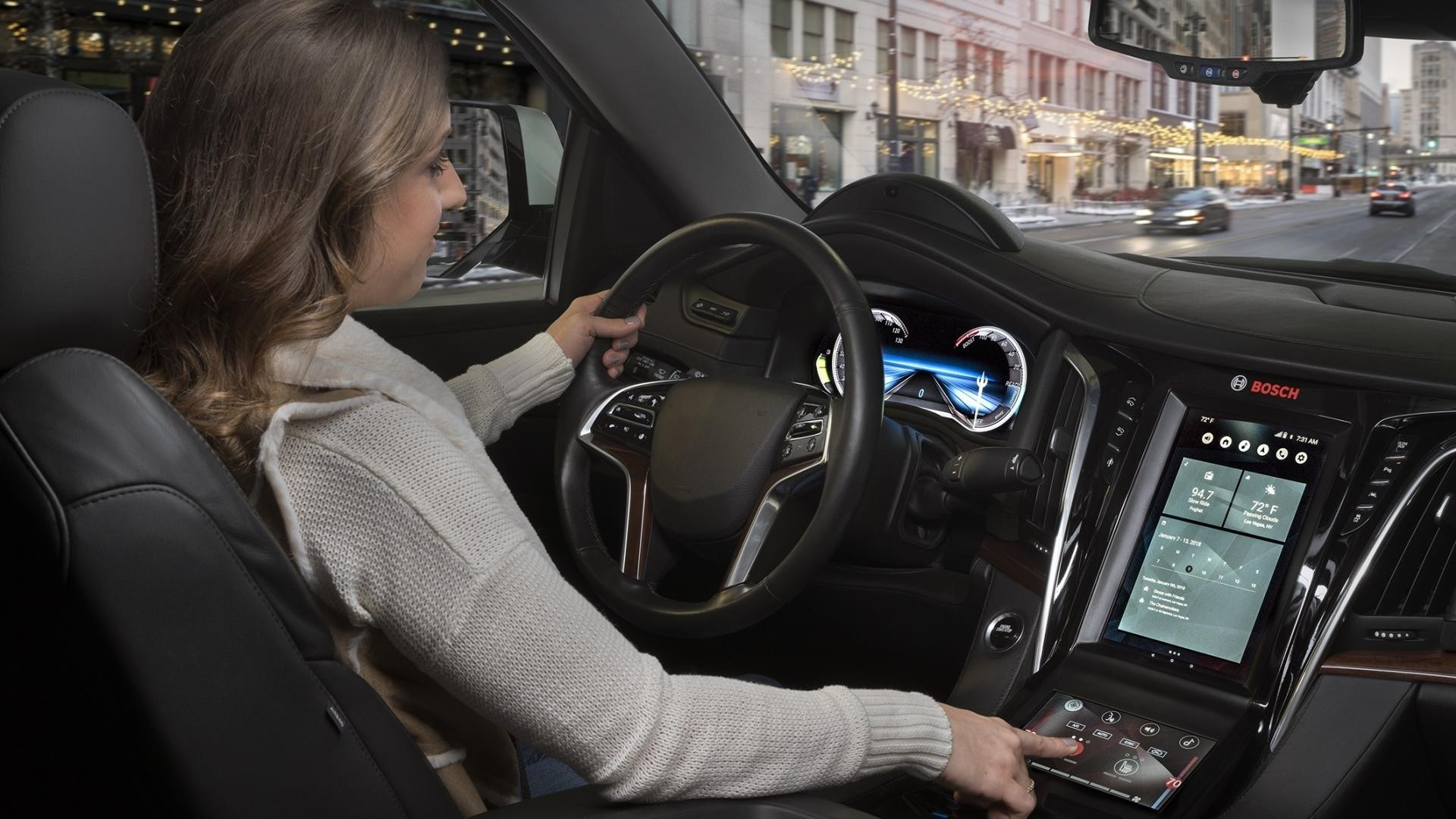 Living in a big city comes with a long list of advantages and an equally long catalog of disadvantages. Gridlock, pollution, and the never-ending search for a parking spot are all part of the second set. Bosch is using clouds, cameras, and sensors to whittle down the disadvantages without taking away the advantages — you’ll still be able to buy a burrito at two o’clock in the morning.

“We need a new conception of the city. One key factor here is technologies that make cities smart and worth living in. In the long run, cities without intelligence will not survive but succumb to gridlock,” predicted Bosch board member Stefan Hartung ahead of this year’s Consumer Electronics Show (CES).

Bosch is ahead of the curve when it comes to making cities smarter, and it has a few tricks up its sleeve as it looks toward the future. It’s already working with 14 major cities including San Francisco, Berlin,  and Tianjin, China, and it’s planning on expanding the list of partnerships in the coming years. Notably, it provided San Leandro, California, with nearly 5,000 LED street lights and developed a way to remotely manage them. They’re only turned on when needed, a solution which will help the city save about $8 million over the next 15 years.

Streetlights, like much else, will become connected. They’ll turn into the city’s eyes — and also its nose. Sensors integrated into the light posts monitor the quality of the air while cameras keep tabs on the traffic flow. Using vehicle-to-infrastructurecommunication technology, they redirect motorists if they detect a traffic jam on a particular street. Bosch hopes to launch the technology in the near future. It’s not as far-fetched or complex as it sounds.

“Using surveillance cameras and what we call video analytics, we’re able to see objects like pedestrians, cars, and bicycles. If we work with a smart intersection we can start doing some things like turn on and off warnings for walkways, alert drivers that there are bicycles in the bike lanes, and prevent traffic jams,” Frank Sgambati, Bosch’s smart city whiz, told Digital Trends.

Getting that information to motorists is another story. There are several possible solutions.

“We’re working with OEMs to pipe the data right through your traditional navigation screen. We could also work with cities by sending information to digital signs. You could also receive the information on your smartphone but then we get into the distraction question,” Sgambati commented.

The way city-dwellers park will soon change, too. Community-based parking sounds utopian, but it’s real and it’s right around the corner. Using ultrasonic parking sensors, cars automatically scan the size of the gap between two parked vehicles and detect if it’s big enough to qualify as a parking spot. The data gets stitched in real time onto a digital map that other connected cars have access to. They can then direct drivers to the nearest suitable spot, which saves the time and hassle of driving around the block.

How does a car know the difference between a parking spot and a driveway? That’s one of the challenges Bosch must overcome.

“What we need to do is build the backbone. We’re literally doing the mapping on our own, with some partners, so we can determine what’s a real parking spot. We’ll then create a digital map stored in the cloud and continually updated as more and more vehicles participate in the program. We’ll have the service available to OEMs by the end of the year,” Sgambati explained.

Bosch has already started testing community-based parking in some German cities, including Stuttgart, and 20 American cities, including Los Angeles, Miami, and Boston, will test the technology this year. And for those who don’t like parking on the street, the German firm joined forces with Mercedes-Benz to build an automated valet parking service. The Mercedes-Benz museum in Germany is currently testing the system.

What about non-traffic-related issues? There are plenty of those to solve, too, including air pollution. Bosch worked together with Intel to develop a microclimate monitoring system named Climo that analyzes 12 parameters important to air quality, including carbon dioxide and nitrogen oxide. The firm points out its system is appreciably smaller than comparable systems, which are about the size of a shipping container, and a tenth more affordable, though pricing hasn’t been announced yet.

Similar technology helps cities monitor rising water levels to reduce the damage caused by flooding. Bosch’s monitoring system relies on ultrasonic sensors and cameras to track a river’s water level. The firm’s cloud receives and processes the information, and it sends out an alert if it detects that critical thresholds have been exceeded. City officials, business owners, and residents get enough prior notice to prepare for an imminent flood.

In other words, it’s cloud versus cloud. But soon, if Bosch has its way, having a cloudover your city won’t necessarily mean yet another rainy day.