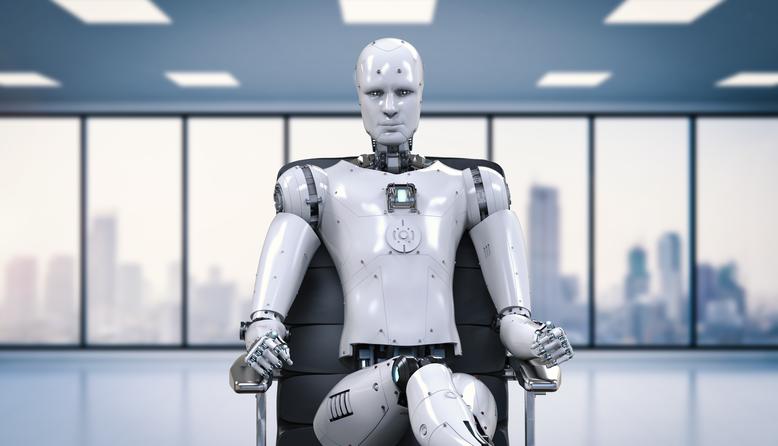 Automation, Artificial Intelligence, and the Changing Role of Building Managers

A follow-up to the question: Will increasing automation destroy jobs in facilities management?

Building automation systems have been common for decades, providing comfort and achieving energy efficiency by managing HVAC, lighting and other systems. These on-premise technologies have made facility management a more productive, effective and enjoyable job.

Moreover, automation in buildings provides capabilities that aren’t feasible for a human to perform effectively. This was true when Warren Johnson (founder of Johnson Controls) patented the thermostat in 1883. Johnson didn’t like the disruptions in his classroom when janitors and other staff came in to check the temperature.

Across the broader economy, there continues to be concern that advanced automation technologies will destroy jobs. Among other key trends, many point to the “great decoupling,” a term coined by Andrew McAfee and Erik Brynjolfsson of MIT, which refers to the deviation of productivity and wage growth. Until the 1980s, these two metrics grew hand in hand. Now, productivity continues to rise while wages are stagnant. Many believe technology and automation are to blame.

Since I wrote my last article on automation in buildings, which argued that these technologies would be a job creator in buildings, there have been a number of interesting papers on the broader topic of automation and jobs.

First, research and advisory firm Gartner highlighted the significant benefits of AI augmentation — humans working with technology. Gartner notes that the impact is nonlinear: “Many significant innovations in the past have been associated with a transition period of temporary job loss, followed by recovery, then business transformation, and AI will likely follow this route.”

Deloitte published a white paper that analyzed job changes in England and Wales over the past 144 years (since 1871) and the impact of technology. Deloitte’s high-level findings are that technology has created many more jobs than it destroyed, saved Britons from “dull, repetitive, and dangerous work,” and “lowered the cost of essentials, raising disposable incomes and creating new demand and jobs.”

Are these wider economic trends relevant to the building and real estate industry? What does a similar analysis of job growth indicate?

The Bureau of Labor Statistics (BLS) publishes detailed employment data by job category. Recent editions of the Energy Information Administration’s Commercial Building Energy Consumption Survey (CBECS) include penetration rates for building automation systems (and other technologies). One can draw some conclusions by comparing these data sets, much as the Deloitte researchers did. (Note: BLS states that due to its collection methodology, year-over-year comparisons are not precise. That said, directionally they are indicative of changes in employment.)

A few BLS occupations were selected for this brief analysis: Heating, Air Conditioning, and Refrigeration Mechanics and Installers (49-9021), Engineering Managers (11-9041), Security and Fire System Installers (49-2098), Elevator Installers and Repairers (47-4021), and Construction and Building Inspectors (47-4011). These are not the only roles within building management, but they are specific enough to buildings that some insights and conclusions can be made. BLS combines other key building and facility roles within larger employment buckets, making it difficult to identify trends within this industry.

There are two relevant employment categories that have seen reductions in employment numbers. Architectural and Engineering Managers, which include occupations like Mechanical Engineering Director and Global Engineering Manager, have dropped from 242,280 in 2000 to 178,390 in 2016. The Elevator Installers and Repairers role has seen a slight decline from 25,100 jobs to 22,240. These are declines of 1.9 percent and .75 percent each year, respectively.

Architectural and engineering manager employment could be declining due to more outsourcing of facility management to roles like HVAC mechanics. Or, broader economic trends like the great recession could have impacted the total job count as corporations shed some auxiliary and support roles. The slight decline in elevator installation and repair may be due to increasingly reliable equipment that needs less maintenance and lasts longer.

CBECS does not align directly with these employment categories, but it does indicate that more buildings are being automated and equipped with technology. For example, the survey notes an increase in the penetration of “Energy Management and Control Systems,” an analogue for a building automation system (BAS), from 9.9 percent of all commercial buildings in 1999, to 14.1 percent of buildings in 2012 (the most recent year of CBECS data).

At the same time, there has been a slight decline in HVAC maintenance, from 59.8 percent to 57.2 percent. With around 5.5 million commercial buildings in the U.S., a 2.6 percent decline means that many buildings no longer conduct routine maintenance. That alone should lead to a reduction in total HVAC employment, because it is a very manual service- and human-driven job. However, the exact opposite is happening: There are many more HVAC installers and maintainers.

At the same time, CBECS also reports that more buildings are cooling their floor space: The percentage of space that is not cooled has dropped from 23.6 percent in 1999 to 19.7 percent in 2012. And, the percentage of space that has 100 percent of the floor cooled has increased from 38.6 percent to 43 percent. Overall, it seems that the increase in HVAC penetration and the increase in BAS penetration are driving higher employment, while the reduction in HVAC maintenance may be due to more reliable equipment that requires less ongoing service.

Based on these reliable data sources, it appears that buildings are being automated and employment in the industry is growing. Moreover, beyond raw employment numbers, other key trends are starting to impact building operations. First, the roles themselves are changing.

In its Future of Work report, the World Economic Forum investigates the skills that will be required in the future for many different jobs. When looking at installation and maintenance jobs, the researchers note that the role “will see great productivity enhancements and strong growth in green jobs such as the installation, retrofitting, repair and maintenance of smart meters and renewable energy technologies in residential and office buildings, but — at an aggregate level — will also come face-to-face with the efficiency-saving and labour-substituting aspect of the Internet of Things.”

The report also notes that while some tasks will be automated, others will simply become more analytical or change in other ways. It’s safe to assume that with the substantial increase in data from buildings, many of the roles operating and maintaining them will become more data-driven.

Moreover, the International Facility Management Association and Royal Institution of Chartered Surveyors released last year the third edition of a report focusing on the talent gap in facility management. The high-level findings are that the industry needs an influx of young, new talent (more RICS members are over 70 than under 30).

In general, the role as practiced continues to be too tactical. Based on a survey of 2,500 facility managers, the report notes that the head of facility management role still spends almost 50 percent of his/her time on day-to-day tasks and only 30 percent on strategic planning. The report notes that occupant demands of the office are rising, a war for talent continues, and concerns like health and well-being are becoming top of mind.

Facilities management leaders (and their teams) will need to adapt to these expectations, which will change the role and responsibilities. The survey also notes that many respondents suggested that facilities management should be focused on “helping people to do work rather than managing service provision.“ It seems that more automation may help facility managers and their teams become more strategic and adapt to the changing expectations of the role.

Second, there is an emerging talent gap in facility management. Siemens recently said that it is having trouble filling factory maintenance jobs, which entail diagnosing problems in industrial machinery. Siemens representatives profiled in the article note that in the past, a technician could listen to a machine and quickly diagnose the problem. These days, it’s rare to find employees with such a skill set, so automation and artificial intelligence could fill the gap while continuing to employ workers to make repairs and cultivate relationships with clients.

Facility management employment continues to grow, as does demand for advanced technology in buildings. A recent study commissioned by Dell and Intel found that 44 percent of employees think their office is not smart enough, and 57 percent believe that within five years, they will be working in a smart office. Dell and Intel include an IOT-enabled workplace in their definition of a smart office.

For now, it does not appear that automation will lead to significant job losses in the industry. However, facility and building managers need to address other, more critical issues, such as training employees to be prepared to use rapidly advancing technology and attracting more talent to the industry.