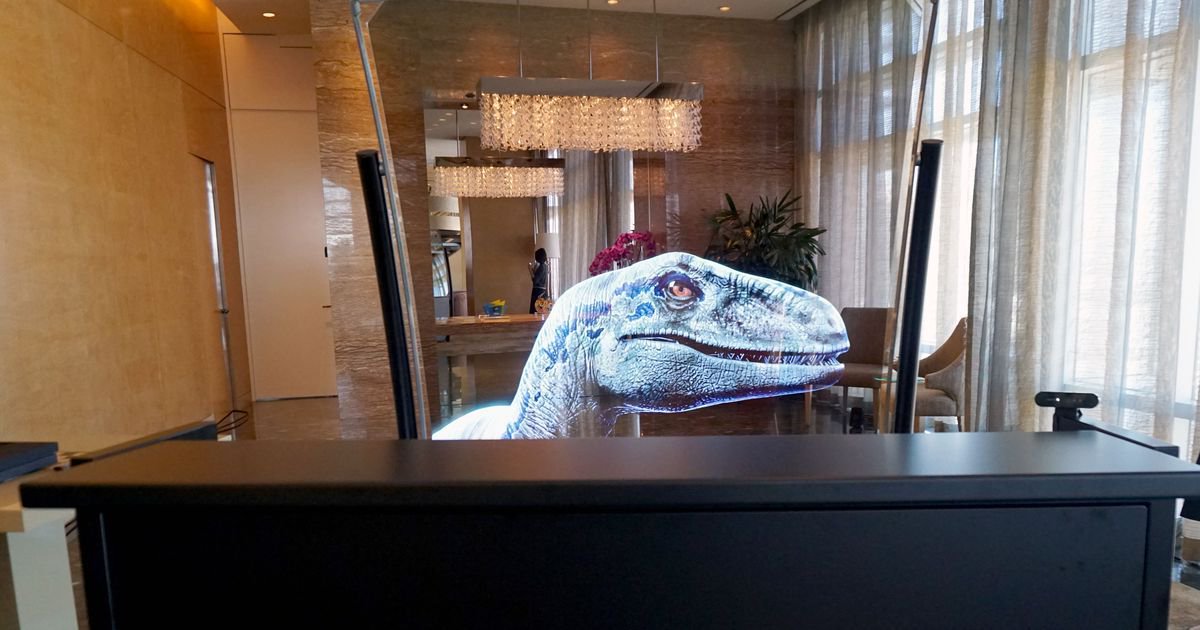 Augmented reality doesn’t need to be confined to your phone screen or a pair of glasses — it can be life-sized.

That’s what one company is proving with its massive augmented reality windows that let you view mixed reality without donning a headset or firing up a special app.

Called DeepFrame, the massive curved displays create life-sized projections that appear as if they are overlaid onto the world around you.

Created by Danish company RealFiction, the displays are surprisingly simple. Each one consists of a single piece of clear 64-inch glass that’s made with specially designed optics that are able to reflect an image that’s projected from a normal display, like a television or monitor.

Besides being able to beam content from a TV, in the setup I demoed, RealFiction showed off how DeepFrame could be used as a futuristic telepresence tool. A camera setup in an adjoining room allowed me to chat with a life-sized projection of RealFiction CEO Clas Dyrholm.

DeepFrame isn’t intended for your average consumer, though — at least, not yet. RealFiction is now focusing on selling DeepFrame to larger businesses. Dyrholm says the displays could be especially useful in retail stores and shopping malls, hotels, and car dealerships.

And, for good reason. The displays don’t come cheap; the starting price for a single DeepFrame starts at around $50,000, according to the company.

But Dyrholm says its technology could be used with smaller devices, like tablets and phones, which would open up the potential for more consumer-ready applications.