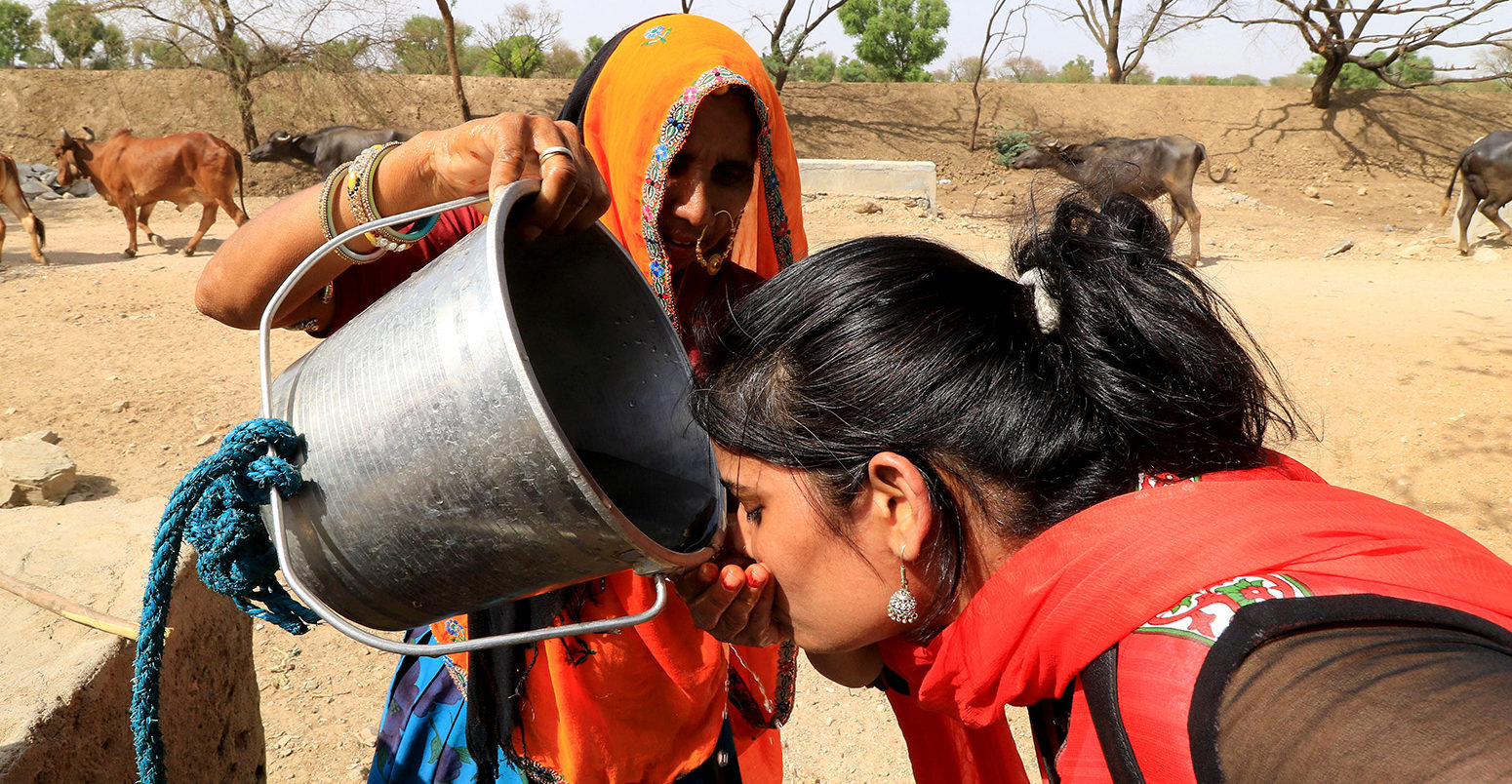 Analysis: ‘Global’ warming varies greatly depending where you live

As part of the Paris Agreement on climate change, the international community committed in 2015 to limit rising global temperatures to “well below” 2C by the end of the 21st century and to “pursue efforts to limit the temperature increase even further to 1.5C”.

Furthermore, global human population is concentrated in specific regions of the planet.

Here, Carbon Brief analyses how much warming people will actually experience where they live, both today and under future warming scenarios.

Warming is not globally uniform

Different parts of the world respond in different ways to warming from increasing greenhouse gas concentrations. For example, ocean temperatures increase more slowly than land temperatures because the oceans lose more heat by evaporation and they have a larger heat capacity.

High-latitude regions – far north or south of the equator – warm faster than the global average due to positive feedbacks from the retreat of ice and snow. An increased transfer of heat from the tropics to the poles in a warmer world also enhances warming. This phenomenon of more rapidly warming high latitudes is known as polar amplification.

Both of these effects can be seen over the past century. The figure below shows warming measured between the start of the 20th century (1900 to 1920) and present (1998 to 2018). Grey areas represent regions where insufficient temperature records were available early in the 20th century.

Over this period, on average, the world has warmed about 1C. However, land areas have warmed by 1.3C, while oceans have only warmed by around 0.8C. Some parts of the Arctic have warmed by more than 2C, with a few hotspots of even greater warming where cooler sea ice has been replaced by warmer open water.

By the end of the 21st century, climate models project future average global warming between around 1.5C and 5C, depending on greenhouse gas emissions and the sensitivity of the climate to those emissions. These models show both the land warming faster than oceans and polar amplification continuing into the future.

The figure below shows the average warming between 1900-1920 and 2080-2100 experienced across all of the climate models – called CMIP5 models – featured in the Intergovernmental Panel on Climate Change (IPCC) fifth assessment report. It looks at warming across the four different Representative Concentration Pathway (RCP) future emission scenarios. These span a world of rapid reductions in emissions where warming is held well-below 2C – RCP2.6 – to a world where emissions increase rapidly through the 21st century – RCP8.5.

As land areas warm faster than oceans, the fact that people live on land means that they will tend to experience faster warming than the global average change. This is somewhat mitigated by the fact that areas of highest population – India, southern China and southeast Asia – generally experience somewhat lower warming in the future than most other land areas. At least, that is according to the average across all the models.

While predicting exactly how the distribution of population will change by the end of the century is difficult, the existing population locations are still likely to be among the heaviest populated in 2100. However, rapid population growth is also expected in Africa, which may be home to up to 40% of the world’s population by 2100.

Carbon Brief has combined the 2020 population map with climate model projections to estimate how much warming people will experience by the end of the 21st century. This follows similar efforts by Dr Flavio Lehner and Prof Thomas Stocker in a 2015 paper, Dr Luke Harrington and colleagues in 2016, and Prof David Frame and colleagues in 2017.

The figure below shows the percent of the world’s population experiencing different levels of warming, both during the current period – the left-most column – and under the four different RCP future emission scenarios.

In future, the warming people experience depends on how much greenhouse gases are emitted. In a low-emission RCP2.6 scenario, where global temperatures stay well below 2C, about 14% of the population will still experience warming exceeding 2C (yellow).

In a “business-as-usual” world, where action to combat climate change is not undertaken, future warming depends on a lot of factors including population growth, economic growth and technological development. Scientists have recently published a new series of “baseline” no-climate-policy scenarios that generally fall between RCP6.0 and RCP8.5.

The effects of future warming will vary greatly. Understanding how much warming people will experience is useful in understanding its impacts. While the global distribution of population may look somewhat different by the end of the century, people will still typically experience higher levels of warming than the global average temperature change.