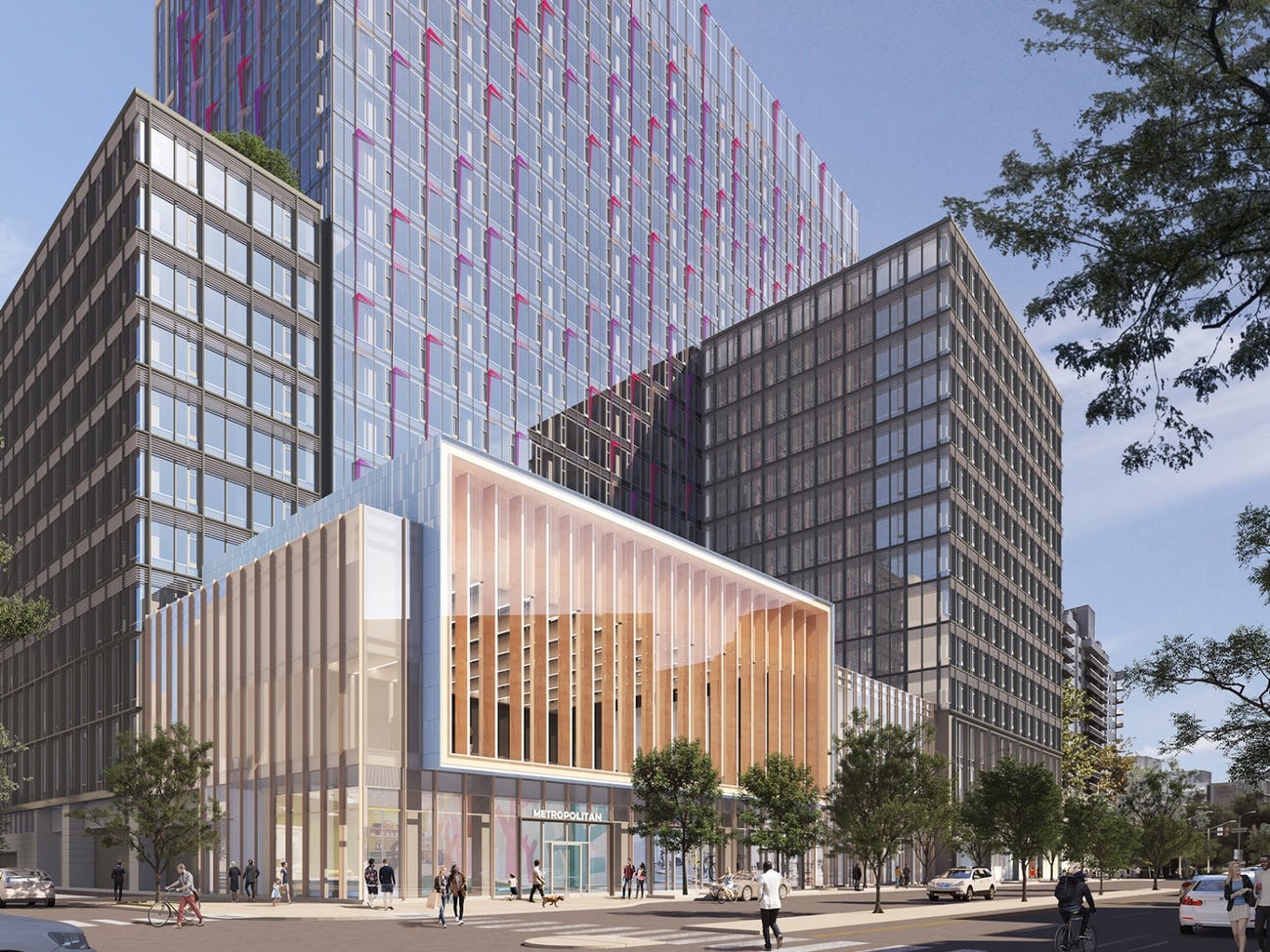 Amazon's new headquarters in Arlington, Virginia, could include a bike-friendly office with employee showers — take a look at the plans

Amazon in the spring filed its proposed development plans for its second headquarters, known as HQ2, in Arlington, Virginia, and the company projects that construction will begin early next year.

“As with our Seattle headquarters, we plan to invest in developing a new headquarters in Arlington that will grow alongside its neighbors, supporting local businesses, building new public spaces for all to enjoy, and integrating sustainable design features throughout our campus,” John Schoettler, Amazon’s vice president of global real estate and facilities, wrote in a May blog post.

Amazon intends to create 400 new jobs in Arlington in 2019 and 25,000 jobs in the next decade. Amazon has had a presence in Virginia since 2010, investing $34 billion into employee compensation and infrastructure in the commonwealth.

Amazon had planned to split HQ2 between Virginia and New York City but backed out in February after running into vocal pushback from local New York politicians and residents.

Phase one, now underway, is in Crystal City. Phase two in Metropolitan Park and phase three in Pen Place are forthcoming.

Here’s a look at the neighborhood Phase 2: Metropolitan Park is meant to fit into.

The Metropolitan Park phase of HQ2 calls for 1.1 acres of public open space.

Around an existing centrally located park, these public and green spaces will include a dog park and farmers markets, Amazon says.

Here’s how that open space is allotted.

Employees will have access to the rooftop gardens on the office buildings.

The plans include enough parking spots for 600 bikes.

Amazon says it will make space for 600 bikes to be stored, and it plans to extend an existing cycle path with the aim of bolstering Arlington’s cycling infrastructure. Showers and lockers will be meant to encourage biking to work.

The plans also include 50,000 square feet of street-level retail space.

Besides restaurants and shops, Amazon says there will also be a daycare center open to local families and Amazon employees with children.

Here’s the layout for bike parking and retail space.

Amazon plans to transform one block of vacant warehouses into two sustainable office buildings yielding 2.1 million square feet of energy-efficient space. Each tower is designed to be 22 stories tall with LEED Gold certification.

The level of LEED certification is determined by the number of points a building scores across several sustainability categories, including energy and atmosphere, location and transportation, and water efficiency. Gold is the second-highest LEED sustainability ranking behind Platinum.

All of which will be near public transportation.

With 25,000 incoming employees expected, public transit has to be a major consideration for Amazon. HQ2’s site is near a Virginia Railway Express station as well as bus lines and two metro stations.

Amazon will be investing $2.5 billion in building HQ2.

To put that into perspective, Amazon spent $4 billion on its Seattle headquarters. The company has hired about 5,000 employees in Seattle annually for the past decade, and it calculates that it has generated more than 50,000 jobs.

The morning commute from the White House to Metropolitan Park is about 30 minutes on the metro.