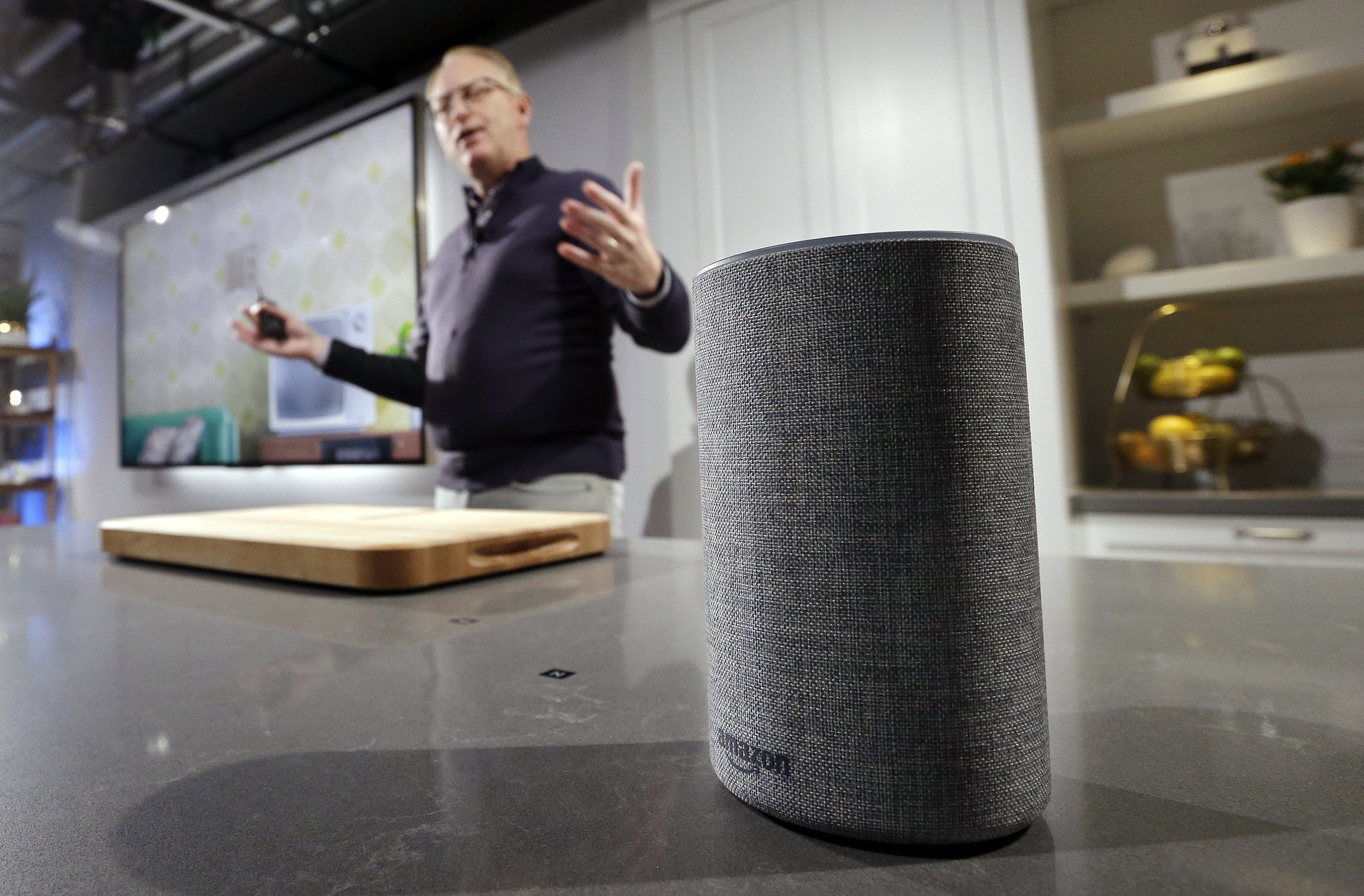 Almost four years ago, the New York Times tech columnist Farhad Manjoo wrote about a strategy to keep all your technology future-proof in a rapidly evolving environment.

His advice still holds up: Use Apple hardware for your smartphone and PC. Use Google services for things like email, calendar, and maps. Buy all your digital music, movies, and TV shows from Amazon.

Of course, there are caveats to all these suggestions, but you’ll future-proof yourself nicely by following them. Amazon’s media can (usually) play on all your devices, no matter what company makes them. Google is not only the best at digital services — it’s platform agnostic. You don’t have to be an Android user to get the most out of Google. And Apple still makes the best phones, tablets, and PCs you can buy.

But I think it’s time to add one more category to the list: ambient computing, or the concept that there can be a layer of intelligence powering everything in your home, from your lights to your thermostat.

Many see this as a new phase of computing where our technology works for us automatically. We’re in the early days of ambient computing, but there’s already a clear frontrunner powering its future: Amazon’s Alexa.

Right now, Alexa is great at answering basic questions or playing music from streaming services like Spotify. It’s also laying the foundation for an Alexa-powered smart home as accessories increasingly are compatible with Amazon’s platform. Even better, Alexa lets you control all your smart-home accessories with your voice, which is a lot more convenient than poking around your iPhone to turn on your lights.

I gave it a try a few weeks ago, starting small by connecting most of my lighting.

I bought a bunch of Wemo smart plugs for all the lamps in my apartment (which doesn’t have a lot of built-in lighting). After setting up each plug, I fired up the Alexa app and added the Wemo skill. A few seconds later, I was able to control all my lights with my voice.

Now I’m obsessed with the idea of Amazonifying the rest of my home. I have an Apple TV, but I plan to make the change to the new Amazon Fire TV 4K since I can control it with Alexa. (“Alexa, play ‘The Good Place’ on Netflix.”) Instead of a Nest camera, I’m going to buy Amazon’s new security camera, which will let me beam the feed to my phone, Fire TV, or Echo Show. (“Alexa, show me what’s happening in the living room.”)

You get the idea.

No other platform is better poised to dominant ambient computing. It’s not going to happen tomorrow, or even next year, but Amazon has done an incredible job of laying the foundation for something much more profound beyond just playing your favorite Pandora station with an Alexa command.

So what is that foundation? Here are the four key advantages that will propel Amazon to dominate ambient computing.

At the CES tech industry conference this year, I was shocked at how many companies decided to integrate Alexa into their products — Toyota and Ford cars, Kohler bathtubs, Whirlpool ovens and dishwashers, and a bunch of third-party speakers.

Ambient computing needs a voice assistant to be ubiquitous and therefore successful. If you call for Alexa and it’s not there to do what you want, it has failed. Amazon’s having a head start in getting Alexa into everything everywhere will help it maintain its lead.

Part of the reason Alexa is showing up everywhere is that Amazon turned it into an open platform that anyone can build into.

But it’s not just physical appliances — services and apps can build into Alexa, making it easy to add a layer of voice controls.

It’s the opposite of rivals’ approaches, which is why devices like Apple’s HomePod feel like a wasted opportunity to take on Amazon’s dominance. Siri is limited to Apple’s services and a few other third-party categories like messaging and to-do list apps. Apple is unlikely to want to go against its DNA and open up Siri completely.

Amazon already owns two-thirds of the smart-speaker market, with Google playing catch-up. It’s likely to be a two-horse race between the two companies, with Amazon consistently in the lead. The large install base of Echo and Alexa-powered smart speakers provides greater incentive for people to build into Alexa first, as opposed to rivals.

When the Echo launched in 2014, it couldn’t do much more than play streaming music from Amazon and help you buy stuff from the company’s online store.

But over the years, the Echo has become immensely more powerful and capable. It can stream music from a variety of services. You can use it to request an Uber or order a pizza from Domino’s. It can even make phone calls.

Amazon has done a spectacular job of improving the Echo, a speaker you’re likely to keep in your home for several years before replacing or upgrading.

Buying one now guarantees you’ll be ready for whatever Alexa learns to do next. And more importantly, it’ll make sure your technology remains future-proof.