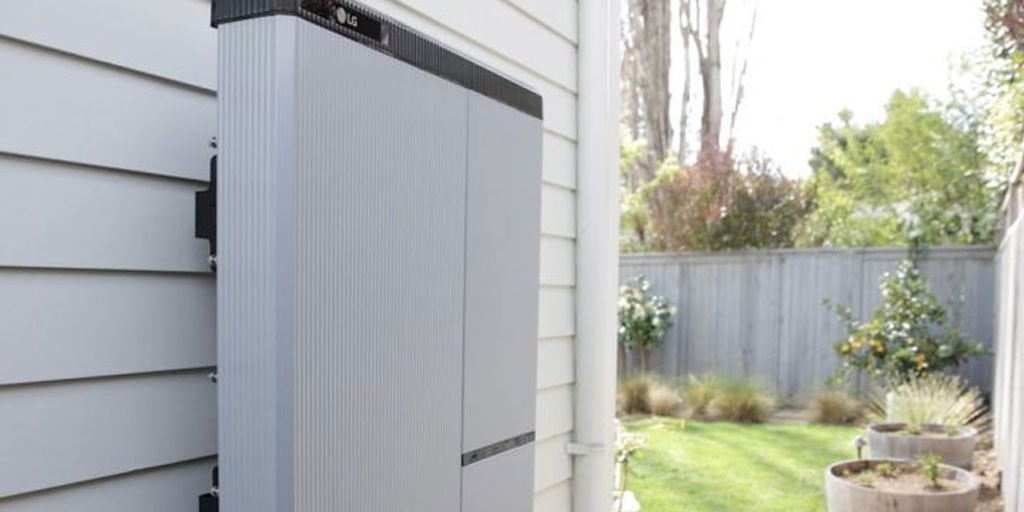 The scrappy industry has found a new fantastic point of view.

The trade show has been growing its tent for some years now. But the trend was particularly clear in 2018, with the event in Anaheim, California branded as part of North America Smart Energy Week. As adults dressed like Disney characters shuffled by on their way to a happier place, conference attendees entered a whole new world, a new fantastic point of view.

Generating the power is just the beginning. The industry is dedicating more space and airtime to thinking about what comes next.

Join Greentech Media for a soaring, tumbling, freewheeling ride through an array of products launched at this year’s SPI.

Electric vehicle fast-charger installation typically requires some construction: trenching wires, putting stuff in the ground, repaving asphalt. That takes time and adds a whiff of permanence to the whole affair.

Public fast-charging company EVgo took a different approach with its new FastStart charging station, which situates a pair of chargers on a metal sled that can be dropped into place from a truck bed, and then simply connected to a power source.

The genesis was to help a customer who needed a faster turnaround on a charger installation, said Julie Blunden, executive vice president for business development. But the patent-pending design helps in other ways, too.

As temporary equipment, it is easier and faster to obtain permits for, Blunden said.

By streamlining the installation process, it reduces the soft costs of building out EV infrastructure, in the way that containerized energy storage products shift labor from the field to the factory. EVgo typically pays for installation itself and recoups the cost by selling electricity to drivers, so it stands to benefit directly from those cost reductions.

It also offers modularity: As the population of EV drivers grows, a location can add more charging capacity bit by bit. Each station comes with two 50-kilowatt chargers, available as DC fast charge, Level 2 or both.

If customers in one area dwindle, or a developer wants to turn the parking lot into trendy mixed-use condos, the station can be picked up and moved elsewhere.

Greater flexibility in how charging equipment reaches the field could mitigate both of those problems.

Panasonic and other showcase revamped modules

Companies including Panasonic, LG, Canadian Solar and Mission Solar exhibited higher-efficiency modules and some bifacial modules at this year’s show. WoodMac Senior Solar Analyst Jade Jones said the updates to slightly better specs are par for the course. That’s especially true among companies trying to get the most flash on the show floor.

Mukesh Sethi, general manager of the solar and energy storage division at Panasonic Eco Solutions in North America, said the upgraded efficiency in its HIT+ line buttresses Panasonic’s continued focus on residential customers. The module maker also introduced its AC module in partnership with Enphase and earlier this month introduced a module collaboration with SolarEdge.

“Our main mission with these advancements? To deliver solar solutions that homeowners need to increase freedom from the grid and assert energy independence over the long term,” said Sethi.

Though the improved products are standard fare for manufacturers, Panasonic has faced increased scrutiny because of its tumultuous partnership with Tesla on the Buffalo Gigafactory. According to Panasonic, its HIT N330G/N325G and N330E modules are manufactured in the U.S., while its HIT N325K/N320K and HIT+ N240/N335 modules are manufactured in the U.S. and Malaysia. The company said it isn’t giving details about what parts of its products were produced abroad or in the U.S.

“Made in America” branding also cropped up at the Hanwha Q Cells booth, where the company exhibited several products it will introduce in 2019 after ramping its Georgia facility.

Panasonic declined to provide specifics regarding production at the Buffalo facility, although a spokesperson said production “is on track.” In August, Reuters reported on delays at the plant.

Residential solar inverter leader SolarEdge has been expanding geographically, and is even taking its DC optimizers-plus-inverter concept into the utility-scale market.

Lately, the company has diversified its offerings by producing smart home energy tools beyond the solar system.

It sells a home energy monitor, which provides detailed breakdowns of consumption. The device gives solar installers something to deliver to homeowners upfront, before the solar installation comes through, and then lets customers benchmark their energy profile before and after the modules start generating.

Homeowners tell the device when they’ll need hot water — when they get home from work, for instance. Instead of using grid power all day to heat water when no one is around, the device prioritizes surplus solar generation for heating water. If the heater requires additional energy, it draws that from the grid in time for the programmed deadline.

The payback will be best in areas with demand charges, like certain parts of Arizona. In places with less compensation for solar exports, the targeted use of solar that would otherwise be exported should be attractive too.

The company has taken a similar approach with smart pool heaters and heat pumps on the market in Europe.

Lior Handelsman, founder and VP of marketing and product strategy, made it clear that SolarEdge is finding new applications for its core competency, rather than taking on the smart home market as a whole; the devices can be controlled through existing smart home platforms.

“We know how to manage energy,” he said. “I don’t think I can or should compete with Google Home or something like that.”

These might not be the smart home devices riling up the crowd at CES, but SolarEdge has a targeted mission: to take the major electrical loads in the house and make them controllable and better companions for rooftop solar power.

That won’t excite everyone, but it should appeal to energy-savvy homeowners who want to maximize the mileage they get from rooftop generation. SolarEdge has also begun aggregating home energy assets for virtual power plant contracts, and these controllable loads amount to more flexible capacity to harness.

The LG Chem Resu home battery has been equipped with up to 9.8 kilowatt-hours, making it a smaller device than the Tesla Powerwall, which has 13.5 kilowatt-hours of usable energy.

Battery tech has advanced since the Resu first arrived in the U.S. in 2017. On the floor at SPI, the company displayed the new Resu13, with 13.1 kilowatt-hours, 12.4 kilowatts usable, coming soon to the United States. It occupies a significantly smaller box than the older version that held less energy.

That’s friendlier to customers’ garages, but it matters for higher purposes too.

Many early adopters have purchased storage for the backup power. The average U.S. residential customer, though, consumes around 30 kilowatt-hours a day, according to the Energy Information Administration. Less than 10 kilowatt-hours won’t keep most homes in the light for long, unless the homeowner sheds all but a few essential loads. The bigger battery affords incrementally more peace of mind.

Looking further ahead, LG Chem’s largest customer in the U.S., Sunrun, wants to use its network of home solar and batteries to aggregate grid services. The larger the batteries, the more capacity Sunrun can play with and the more lucrative the overall enterprise.

In contrast, Tesla batteries were nowhere to be seen at SPI, except the ones in a few shiny vehicles stationed as eye candy on the expo hall floor. That company’s last major Powerwall product update happened in the fall of 2016.