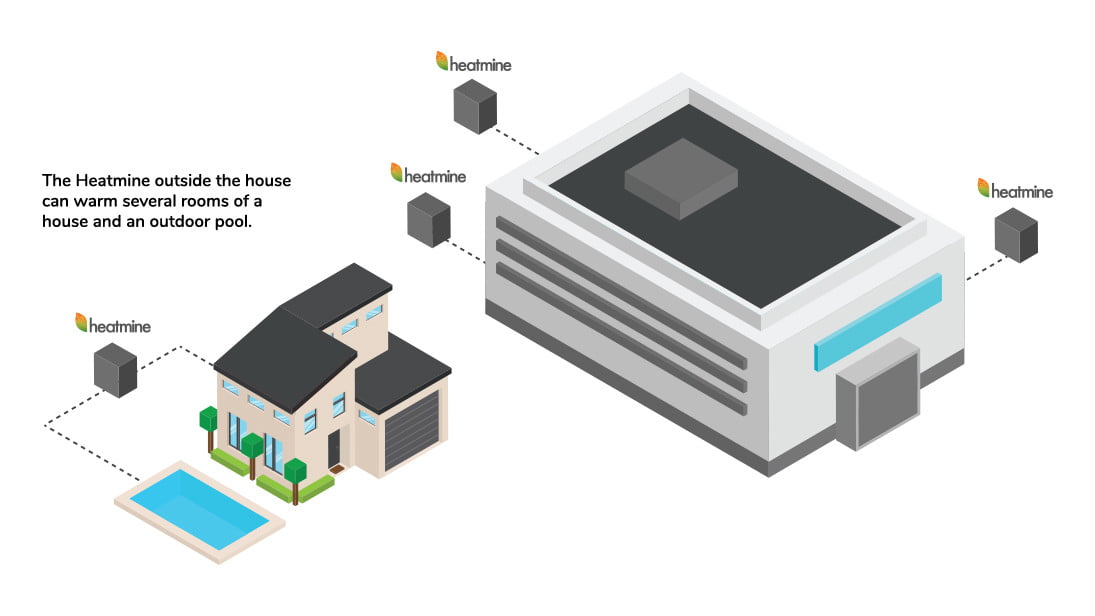 A solution to bitcoin’s energy waste: Use it to warm buildings

As mining machines harvest bitcoin, they generate excess heat. Instead of letting it go to waste, a Canadian company is capturing it and using it to warm people’s homes.

Bitcoin mining uses massive amounts of energy as computers churn through the steps needed to make a record on the blockchain. Now, one mining company is recycling some of that energy to heat buildings.

Heatmine, a Canadian mining company, works in Quebec, where almost all electricity comes from renewable sources, so its carbon footprint is relatively small. But the company saw that it could also extend the value of that electricity by harvesting the waste heat from its mining machines.

The company started first with its own large warehouse. “We’re in Quebec–it’s very cold 10 months of the year,” says Jeremy Dahan, Heatmine’s COO. “So we started recycling the heat.” Heatmine first used the excess energy from its processing systems to heat its water.

Now, though, the company is experimenting with a network of decentralized mining machines that can connect to heating systems elsewhere, like private homes and businesses. Essentially, Heatmine connects a small mining machine to a heating system. As the machine runs and mines bitcoin, the heat the process generates is transferred to more productive use, like warming a home.

In one recent test, Heatmine piloted this equipment at a local greenhouse that grows strawberries. “Most of the farmers have an issue because they don’t make any profit because they spend a lot of money on the heat and electricity,” says Dahan. With the new system, the cost of heat is covered 75-100%. The greenhouse was able to produce its strawberries as cheaply enough to compete with berries imported from Mexico.

One of the company’s machines can provide 75,000 BTU in an hour, or enough to heat up to 300 square meters 24 hours a day. In larger buildings, the company can install additional units. The system can be used in houses or in industry. It’s similar to projects that heat buildings with waste energy from servers (often giving eliminating heating bills for residents) or data centers that send heat into district heating systems for neighborhoods.

It’s one small way to offset bitcoin’s massive footprint. Globally, the process of bitcoin mining uses so much electricity that, by one estimate, the industry is already using as much power as the entire country of Ireland. One recent study projected that if the industry grows at a similar rate as some other technologies, it could single-handedly produce enough emissions over the next 15 years to lock in the world for 2 degrees Celsius of global warming. The industry will be forced to evolve. But harvesting waste heat makes sense now, and could also make sense in the future.

Heatmine plans to continue to expand in Canada, and will also begin to distribute its machines in the U.S., working in places that have cheap electricity and are particularly cold.