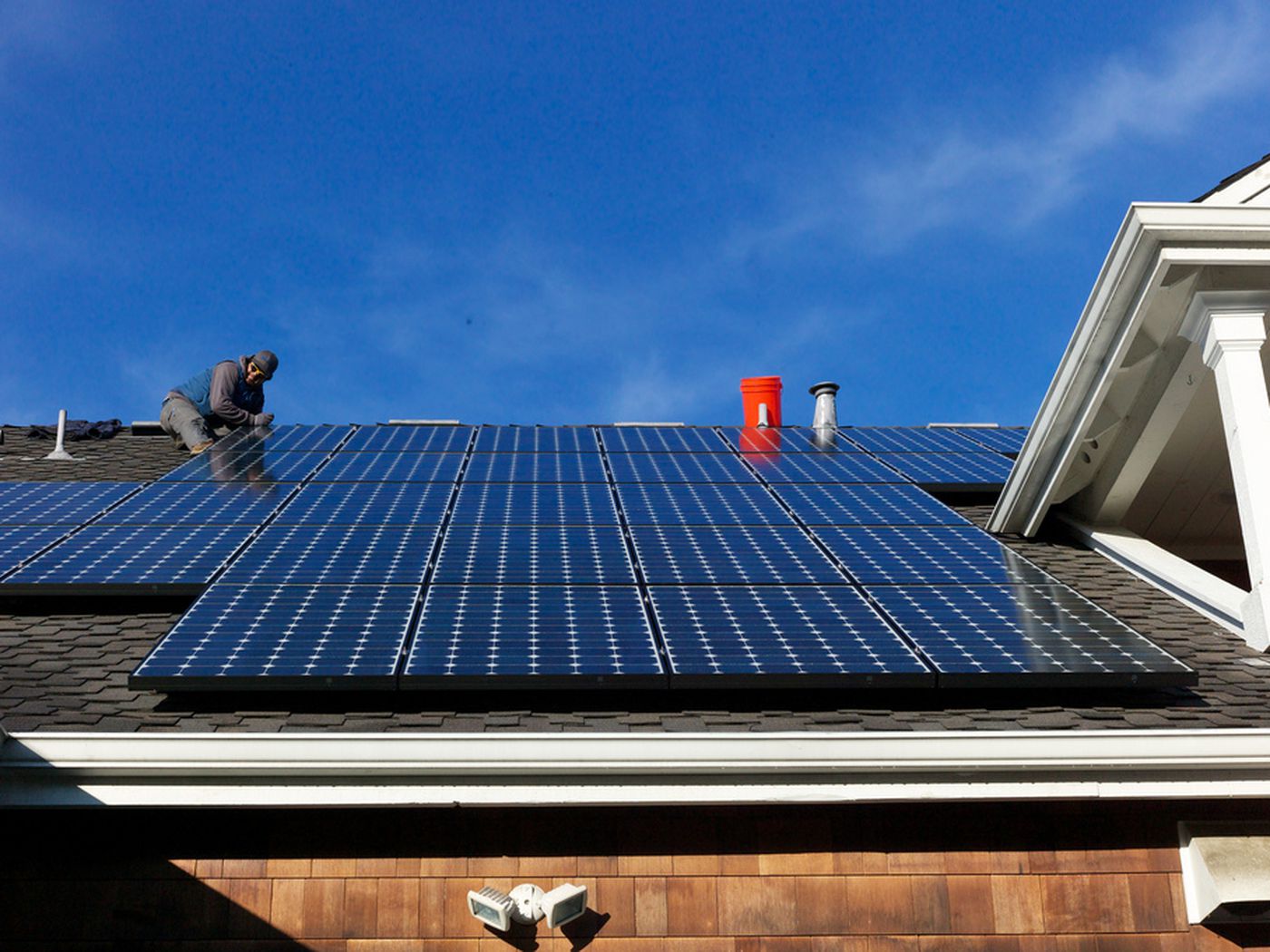 A solar panel on every roof in the US? Here are the numbers

When you’re scoping out possible futures, it’s useful to ask a lot of “what if?” questions. For example, what if we could install solar panels on every suitable roof in the United States? How much electricity would they generate?

Plenty of research has followed this line of thought, though much of it has necessarily focused on working out the details for individual cities or regions. But now with enough of these studies in the bank, a group of researchers from the US National Renewable Energy Laboratory decided to take another whack at a national estimate.

There are a lot of things you need to know to do this: number of buildings, size of roofs, direction the roofs are facing, strength of sunlight, number of sunny days, and so on. So first off, the researchers took advantage of a Department of Homeland Security program that laser-maps buildings, which now covers almost a quarter of buildings in the US. From this, it’s possible to get roof area, roof tilt, roof direction, and whether the roof is shaded by trees. Roofs were tossed out if they were too small, too steep, north-facing, or otherwise would lose more than 20 percent of their possible solar output, but most roofs were suitable.

To estimate the rest of the country, the researchers calculated statistics for the covered area and then used things like Census data to scale them for every other ZIP code area.

Next, the researchers worked out the average amount of sunlight in a year for each location. Using the average efficiency of rooftop solar panels installed in 2015, they combined everything to produce a map of maximum possible rooftop solar energy production.

In total, they estimate that there are a little over 8 billion square meters of suitable roofs in the US. Cover that in solar panels, and you would produce about 1,400 terawatt hours of electricity each year—about two-thirds of which would come from small residential buildings. The total production is equal to nearly 40 percent of the total electricity currently sold by utilities in the US.

A simpler 2008 National Renewable Energy Laboratory estimate came in at just 22 percent of electricity—the new estimate shows a higher percentage partly because solar panel efficiency has improved but also because new sources of data made a more accurate estimate possible.

Apart from the big numbers, there are some interesting details at the state or local level. States with strong sunlight and plenty of roofs obviously have the most potential—California, for example, could supply 74 percent of its total electricity use by covering its buildings with solar panels, while Wyoming could only get to about 14 percent.

But that’s partly because of different electricity use. New England doesn’t have the sunniest skies, but the limited need for air conditioning in the summer helps keep electricity use down. As a result, that region could produce about half its total electricity from rooftop solar. And if you consider residential buildings separately, they can produce about as much electricity as people use in their homes.

Overall, the all-in scenario of slapping solar panels on every single building wouldn’t be enough to replace all our power plants, but 40 percent ain’t bad. More plausible (and less Fiddler-on-the-Roof-If-I-Were-a-Rich-Man) scenarios would obviously stay south of that number. Still, the “what if?” is instructive.