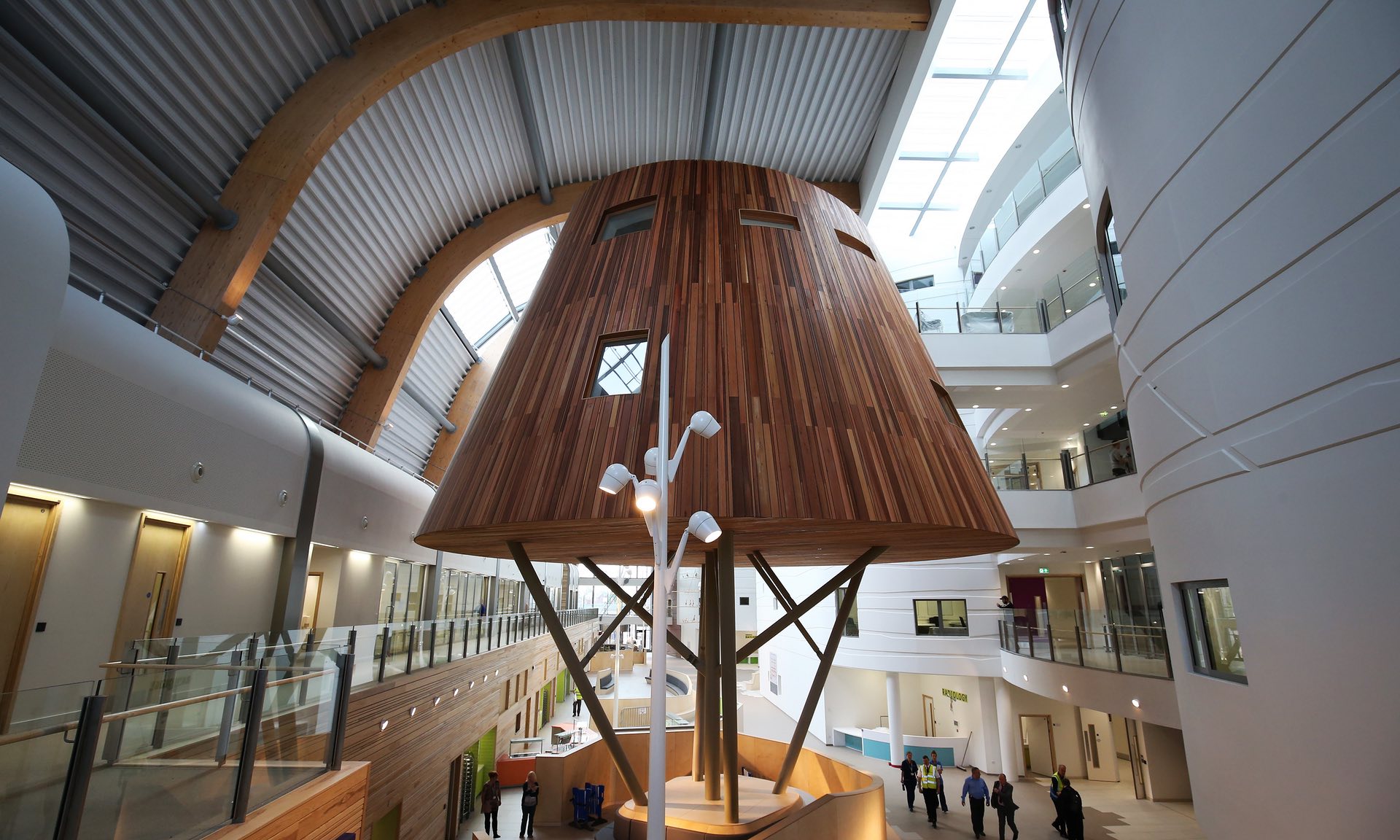 A hospital with a brain: how big data is changing healthcare

The NHS holds a wealth of data about how patients are diagnosed and treated. Unlocking its secrets could be key to improving patient care

Iain Hennessey wants to build a hospital with a brain. It sounds like the stuff sci-fi movies are made of but as this affable consultant paedeatric surgeon explains, his desire is to improve care at Alder Hey children’s hospital by making better use of its growing wealth of information.

“It’s all well and good having all of this data, but if you can’t do anything with it then it’s pretty useless – it overwhelms you,” says Hennessey, who balances a role as clinical director of innovation alongside his surgical commitments.

“Basically, my job is deciding whether or not to operate. Either I am going to operate, or I am not. But the more variables you throw into the picture, the more difficult it is to make that black-and-white decision.”

He compares it to sitting in front of Netflix, paralysed by the scale of the choice. “But what if we could analyse all the data? That’s the transition, I think, that we need to get to in healthcare.”

Certainly there is no shortage of information for computers and humans to sink their teeth into. Many patient records are now digital, conventional x-ray film has long since been replaced by computerised images, and treatment outcomes are recorded nationally for a range of surgical procedures.

Bernard Marr, author of Data Strategy: How to Profit from a World of Big Data, Analytics and the Internet of Things, is convinced better use of all this information would yield real benefits.

“Applying big data analytics in the NHS has the potential to significantly improve care,” he argues. “Instead of relying on GPs to understand all your symptoms and history within a 10-minute time slot and then make an accurate diagnosis and come up with a treatment plan, we should be using intelligent big data-enabled artificial intelligence tools which can be fed with all your medical and even genetic data.”

Getting to that stage will undoubtedly take some time, and likely some debate. But according to Adam Steventon, director of data analytics at the Health Foundation, there is much that can be done right now to wring greater value out of healthcare data.

The organisation is running a range of projects that seek to use analysis of large datasets to improve care. One looked at whether seeing the same GP over time reduced hospital admissions – and found it did.

“That’s important because that aspect of care quality, continuity of care, is not often measured,” says Steventon. “And we were able to measure it using data from the existing medical record.”

Similar work is happening in the north of England. Connected Health Cities is a collaboration between the NHS, local authorities, charities, industry and patient groups, and operates across four northern regions. The aim is to use data analysis to improve specific aspects of care in the area.

Gary Leeming, the project’s director of informatics, is excited by the possibilities big data offers in healthcare. But he knows there are risks too. The decision to operate across four cities was a conscious one. “We’re operating at that scale to address the risk of people feeling they’ve lost control of their own data.”

It’s an issue made more pressing by the failure of care.data. NHS England’s plan for a national database of health information collapsed amid worries about consent.

More recently, concerns have been raised over the transparency of a partnership between Royal Free London NHS foundation trust and Google DeepMind, an artificial intelligence company.

In Alder Hey, Hennessey says a hospital with a brain has no need for access to patient records. Work is underway to develop an app that will answer children’s questions before they come into hospital.

Artificial intelligence (AI) sitting behind it will have analysed the questions generally asked – and so ensure the patient receives the right answer.

It’s being built by experts at the Hartree Centre and uses IBM’s Watson cognitive computing technology.

“Dealing with this sort of information we’re able to demonstrate we’re able to deploy AI in a sensible way, in an environment where it adds something of value, and then take on some of the bigger challenges later on,” explains Lee Hannis, the centre’s head of business development.

For Hennessey, the app is all about building a better patient experience. “I think that’s an area that’s very often neglected in technology,” he muses.

“It’s always about how can we get a better diagnosis, how can we run clinical trials better. And all that’s important, but actually a huge part of being a doctor at the coalface is making sure that people are happy.”