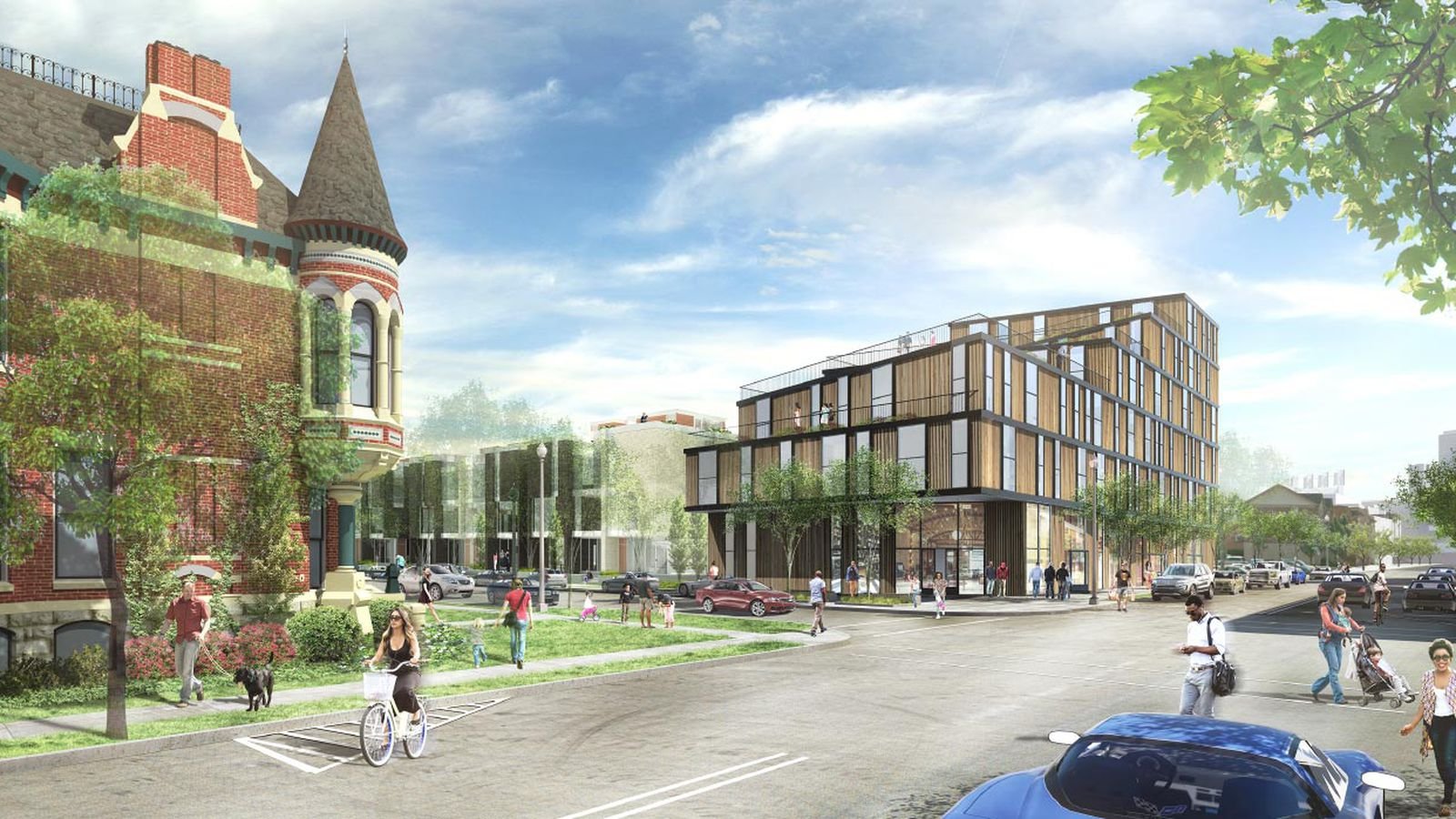 Across the United States, cities are in the middle of a construction boom.

And several projects are nearly complete — from a skyscraper dubbed the “Jenga Tower” in Austin, Texas to a neighborhood of hundreds of townhouses in Detroit, Michigan.

Here are some of the most ambitious development projects that will open in 2018.

When complete in mid to late 2018, this 60-story skyscraper will become the tallest tower in Philly.

The Foster+Partners-designed tower will include a Four Seasons Hotel on its top levels, and offices for Comcast employees on the lower levels.

Solstice on the Park in Chicago, Illinois

Designed by the Chicago-based firm Studio Gang, Solstice on the Park is a tower that will include 250 apartment units. The architects oriented the facade at 72 degrees, the optimum angle to maximize sunlight in winter for passive solar power and minimize light and heat gain during summer to lower air-conditioning usage.

The 26-story project is expected to open by late spring of 2018.

As part of the new World Trade Center site in downtown Manhattan, 3WTC by famed architect Richard Rogers will stretch 1,079 feet and house retail and offices. The tower topped out in 2016, and will open by spring of 2018.

Nearby, the St. Nicholas Greek Orthodox Church will soon open, too. Designed by architect Santiago Calatrava, the $50 million project will replace the church that was lost in the September 11 attacks.

This 1,070-foot-tall office skyscraper, designed by Pelli Clarke Pelli Architects, will become the centerpiece of the San Francisco Transbay redevelopment plan, which contains a mix of office, transportation, retail, and residential uses.

Set to open in early 2018, it will rank as the tallest and most expensive building in San Francisco. WeWork has signed on as an anchor tenant in the $1 billion tower.

The One Thousand Museum in Miami, Florida

This 62-story skyscraper, which will house 83 luxury condos, was designed by the late Pritzker Prize-winning architect Zaha Hadid. Residences will range from duplex townhouses to half-floor units to full-floor and double-story penthouses.

The Independent in Austin, Texas

Dubbed the “Jenga Tower,” this 58-story skyscraper designed by Rhode:Partners will be Austin’s tallest building when complete in late 2018.

Metropolis, a $1 billion residential and retail complex composed of four towers in Downtown Los Angeles, will be fully complete by the end of 2018.

The first two buildings, which function as a hotel and a residential tower respectively, are already open. The other two are topped off, and will feature restaurants, shops, and hundreds of condominiums. Gensler and Jean-Gabriel Neukomm Architecture designed them.

The first phase of City Modern in Detroit, Michigan

Though it will likely take years for Detroit’s City Modern development to be fully complete, the project’s first phase will open by mid-2018.

This portion will include townhouses and carriage houses, and the project’s full build-out will feature more than 400 new residences. Christian Hurtienne Architects, Studio Dwell, Merge Architects, HAA, and Lorcan O’Herlihy Architects are all involved in the design, and it’s being developed by Brush Park.