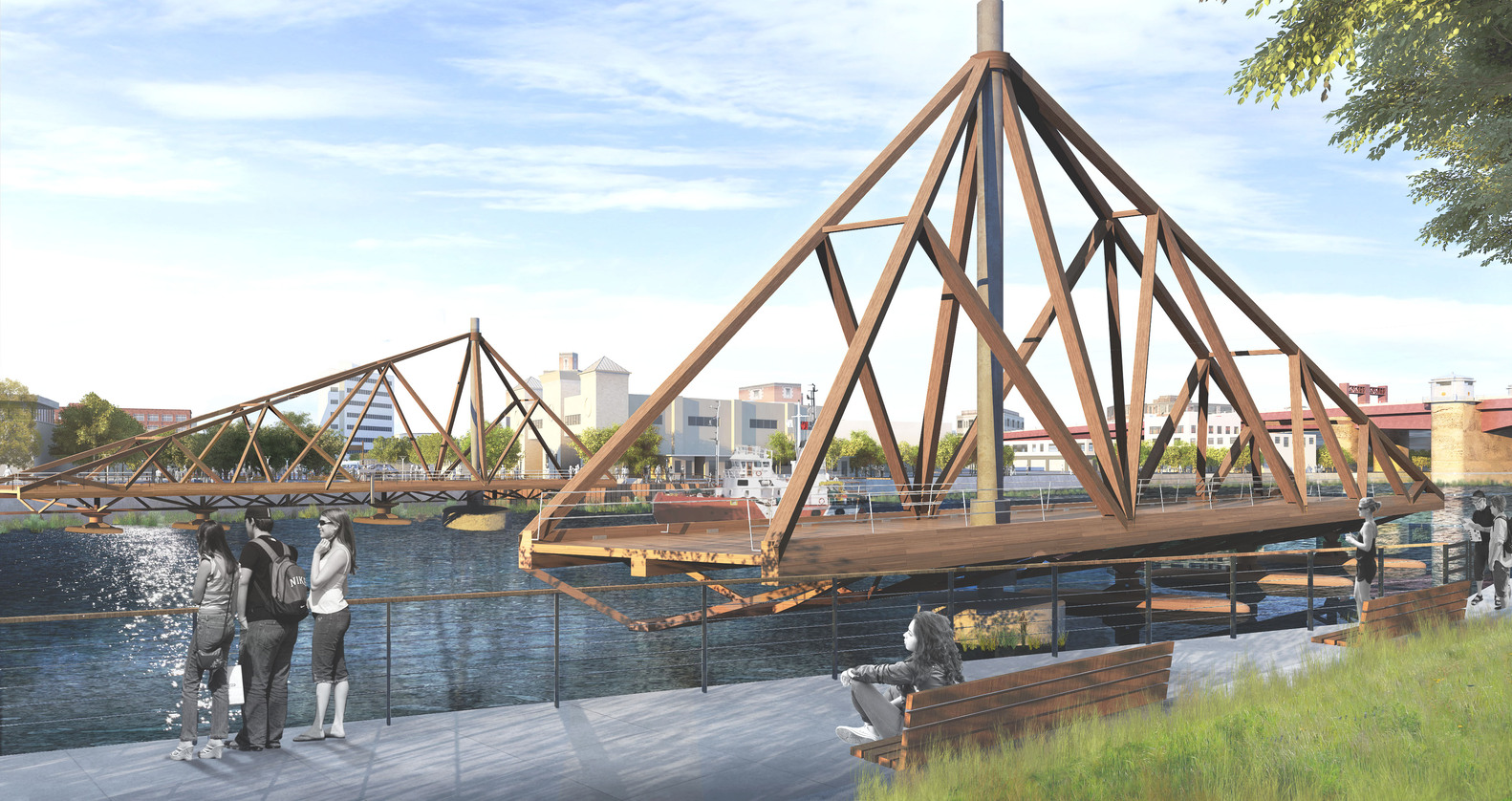 As architects face up to the need for ethical, sustainable design in the age of climate change awareness, timber architecture is making a comeback in a new, technologically impressive way. Largely overlooked in the age of Modernism, recent years have seen a plethora of advancements related to mass timber across the world. This year alone, Japan announced plans for a supertall wooden skyscraper in Tokyo by 2041, while the European continent has seen plans for the world’s largest timber building in the Netherlands, and the world’s tallest timber tower in Norway.

The potential for mass timber to become the dominant material of future sustainable cities has also gained traction in the United States throughout 2018. Evolving codes and the increasing availability of mass timber is inspiring firms, universities, and state legislators to research and invest in ambitious projects across the country.

The year has seen milestones such as Oregon becoming the first U.S. state to legalize mass timber high rise buildings, MIT unveiling its technology-driven, prefabricated Longhouse, and the University of Arkansas beginning construction on the country’s first large-scale, mass timber higher education residence hall. The benefits of mass timber were also displayed at the AIA Conference on Architecture 2018, as part of the “Blueprint for Better Cities” theme.

In recognition of the growth and potential of pass timber, we have assembled four projects currently being researched and conceptualized across the U.S. that are redefining what is possible with wood. From a bridge in Brooklyn to timber towers across Philadelphia, Chicago, and San Francisco, the future schemes offer four in-tree-guing examples of how mass timber might redefine the skylines of future American cities.

DC Designers led by Sean McTaggart from Hickok Cole were shortlisted for the Skyhive Skyscraper challenge for the Philly Timber Towers project, demonstrating the viability of the mass timber high-rise as an alternative to steel and concrete. While in the process of designing the new landmark for Philadelphia’s skyline, the group also received a grant to work on a mass timber Ranger Station in DC.

Architects at Perkins+Will, working with engineers at Thornton Tomasetti, have conceptualized an 80-story mass timber building in Chicago. The scheme features 300 duplex units using an exterior diagrid system that leverages the natural axial strength of timber. This concept has been informed by recent Skidmore, Owings and Merrill Timber Towers research which found that timber-concrete hybrid systems can support loads of 82,000 pounds (8 times the required load) along with some steel hybrid systems that could be marketable in terms of bay sizes and floor openings.

For the past few years, architect Jun Aizaki of CRÈME has been working on the Timber Bridge at LongPoint Corridor; a floating passageway he proposes should be made of wood. Linking Brooklynand Queens, the bridge exploits an opportunity to improve pedestrian transit, create green spaces, and connect the communities of Long Island City and Greenpoint into a new neighborhood coined “LongPoint.”