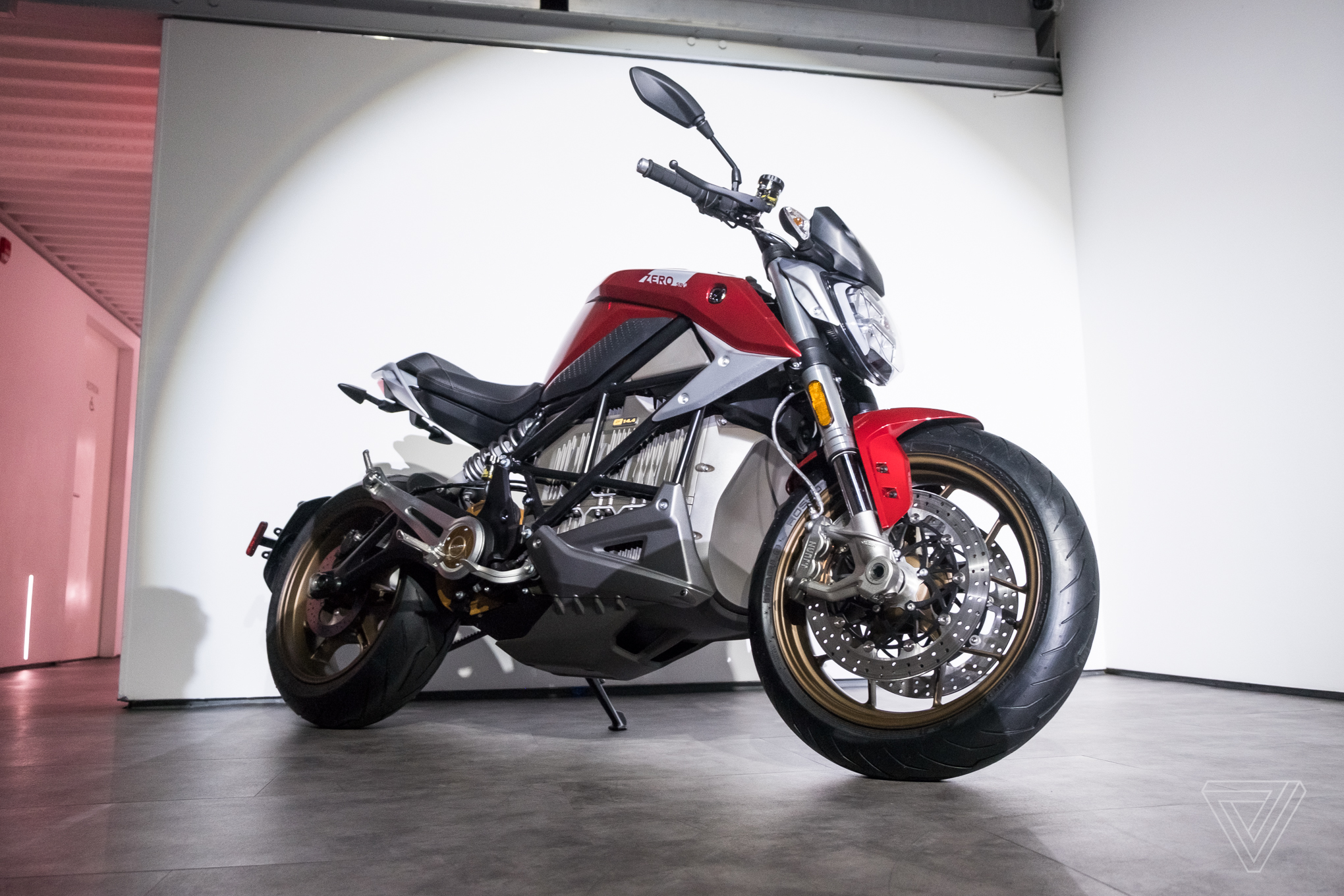 A much fuller vision of the future of motorcycles

California-based Zero Motorcycles pulled the cover off of its newest electric bike, the SR/F, at an event in midtown Manhattan on Monday. It’s the company’s most advanced bike in its 13-year history, with a colorful new digital dashboard, a revamped mobile app, and of course, the promise that it will be a joy to ride, with 110 horsepower on offer and up to 200 miles of range on a full charge (with a range-extending battery pack add-on).

The new SR/F will start shipping in April, and starts at $18,995. That base model can make it 161 miles on a single charge in the city, 99 miles on the highway (at 55 mph), or 123 combined, according to Zero’s estimates. It comes with a 3kW rapid charger and will be sold in two different colors.

A “premium” model will also be available for $20,995, and comes with a fly screen, heated hand grips, and a 6kW rapid charger that allows the bike to go from 0 to 95 percent in an hour’s time. Both versions have a maximum top speed of 124 miles per hour, and a sustainable top speed of 110 mph. And both are equipped with an all-new electric motor and battery pack designed by Zero’s team.

Zero didn’t pull any punches in describing the new bike, both during the event and in the press materials. The SR/F is an “industry-changing” bike that offers the “world’s most transformational motorcycle riding experience,” Zero says. The company refers to the SR/F as the “first fully ‘smart’ motorcycle.”

That’s a lot of talk to live up to. But Zero is far and away the leading electric motorcycle manufacturer. CEO Sam Paschel said during Monday’s event that Zero sells more electric motorcycles than all of its competitors combined, and the company has often drawn comparisons to Tesla.

Zero has been making electric motorcycles since 2006, and that experience shows in the SR/F. It’s the company’s most complete vision so far of what a motorcycle of the future should be, without sacrificing on any of the power or speed that makes these vehicles such a thrill to ride. The only things really missing are engine noise and the ability to refuel in a snap (even with the fast charging).

But even then, it has some benefits that are unique to electric motorcycles. There’s some deep storage cleverly hidden where the fuel tank would normally be. And if you have a place to charge overnight, you’ll never leave home with less than a full “tank.” It also requires a lot less work to get the bike ready for storage if you live in a place where riding during the winter is out of the question.

I rode Zero’s entry-level DS ZF6.5 in late 2017 and loved it, and felt the same when I recently spent a few weeks with newest DSR, which is a more substantial — and more powerful — bike.

One thing I thought the company’s motorcycles were missing was a solid smartphone app (the existing one looks and feels a little outdated) and a more fulsome digital display. The SR/F will certainly offer that, with a new app that allows for tracking and sharing rides, scheduled charging, and the ability to customize the digital dash. It will allow you to check the status of the bike when you’re away from it, and get alerts for things like when it’s done charging, or if someone is tampering with it. Zero will also be able to update the SR/F’s software via over-the-air updates.

Zero’s spent more than a decade proving that electric technology can stand in for, and in some respects supplant, combustion engines on motorcycles. The result has been super-quick, super-fun bikes that are made really well. The SR/F looks like a true evolution, though, and one that could validate the comparisons to Tesla that were already being made.

The question now is how much the SR/F inspires other Zero Motorcycles bikes going forward. Paschel said Monday that the SR/F is meant to be the company’s halo product, the thing that customers aspire to own, before ultimately settling for one of the more affordable models. He didn’t say when Zero’s other motorcycles will get access to the new app, or the new dashboard, meaning that, for the foreseeable future at least, the company’s ultimate vision of the future of motorcycles will only be available to people with deep pockets. “The Tesla of motorcycles,” indeed.