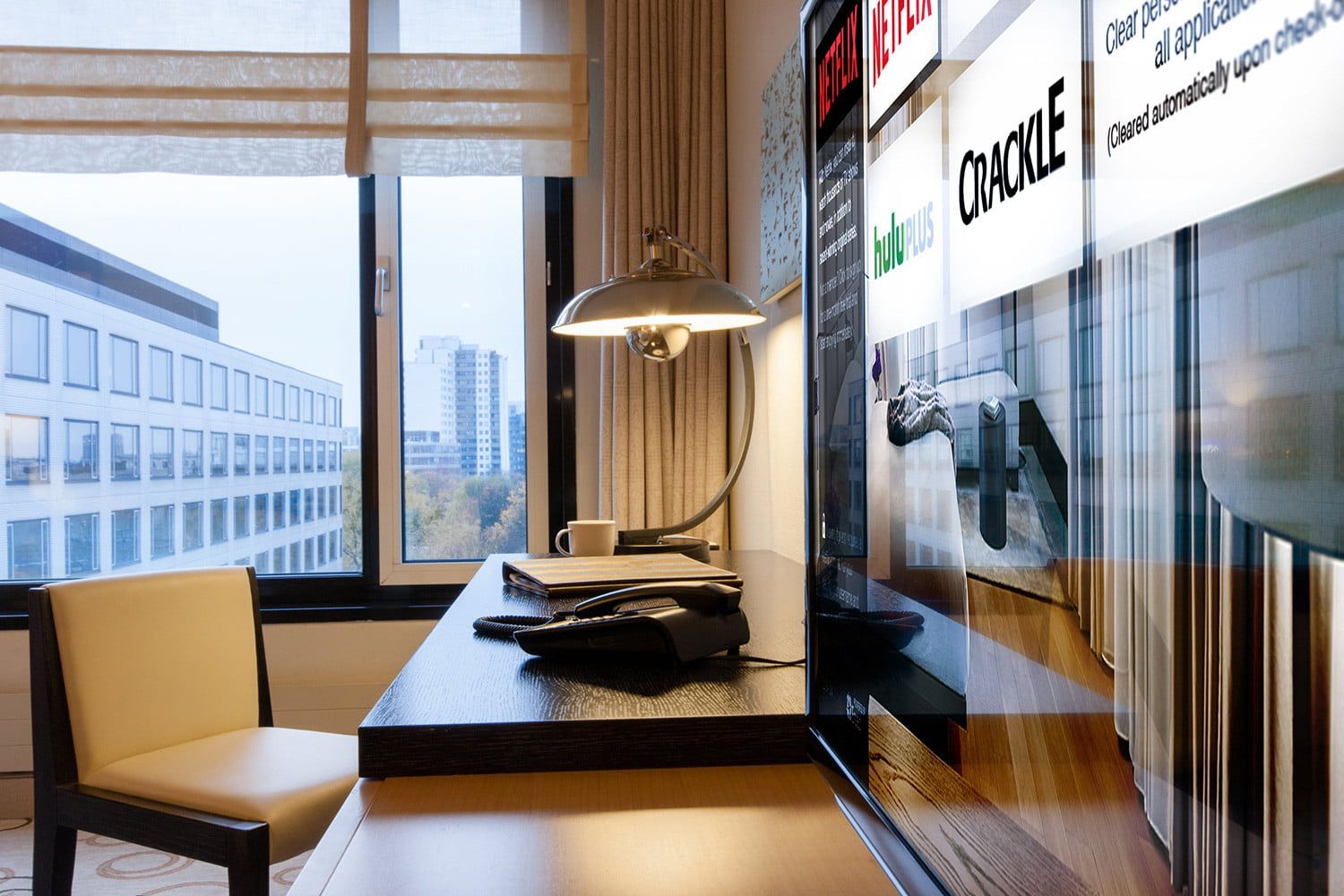 With smart TVs and devices, Enseo wants hotels to feel like a home away from home

If you have your smart home synced to all your preferences — say a thermostat that’s always the right temperature, lights that turn on at dusk, and a playlist you can conjure by asking a smart assistant like Alexa or Google — then staying at a hotel might feel like going back to the dark ages. Having to physically get out of bed to turn out a light instead of using voice commands? What year is this? But hotels are starting to put more smart devices in guest rooms, and Enseo wants to make sure they’re not just smart but customized.

Eighteen years ago, Enseo started as a set-top box for hotels through which guests could control the TV and pay for movies. Several years ago, CEO Vanessa Ogle helped the company pivot to letting people bring their own entertainment with them during their stay. Now the boxes let you log in to Netflix or Hulu, and it’s proved to be very popular. In 2015, Enseo was in 75 hotels. Now it’s in 1,000. Last year, 47 million people stayed in an Enseo-equipped room. In addition to entertainment, the company is trying to help hotels introduce some of these smart devices in an intelligent way.

“We have to be mindful of the unintentional impact of technology,” Ogle told Digital Trends.

As an example, she points to hotels using old-school occupancy sensors to help reduce energy costs. The problem is that a guest quietly sitting at a desk typing on a laptop would trick the sensor into thinking the room was empty and turn off the air conditioner or heater.

“The fact that the hotel system has taken over the thermostat and made a decision for the guest to change the temperature without that guest’s permission, that’s a problem,” Ogle said.

Instead, she thinks it makes sense for a guest to tick a box when booking a room to opt into these kind of energy-saving systems, the way they might skip having their sheets and towels washed to save water and earn reward points through the hotel.

Ogle thinks that any kind of system that’s using this type of technology needs to be opt-in. For one thing, the guest needs to be aware that Amazon’s Alexa is listening, or the temperature may change when they’re not in the room. But if a guest does decide to create a profile, then the room could be set to 70 degrees Fahrenheit, all their devices would connect to the Wi-Fi, and the TV could be ready to play Altered Carbon right when they walk in. Just how tailored the room will be to your tastes will obviously be determined by what devices are installed and what information you’re comfortable sharing with the profile owner — whomever that ends up being.

There’s a bit of a race happening at the moment, Ogle said. Hotel brands obviously want your information, but she thinks a case could made for a third party, such as Amazon, controlling these profiles as well. It may well already know what kind of shows you like, how warm your home is, and probably so much more. Marriott has a variety of hotels at different price ranges, but customers might prefer to be able to set their preferences no matter where they stay.

Another benefit of the opt-in system is that not everyone wants to hand over this kind of information.

She expects to see more legislation, similar to the European Union’s, in the future. But it’s clear to see why hotels, Amazon, and others would want this data. Last year, 48 percent of the guests who stayed in a room with Enseo used it to turn on Netflix and proceeded to watch an average of three hours of content.

“Allowing guests to access their own preferences — and we believe this extends to thermostat as well as television — this is something that’s attractive and innovative and a beneficial experience to everyone,” Ogle said.

It’s been popular enough that Enseo had to put up a page on its site so travelers who enjoyed the experience know which hotel to stay at for their next trip.