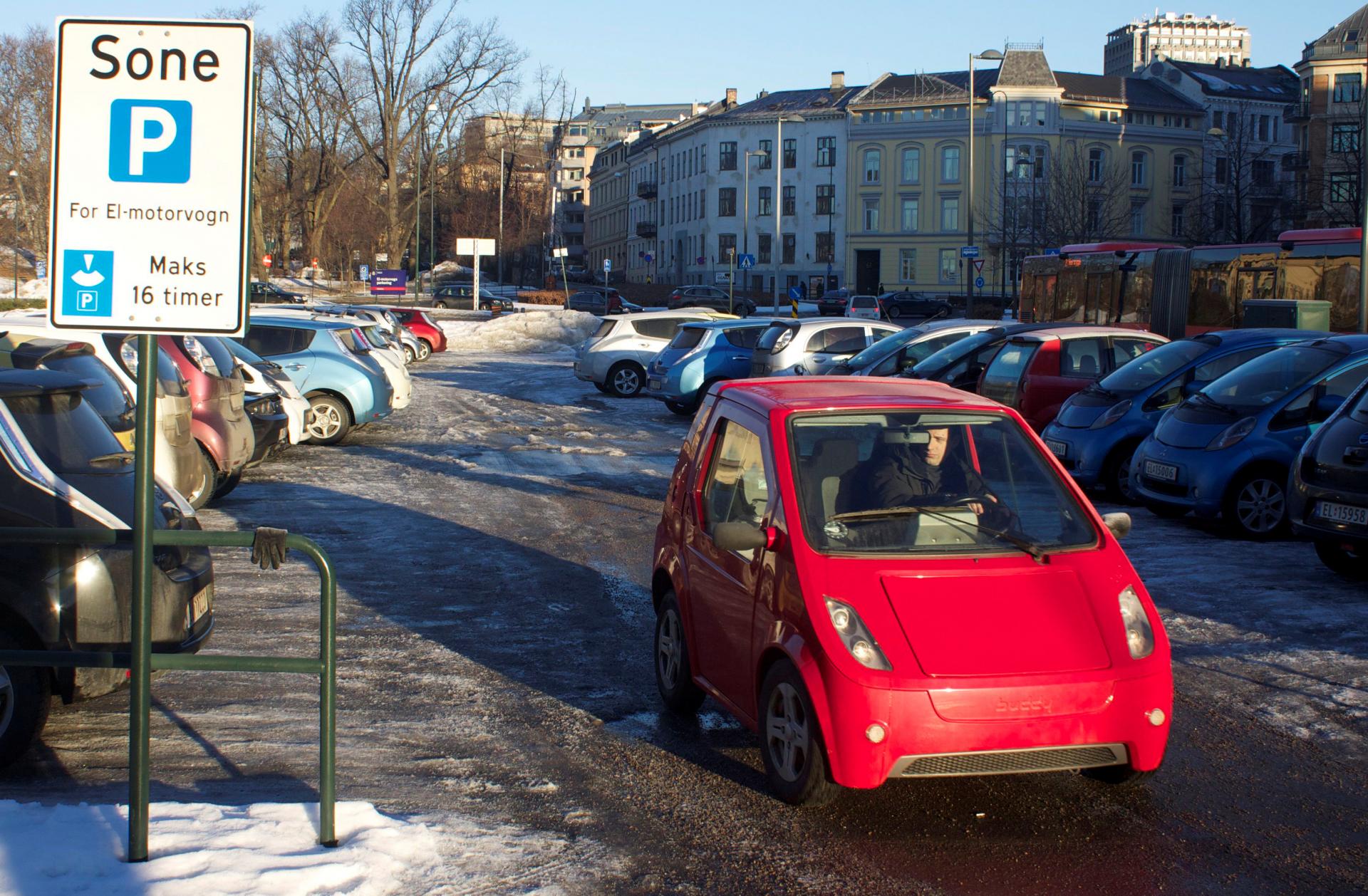 Norway is the world’s biggest per-capita market for electric vehicles, but incentives are being clawed back as Oslo aims to go car-free.

No other country on Earth has bet as big on electric vehicles as Norway, and it’s finally paying off. Half of all new cars sold to Norwegians are either fully electric or hybrid, making the country of 5.3 million the biggest per-capita market for EVs.

Norway’s EV success is owed to both the carrot and the stick. It offers extremely generous incentives to EV buyers, and it punishes people who continue to use gas or diesel cars. Capital city Oslo has made extraordinary efforts to promote EVs, including toll-free roads, HOV-lane access, free parking, and free charging.

“I think you could call it a success, because the density of EVs in Oslo is quite special at the moment: 57 percent of all new cars sold are electric [or hybrid]. The percentage of plug-ins is 12 percent, and battery electric is more than 45 percent,” said Sture Portvik, manager of electro-mobility for the City of Oslo. That helps make Oslo one of the cleanest, quietest cities on the planet.

But as the EV market overtakes gas and diesel cars, a question looms about how long the country will be able to continue its lauded incentive programs. In Oslo, plans to make the downtown core entirely car-free mean the city is starting to roll back some of the freebies it gave to EV owners.

A long history of deep discounts on EVs

What happens when an EV incentive program is so successful that it accomplishes its goal? If you take off the training wheels, can the EV market roll on its own? That’s a question cities, states, and countries around the world are trying to answer.

In the U.S., a popular federal incentive is being phased out for customers of automakers that sell more than 200,000 EVs. But Americans collectively own more than 276 million vehicles—EVs have barely made a dent in the auto market. There are efforts to extend the credit until 2022, although it’s debatable that four more years of the same credit will truly transform the U.S. market.

Norway, meanwhile, wants every single vehicle on road, water, and rail to be zero-emission. Its EV incentives date back to 1990, when the country eliminated the purchase tax on zero-emission vehicles. National and local incentives have only become more numerous and aggressive since then. These discounts primarily come at the expense of gasoline and diesel car owners, who pay higher fees, taxes, parking, and tolls to compensate for all the EVs getting a free—or at least cheaper—ride.

“You could say that the [national] government has made it cheaper for the consumer to buy an electric car (through government-induced tax exemptions), whereas the cities have made it easy and affordable to use,” noted Lan Marie Berg, Oslo’s vice-mayor for environment and transport, in an email to CityLab.

If you take off the training wheels, can the EV market roll on its own?

Considering that the per-gallon price of gas in Norway is at least double what it is in the U.S., EVs are no-brainers for most Norwegians.

“We needed a new car, and the best choice was the EV,” said Vibeke Jarness, an insurance-claims handler whom I met during September’s Oslo Innovation Week. She cited free parking and tax incentives as major motivators for her buying a Tesla. She’s not alone: According to the Norwegian Electric Vehicle Association, all the freebies remain integral to adoption rates, despite the country’s well-publicized decarbonization efforts.

In 2020, however, Norwegians risk losing one of the most important incentives: the exemption from a 25-percent sales tax (VAT) that saves each EV buyer thousands of dollars.

Changing the VAT exemption is just one way EV incentives are starting to get clawed back. Oslo’s electro-mobility manager Portvik says that in 2019, EV drivers can expect a €1 toll on the ring road, higher tolls leading out of the city, and €1-per-hour curbside charging (with parking included).

Until now, EV privileges have been a bit of a free-for-all. Portvik said EV owners are using parking spots reserved for free curbside charging simply to park for the day, even if no charge is needed. People are also opting to use public chargers for free rather than charge at home. The new fees are a way to help rein this in, he explained. And fees for non-EVs will rise, too. “You could say you’re [still] saving the same amount of money” by owning an EV over a non-EV, Portvik offered, since both groups will be paying more than they did previously.