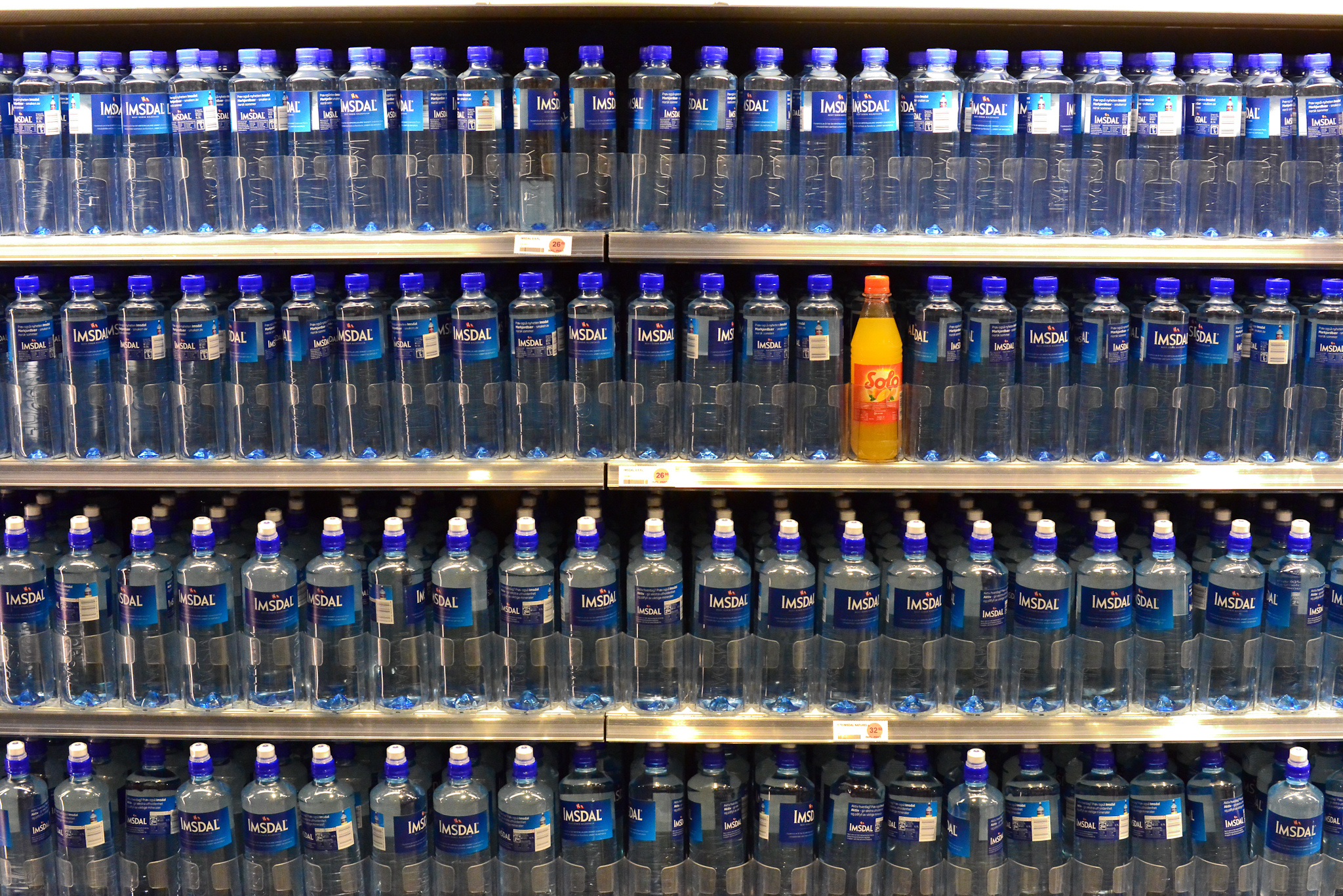 The deposit-based Norwegian approach is an attractive, effective one.

In 2013, Norway made headlines as it grappled with a unique and enviable predicament: a nationwide garbage deficit.

Much like neighboring Swedes, Norwegians sometimes prove themselves to be tootenacious when recycling household waste — if such a thing is even possible. It’s these good habits that resulted in Oslo coming dangerously close to running out of available fuel — that low-in-supply household waste — to supply the garbage-burning incinerator plants used to heat buildings in and around the capital city. (While not environmentally flawless, waste-to-energy power plants are preferable to burning fossil fuels. Plus, they dramatically ease the burden on landfills.)

“I’d like to take some from the United States,” Pal Mikkelsen, director of Oslo’s waste-to-energy department, told the New York Times in reference to potential sources of trash that would help to ease the shortage. He also mentions Ireland and the United Kingdom as two spots that might have garbage-y fuel to spare.

Five years on, the U.K. may not be shipping rubbish by the barge-full across the North Sea. British officials are, however, crossing the sea in an effort to glean information on how to recycle plastics — specifically single-use plastic bottles — more effectively. Never hurts to pick up pointers from a world-class overachiever. (The country’s bottle-recycling prowess is on full display in the below video.)

The Guardian recently profiled Infinitum, the aptly named organization behind Norway’s wildly successful deposit-based recycling scheme. Through the program, 97 percent of all plastic bottled beverages consumed are recycled. Ninety-two percent of these bottles are high-quality, meaning they can be easily be recycled back into bottles filled with popular Norwegian soft drinks like orange-flavored Solo, the alarming-sounding Urge Intense and inexplicable national favorite, Tab X-Tra.

And keeping plastic out of the natural environment is something that the U.K., where only around half of plastic bottles are recycled at most, has been mighty keen on lately.

Borrowing bottles, not buying them

In recent months, the U.K. government and other hallowed British institutions — the BBC, the Church of England and even the monarchy among them — have pledged to put the kibosh on single-use plastics. Scotland even recently became the first European country to enact a full-on ban of plastic straws.

The anti-plastic fervor sweeping Britain is so impressive largely because it’s homegrown. Britons own this and don’t seem content in giving up until measurable change is achieved. (David Attenborough’s widely watched 2017 nature documentary series “Blue Planet II,” which pains a sobering portrait of the havoc wreaked by plastic waste on our oceans, gets a lion’s share of the credit.)

“It is a system that works,” Maldum tells the Guardian. “It could be used in the UK, I think lots of countries could learn from it.”

So how exactly does it work?

As the BBC detailed earlier this year, plastic bottle recycling in Norway is relatively straightforward, not too dissimilar to container deposit programs found in Germany, Canada, Denmark and in numerous states in the U.S.

Consumers pay a per-bottle surcharge ranging from 7 to around 35 U.S. cents. The deposit varies by container size — plus-sized bottles of holiday julebrus will cost you s bit more.

After they’re done with the bottle, consumers are encouraged to pant or dutifully return it to a widespread network of automated machines that are usually located in supermarkets and mini-marts. When a bottle is inserted into one of these reverse vending machines, a barcode is scanned and a coupon for the deposit is spit out in return. Spent bottles can also be returned directly to store employees. Stores are widely believed to benefit from the scheme given that shoppers are returning with empties … and usually buying more stuff with the deposits that have been returned.

“It is fantastic for us. It is a service that attracts people to come here and that means we get more customers and more sales,” Ole Petter, the manager of an Oslo supermarket, tells the Guardian.

This might be a familiar routine or sight to those living in areas with bottle bills and similar schemes in place, which are usually complemented by curbside recycling programs. (Generally, particularly in large cities like New York, the people collecting bottles and claiming the deposits aren’t the ones who purchased the bottle in the first place.) Norway steps it up a notch by imposing an environmental tax on all beverage producers and importers.

As the Guardian explains, if Norway’s plastic bottle recycling rate drops below 95 percent then the tax kicks in. Lucky for these producers, the rate has remained above 95 percent since 2011 — in other words, beverage companies haven’t had to pay the tax. However, the mere threat of being taxed has given them a reason to become actively engaged in the recycling process and ensure that it’s streamlined and efficient to prevent rates from sagging.

“There are other recycling schemes, but we believe ours is the most cost-efficient,” Maldum tells the BBC. “Our principle is that if drinks firms can get bottles to shops to sell their products, they can also collect those same bottles.”

This approach makes sense. For example, American consumers, even those living in states with bottle bills on the books, usually just toss their spent plastic containers into the recycling bin (or trash) without giving it much thought. The attitude in Norway is that consumers are borrowing these bottles and obligated to return them, often to the same point of purchase.

“We want to get to the point where people realise they are buying the product but just borrowing the packaging,” says Maldum.

Infinitum’s high-efficiency recycling strategy is bolstered by cheeky television PSAs (like the one below) that showcase the limitless potential of recycled plastic bottles.

Learning from the pros

So could such a scheme work in the U.K., where placing deposits on plastic bottles is a relatively foreign concept?

As part of a laundry list of sweeping (but somewhat vague in terms of implementation) measures meant to curb plastic waste announced earlier this year, environment secretary Michael Gove mentioned the adaptation of a bottle deposit return program. But as the Guardian notes, details were thin.

A visit to Infinitum’s main recycling plant outside of Oslo late last year from parliamentary member Thérèse Coffey suggests, however, that England might be more than just intrigued by the Norwegian model.

“She was well-briefed and engaged and asked the right questions,” Maldum tells the Guardian. “She understood what we are doing here.”

Coffey hasn’t been the only one to make the pilgrimage. Maldum notes that “high-level visitors” from India, Rwanda, Belgium and China, which kicked off a global panic among recyclers when it began cracking down on waste imports earlier this year, have all come to pick his brain. A delegation from Australia also recently made the long journey to the Infinitum facility.

Referring to plastic waste as a “global menace,” the Infinitum website makes it clearthat visits from foreign delegations are more than just welcome … they’re encouraged.

“We are delighted to share our successful model with the world and help countries effectively battle the waste management crisis,” Maldum says. “Besides, quite often, questions raised by visiting delegates inspire us to make beneficial changes to our existing system as well.”

Before anything’s even been made official in the U.K, , British bottled beverage bigwigs have suggested that if a deposit scheme were to be implemented, it should only apply to small “on-the-go” plastic containers.

Maldum, for one, thinks that this would be a mistake.

“Include all plastic bottles and aluminum cans to start — it won’t work well if you don’t,” he explains to the Guardian. “Get that right and once it is up and running maybe look at glass or Tetra Pak.”

He adds: “And please do it quickly because all the plastic bottles washing up on Norwegian beaches are not coming from us – they are coming from you and the rest of Europe!”

As the U.K. and other countries look to replicate Norway’s bottle deposit program, it should be noted that the Scandinavian nation isn’t completely infallible in the recycling department.

Cheap and abundant virgin materials still rule when it comes to plastic bottle production despite the oil-rich country’s astronomically high recycling rates — only 10 percent or so of plastic used to manufacture beverage containers comes from recycled plastic. To this end, Maldum and his colleagues are working to introduce a complementary “materials tax” that would be advantageous to beverage companies that depend less on virgin materials. The more recycled material that’s used, the further the tax is reduced.

Per the BBC, there are also some Norwegians who simply refuse to recycle. Not surprisingly, this is mainly limited to “youngsters quaffing energy drinks on the run to school.” As a result, many Norwegian schools have installed dedicated plastic bottle recycling bins to discourage bottles from being chucked straight into the trash.

Whatever the case, Samantha Harding of the Campaign to Protect Rural England thinks emulating Norway is the way to go.

“It frustrates me when people say ‘Oh, they only recycle because they’re Scandinavian… in the U.K. we’re different,'” she laments to the BBC. “Well, they’re doing it in Germany too —and states in the U.S. and Canada. Are they all the same, so are we different from all of them?”

“The key is to get an economic incentive — put a deposit on the bottle and most people won’t throw money away.”