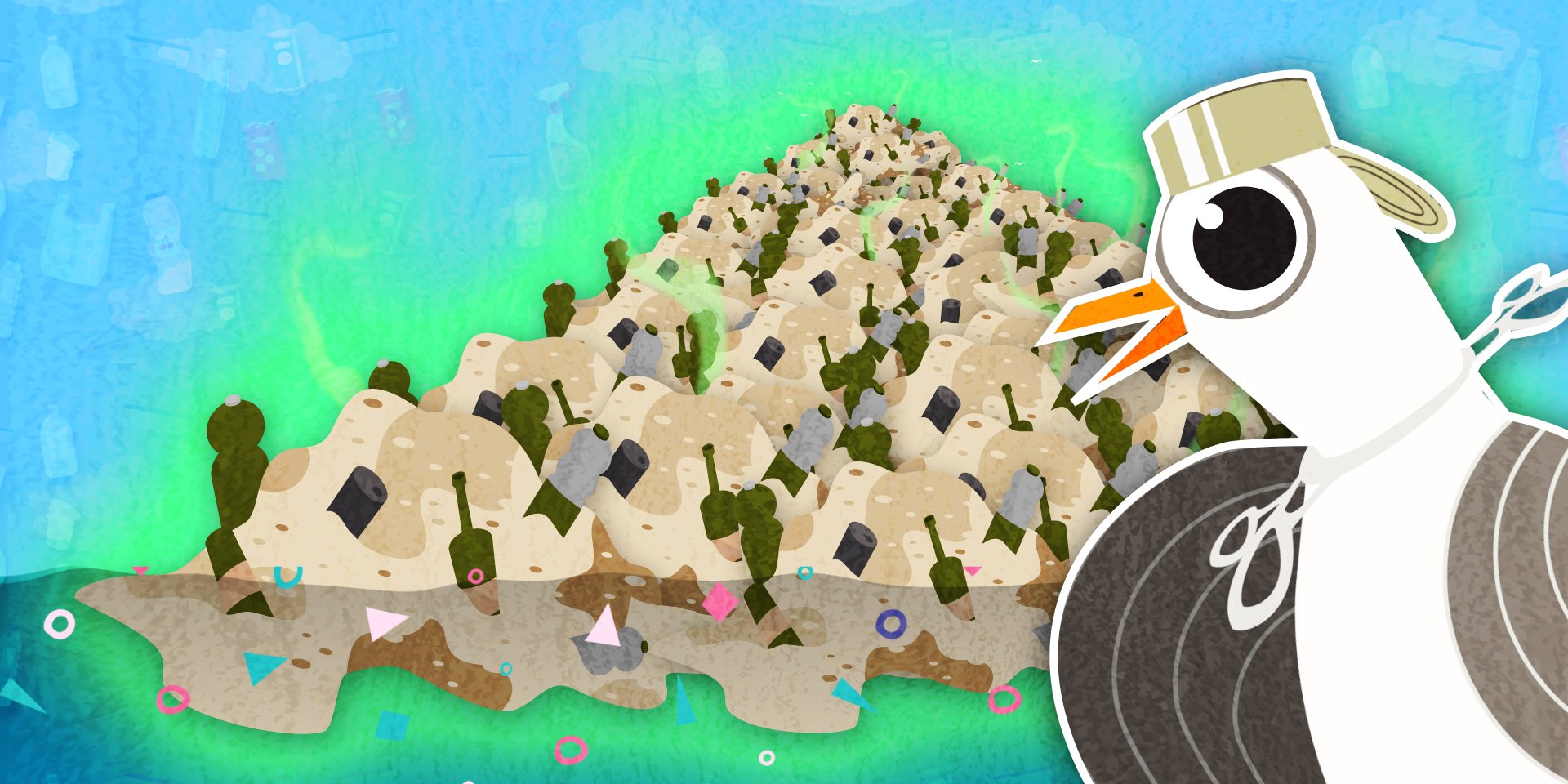 This incredible animation shows what 80,000 tons of garbage in the ocean looks like

Following is a transcript of the video.

The world produces enough plastic each year to build 50 Pyramids of Giza. That’s over 350 million tons of candy wrappers, PVC pipes, and synthetic t-shirts. While most of it ends up in landfills, 8 million tons wind up in our oceans each year — where most finds its way into massive garbage patches around the world.

Half of the entire patch is made of plastic fishing nets, lines, and ropes, which come from intense fishing activity near the area. The other half is mostly hard plastics and films, like water bottles and plastic wrap. But don’t let the name “Great Pacific Garbage Patch” fool you. It doesn’t look like a giant mountain of trash at all. It’s actually scattered over a region of ocean that’s twice the size of Texas, according to some estimates.

So if you wanted to pick up every piece of plastic, it would take you 121 days at a walking pace of 5 km/hr to cover the entire area. Though in reality, there’s no true end since the garbage patch is constantly ebbing and flowing with the ocean currents. But let’s pretend you could scoop it all up into one place. There’d be enough plastic to fill 100 Boeing 747 planes!

And the patch is only getting bigger. It’s been growing exponentially larger for nearly 70 years. Partly because once the plastic is there it’ll stick around for centuries. Those plastic fishing lines, for example, will take 600 years to break down.

And even after they break down, the damage doesn’t stop there. Most end up as microplastics that are too small to see with the naked eye. But can make it into the bellies of sea animals and ultimately the humans that eat those animals. Worldwide, researchers have found ingested microplastics in, every species of sea turtle. Nearly 60% of whale species. And almost 60% of seabirds.

Plus, more plastic is pouring into the world’s oceans each day. In fact, experts estimate that by the year 2050 the amount of plastic in the oceans will outweigh all the world’s fish.

Think about that the next time you toss your water bottle in the trash because the recycling’s full.