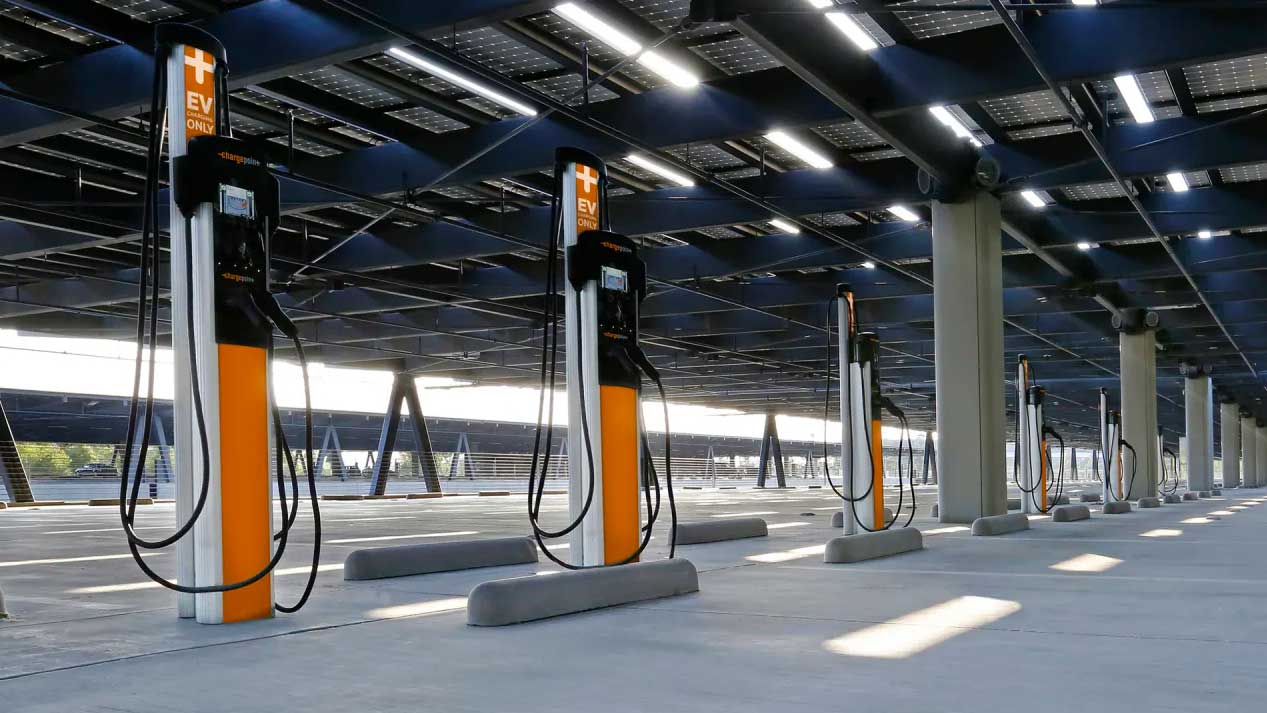 Electric cars still only make up a fraction of a percent of passenger vehicles. But that’s quickly changing. Here’s more evidence of the coming transition: ChargePoint, the world’s largest network of electric vehicle chargers, just secured nearly a quarter of a billion dollars in new funding. The new round of investment comes from automakers, utilities, the oil and gas industry, and institutional investors.

“When mainstream institutional investors start to believe, that’s when you know that it’s not speculative anymore,” says Pasquale Romano, president and CEO of ChargePoint. The Series H funding round, at $240 million, is as much as the company has spent to date in its 11-year history, and will help it significantly scale up its operations.

In September, the company announced that it planned to expand its network nearly 50-fold by 2025, building out 2.5 million charging points for the customers that buy the equipment, from Target stores to Google offices. The infrastructure can expand in time with increased adoption of electric cars. “We only sell, in the U.S., 15 to 17 million cars a year,” Romano says. “If 100% of them were electric tomorrow, it would take over 15 years to turn the fleet over…this can be built incrementally. It has to be built on the back of a business model that works in the private sector.”

For some vehicles, like city buses, it already makes economic sense to buy an electric version. ChargePoint works with those fleets. But for passenger-car chargers to scale up, Romano says governments should focus more effort on incentives to help consumers buy electric cars. “The more cars that show up, the bigger our business gets, because the infrastructure follows the cars.”

Unlike others who argue that putting many more chargers in place is necessary as a first step to encourage more people to shift to electric cars, Romano argues that most charging can happen when cars are parked at home or at work (of course, this doesn’t account for those of us who live in apartments or park on the street, but options for charging at retail stores are growing). The exception, he says, is on highways, where there should be coverage on every major route so people can drive long distances; that network is coming.

One of the company’s investors is Chevron Technology Ventures–one more sign of the fundamental shift from oil to electricity. Royal Dutch Shell acquired another electric charging company in 2017. ChargePoint’s institutional investors include Quantum Energy Partners, the Canada Pension Plan Investment Board, and the Government of Singapore Investment Corporation.

“The scale and the constituency of this round proves, without a doubt, we are at the tipping point or beyond for electric vehicles,” says Romano. “The kinds of investors that are moving into this space…they’re not speculative investors. That’s a wonderful statement for where the whole world is going, because we know what this is ultimately going to lead to. Hopefully it happens fast enough to solve some of the climate issues that we have.”

As the shift to electric vehicles cuts emissions, it will also save money. “One of the biggest consumer expenses is transportation. If you drop the cost of that, you helped the consumer tremendously. One of the biggest costs components for low-cost commodities–food, general things we buy every day–is transportation and energy costs in general. Its built-in cost to the consumer is pretty high. So as we move that more efficiently and we move it down the crossbar, we’re going to actually help society drop the cost of living. And we’re going to solve a big environmental problem.”