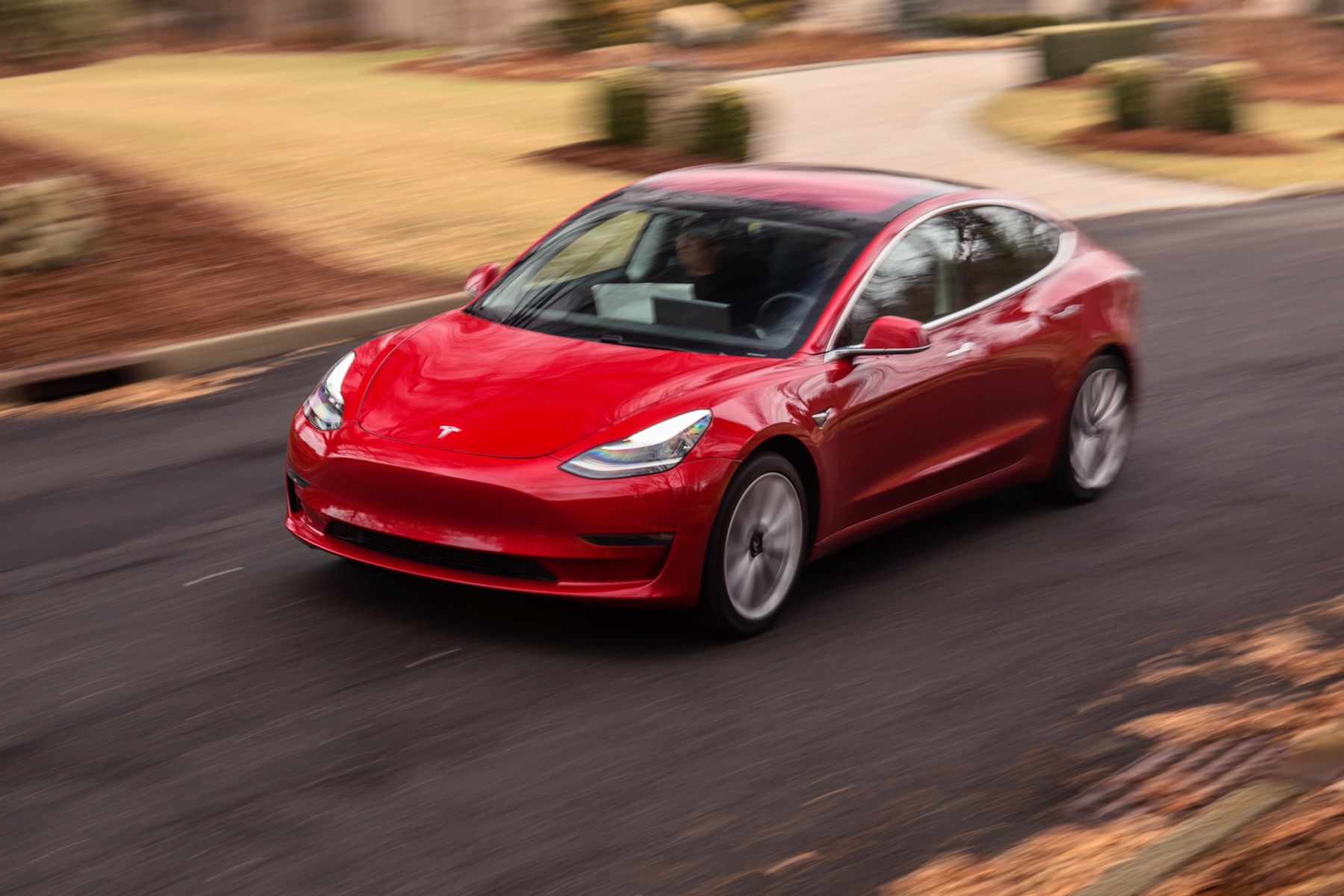 The Tesla story is under pressure — and it should worry investors

But on the heels of a recall last week, along with some other negative news, Munster admits that his patience is being tested.

“[D]o we still believe in the story?” he asks in a research post on the Loup Ventures site. “The answer is yes. Our support is based on a view that the company is uniquely positioned to capitalize on a dramatic shift in auto (computer on wheels), innovate in both EV and autonomy, and usher in a new paradigm of manufacturing efficiencies.”

This is, of course, wrong. Tesla isn’t anymore uniquely positioned than Waymo and Jaguar, which announced a self-driving-vehicle partnership last week, or General Motors, which has been selling thousands of all-electric Chevy Bolts, a sub-$40,000 car that the automaker rolled out in 2016, more than a year ahead of the Tesla Model 3.

Tesla is part of a transportation ecosystem where a tremendous amount of experimentation and investment is taking place. And in the grand scheme of things, Tesla is a minor player. Yes, it attracts outsized buzz due to the celebrity of CEO Elon Musk. But this is a carmaker that took 15 years to break the 100,000-cars-per-year production barrier.

Tesla is also a carmaker that fans see as both disruptive and embattled, which is also wrong. A company selling 100,000 vehicles annually, at an average price of $100,000, isn’t disrupting anything. Rather, it’s adding to the mix of luxury vehicles in the market.

Nor is Tesla under assault by competitors. In fact, the rest of the auto industry — contrary to what Musk often says about traditional companies wanting to kill Tesla off — is happy to watch Tesla take all the risks involved with electric vehicles and admires the emergence of a brave, new brand.

Tesla enthusiasts such as Munster, however, find themselves in a weird position. Profitability has long been a measure of success in the auto industry, which is hugely capital-intensive. But Tesla has never really made any money. Growth in the car business is determined by sales, but with the exception of China, sales growth is constrained in most markets. But Munster thinks Tesla could be selling 11 million cars a year in just the US, a 65% share in a market where the biggest company, GM, now has less than 20%.

Consequently, Tesla boosters have concocted a story that entails a radical remaking of mobility and how we relate to automobiles. This goes miles beyond Tesla commercializing a propulsion technology that’s been around for over a century. I’d even wager that to call it a “story” is quaintly misdirected. At the extremes, it’s a fantasy.

A lucrative fantasy, as it turns out. Even with Tesla’s stock swoon of the past month, down close to 30%, if you’d bought after the 2010 IPO, you’d still be sitting on a nearly 900% return. For eight years, Tesla has been a great way to trade to the future.

It is worth it to know when a fantasy or a story is colliding with reality and becoming something else. From Tesla’s point of view, the cars aren’t even the full tale: ever since late 2016, when Tesla acquired SolarCity, the firm has been a holding company with an integrated vision about sustainable energy. Electric cars are just one piece of that strategy.

But for the moment, Tesla is still overwhelmingly a car company because that’s where the money is being brought and being spent. And that aspect of the narrative is the one that’s coming under tremendous pressure.

An information vacuum for investors

Why? Simple: investors have nothing else to go on. It’s easy to tell how Toyota and GM are faring. Just look at how much money they’re making, what their return in invested capital is, how many assets they have, and how much cash they’ve stocked away to weather a sales downturn.

Tesla won’t even tell investors how many vehicles it’s selling every month — we have to wait until the close of a quarter to get those numbers — and the earnings reports every three months are simply opportunities to assess how much money the company is losing, and to get updates on ambitious production targets that aren’t being met.

The cars are cool, Musk is an exciting personality, and Tesla has ridden a story that’s very much of Silicon Valley and its values, rather than the more plodding, execution-based narrative that Detroit has cranked out for decades. But ultimately, the Tesla investment narrative is starved for meaningful plot points. That why Munster can have a minor crisis of confidence over something as trivial as a power-steering recall — a defect that a big carmaker would deal with in a month and move on.

Actually, this is the only really unique thing about Tesla. If the company beats expectations by a few thousand sales, the markets go bonkers. Accidents can send the stock into a tailspin. The fundamentals are objectively not very good. Lately, all anybody wants to talk about is the company’s financial situation, which, technically speaking, isn’t that far from bankruptcy (despite that, bankruptcy is unlikely, for now).

Meanwhile, there are plenty of wonderful stories coming out of Tesla that have nothing to do with computers on wheels or how seductively unique the company is. The Model 3 has been a struggle, but the Model S and Model X luxury business is actually pretty solid. Tesla is nowhere near what Waymo is doing with self-driving tech, but its Autopilot technology is, with Cadillac’s Super Cruise system, the best cruise control money can buy.

It causes me pain to see the good Tesla story subsumed by the need to push this nonsensical, world-changing fantasy to ever-more-skeptical investors. Tesla has been a great tale for a decade and a half. It can stay that way without taking over the world.