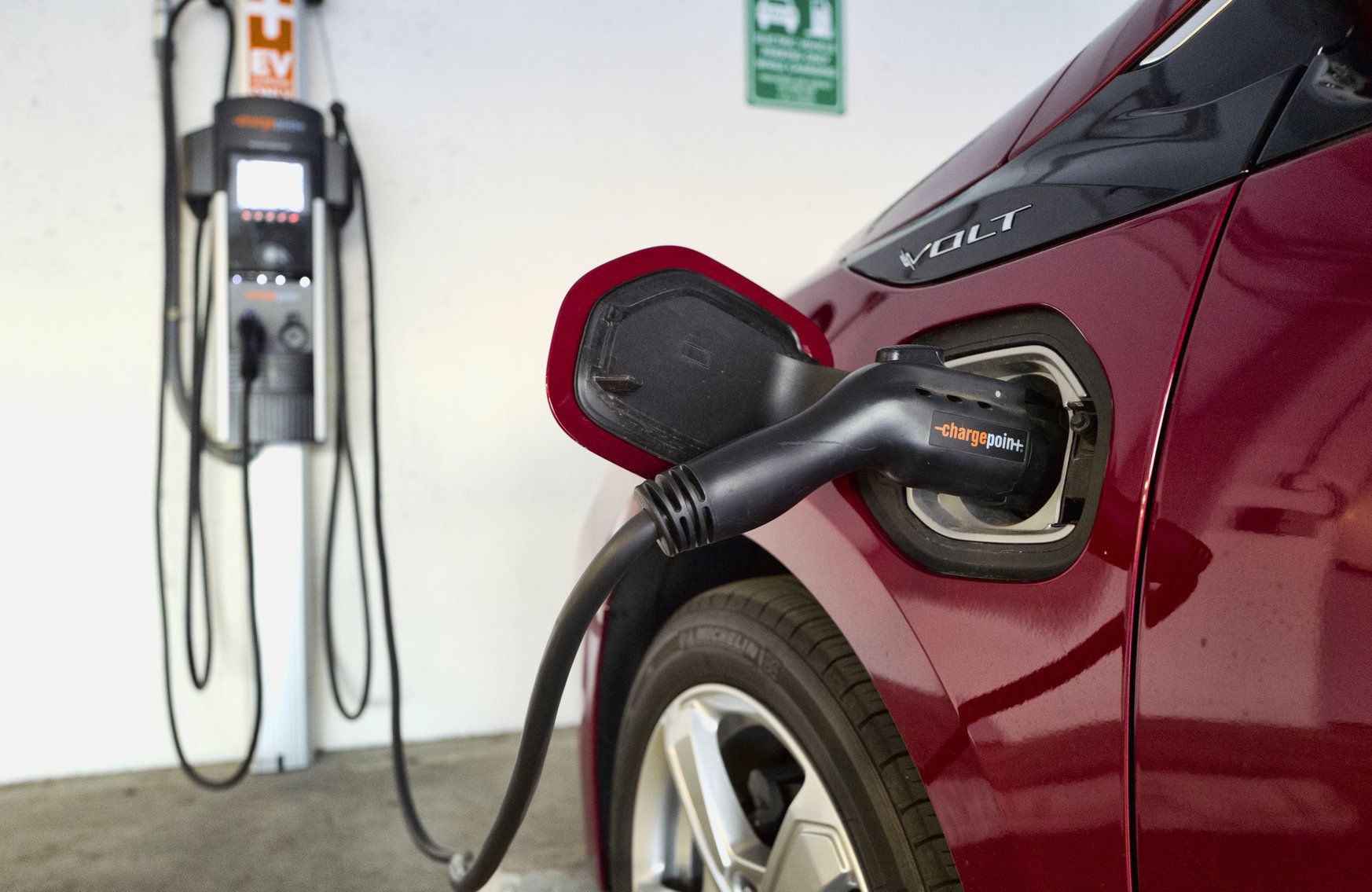 The Problem With Switching to Electric Cars

Earlier this month, in their seven-hour climate town hall, CNN had its anchors put the same incredulous question to the 2020 Democratic presidential candidates: Are we all going to have to drive electric cars now?

The short answer was: Yes, indeed, and quickly. “We have to take combustion engines vehicles off the road as rapidly as we can,” Vice President Joe Biden said. Senator Bernie Sanders called for “heavily subsidizing the [electric vehicle] industry.” Senator Elizabeth Warren expressed her goal to switch all light-duty cars and trucks to electric power by 2030, following the blueprint laid out by erstwhile climate candidate Governor Jay Inslee. (Senator Kamala Harris sets her EV objective to 2045.) And entrepreneur Andrew Yang responded to Wolf Blitzer’s question with his typical techno-optimism. “Electric cars, it’s not something you have to do. It’s awesome,” Yang said. “You feel like you’re driving the future. And I did not just say that because Elon Musk endorsed me just the other week.”

There’s a problem with that rosy response: If Americans drive their electric cars anywhere near as much as they do with their current gas-guzzlers, it would cancel out the carbon reduction brought on by electrification.

The lines drawn for climate activists have become much sharper on reducing emissions. With the Intergovernmental Panel on Climate Change (IPCC) giving the world about a decade to switch over to an emission-free future, de-carbonizing transportation now has a CNN-countdown-clock-level urgency. Still, the Democratic candidates remain vague on how to they will fund or build a carbon-free transportation network.

Part of that story is actually a success: Electricity generation used to hold the dubious honor of being the biggest contributor to climate change, until the combination of advancements in wind and solar and cheaper natural gas gave cleaner alternatives to coal power. Indeed, carbon-free transportation will eventually require a carbon-free grid, with that latter goal set by 2045 or 2050.

With 75 percent of Americans still driving to work by themselves, changing over to electric cars looks like a promising step for reducing emissions. But a host of timing and technical challenges stand in the way. Electric vehicles accounted for just two percent of the 5.3 million cars sold last year, and Americans are holding on to their cars longer than ever; at current rates, it would take about 15 years for the current 263 million vehicle fleet to turn over. Ramping up EV sales would require radically ambitious incentives. Many EV skeptics note that the vehicles themselves are resource-intensive to manufacture, and electric cars take about twice as much energy to build than a traditional internal combustion car. And before mass electrification of cars and decarbonizing the grid, Americans will need to reckon with two big facts: The population is growing and people are driving more.

Just look at California, which has been battling the Trump administration over raising fuel economy standards. Last Thursday, the federal government revoked California’s waiver to require auto fleets to get 51 miles to the gallon by 2025. And on Friday, California and 22 other states, along with D.C., and the cities of Los Angeles and New York City, sued the Trump administration over their right to set pollution limits, as the administration eyes freezing the federal fuel standards to 37 miles to the gallon. In California, 41 percent of the state’s greenhouse emissions are transportation-related.

Even with increased fuel efficiency, climate targets prove difficult to reach. Since 1990, the state’s Corporate Average Fuel Economy (CAFE) standards have helped reduced tailpipe emissions by 5 million metric tons, and fuel efficiency has grown by 35 percent from 1990 to 2016. But emissions still rose by 21 percent over that period. Why? Because driving—as measured in vehicle miles traveled, or VMT—increased by 50 percent, more than cancelling out the technological gains.

“The easiest and cheapest thing to do is drive just a little bit less. We could do that today.”

“California expects to have 50 million people by 2050, we’re just shy of 40 million today,” says Steve Cliff, deputy executive director of California Air Resources Board (CARB). “If VMT were to grow at the same rate relative to today, it would be completely unsustainable—not only from a climate and air-quality perspective, but for congestion and fiscal obligations, too.”

To reduce the state’s carbon emissions from transportation another 20 percent by 2035, CARB outlines three things that need to happen: more electric cars, greater use of less-carbon-intensive fuels, and fewer miles driven. That means putting about 5 million electric vehicles on the road, reducing carbon intensity of fuel by 20 percent by shifting to renewable sources such as hydrogen and biodiesel, and reducing driving by about 20 percent.

But that last part doesn’t have to sound so daunting. CARB estimates each Californian would have to reduce their average daily VMT by 4.7 miles*—a small shift for the average 23 miles person driven daily in, say, the Bay Area. “This translates into something like, for [someone who commutes by car], taking transit one day a month, or riding a bike one day a month, or carpooling one day a month,” Cliffe says. “Those are all fairly straightforward options, but it needs to be convenient and it needs to not be seen as taking away or curbing people’s ability to get around.”

With 46 percent of vehicle trips under three miles, reducing VMT could be sped by infrastructure and public transit improvements that encourage more people to take trips without a car. “Electrification is important,” says Scott Goldstein, the policy director of Transportation For America (T4A), a program by Smart Growth America that pushes for more state and federal investment in public transportation. “But if you trust the scientists who say we have only 11 years to avoid the worst effects of climate change—not to stop it but just get it under control—then we can’t wait until 2030.”

Urbanization itself reduces driving. To that end, T4A argued last week that federal funding that expands roads instead of improving transit undermines progress on climate policy. One study found that urban Millennials travel on average 24 miles per day by car, compared to 35 miles a day among rural peers. And more densely developed housing means fewer vehicles miles traveled per household, so rethinking land use—and resisting sprawl—has to be part of any decarbonization regime.

“The easiest and cheapest thing to do is drive just a little bit less,” Goldstein says. “We could do that today. We could build our communities, suburbs, and cities to be safer, more convenient for people to get around without having to drive. You can build downtowns where you only have to park once. Or breaking up big roads with smaller streets can reduce the length of driving trips.”

Reducing the number and length of trips doesn’t even have to involve a complete overhaul of suburban car culture overnight. Small tweaks can help. “It can be something as simple as creating more cross streets in a suburban development, so people don’t have to drive the whole way around,” Goldstein says. “Or a grocery store can build parking behind the store, away from the street, so people are more inclined to walk in rather than drive.”

Electric vehicles could have an important role to play in this transition. While Minneapolis famously undid its restrictive single-family zoning laws in a bid to boost residential density, it is also teaming up with St. Paul to launch the first municipally owned electric car-sharing system in the Twin Cities, one designed to complement transit and lure commuters out of their cars.

“We really think car-sharing will shed single-occupant, self-owned cars and postpone the buying of an individual vehicle,” says Will Schroeer, the executive director of East Metro Strong, a transit advocacy group in the Twin Cities. “One shared vehicle takes about eight to 11 private cars off the road.”

Schroeer also sits on the board of Hourcar, the nonprofit that operates the city’s car-share program. Their EV service is set to go live in 2020, with a network of 70 public EV charging stations and a fleet of 150 battery-electric vehicles close to transit stops and mobility hubs. The idea is to quickly get more people to drive a lot less. And when they do drive, they’ll be doing it in a (rented) zero-emissions vehicle.

“Once you don’t have the car in your driveway, you tend to walk or you ride transit, or the more you trip-chain and use a car for less of your journey. ”