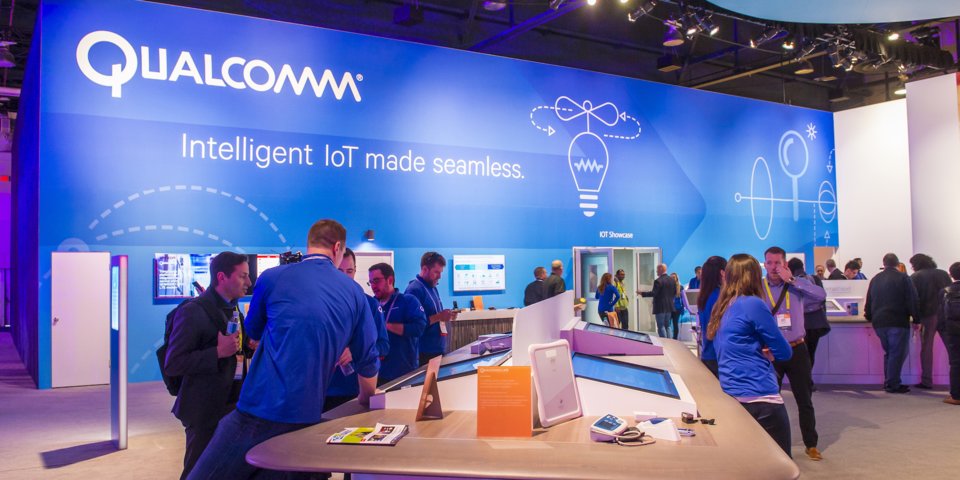 The president of $85 billion Qualcomm explains his master plan for growth, 4 months after Trump blocked its takeover by Broadcom

Qualcomm makes the processors that power almost every smartphone, but it thinks it can be so much more. Its ambitions to grow beyond its bread-and-butter mobile business, however, have hit several challenges along the way — some of them coming from the White House.

It’s been nearly 21 months since Qualcomm, the $85 billion San Diego-based semi-conductor company, announced plans to acquire its Dutch competitor NXP for $47 billion. In the meantime, the US entered a costly trade war with China which has put Qualcomm’s strategic acquisition in a non-stragegic position as a pawn in the game of global diplomacy. After getting the thumbs up from eight different global anti-trust regulators, the acquisition has stalled pending China’s approval.

The company continued to face even bigger battles in 2018. It fended off a hostile take over by competitor Broadcom; faced an on-going patent infringement court battle with Apple; and laid off a chunk of its staff in an effort to reduce its expenses by $1 billion.

Now, the company needs to prove to shareholders — and the world — that it can overcome all these hurdles, holdups, and hiccups. That’s why it’s doubling down on its product strategy, as it works to reestablish itself as a major player in the chip market, with or without NXP.

“It’s been close to two years that we’ve been waiting the NXP acquisition, and a lot has happened in two years,” Cristiano R. Amon, president of Qualcomm, told Business Insider. “We had built a diversified business already. NXP accelerates that strategy. It does not bring a new strategy, it just makes it bigger and faster.”

Mobile could shrink to half of Qualcomm’s revenue

Qualcomm made its name selling the semi-conductors that made smartphones possible. But its current product strategy is to go beyond mobile phones and expand its business in adjacent fields such as connected automotive, laptops with cellular internet connection, wifi networks, and virtual reality headsets.

“Think of us as everything wireless,” said Amon, who described Qualcomm’s focus as “high-performance, low-power computing.”

Amon wants to see Qualcomm’s revenues reach a point where half comes from mobile devices and half from other kinds of gadgetry. But it has a long ways to go.

While Qualcomm continues to develop its smartphone processors, mobile growth has also slowed in recent quarters due to the saturation of 4G cellular technology. But Amon expects that things will pick up once 5G devices are released in the Android ecosystem in the first half of 2019.

By 2020, Amon expects 5G smartphones will be mainstream, which means good things for Qualcomm’s bottom line, as manufacturers come back to the company for cutting-edge new wireless chipsets.

“As we expect users to get addicted to the speeds, to unlimited data rates,” Amon said, “we expect that the industry could go back to growing double digit rates by 2020.”

Virtual reality goggles are the next big use-case

Qualcomm’s next big market is virtual reality and augmented reality, which the company combines under the banner of “XR,” or “extended reality. “

In May, Qualcomm announced a new XR chipset called the Snapdragon XR1. It includes everything you need to power a VR headset, including the WiFi antenna. But it doesn’t have a cellular modem. At least, not yet.

In future versions of these chips, that could change. Amon expects to see a boom in VR and AR once 5G is more widely available, and the headsets become less bulky and more elegant for users to carry around.

He thinks small chips that use less energy will allow these devices to eventually look like your everyday eyeglasses. People may find themselves wearing cellular-connected augmented reality glasses that give them everything from news alerts to info about how much gas is in the tank while driving a car, he says.

Eventually, everything will be connected

Outside of the mobile universe, Qualcomm envisions a world of Internet of Things (IoT) devices that connect to the internet as quickly and reliably as a cellphone.

The move to 5G, combined with the push towards unlimited data, open up new doors for connected devices to have always-on internet connections the same way smartphones do. Already, Qualcomm has seen some success in the wearables market, where 80% of Android smartwatches use Qualcomm’s Snapdragon Wear chips, including the LG Watch Urbane.

Down the road, particularly if the NXP acquisition goes through, Amon said that Qualcomm could grow its presence in the industrial IoT space, powering automated machinery and other large devices.

“5G will bring the capability to have mission critical services — you never had in wireless the ability to support industrial grade internet, and you can use this now within enterprises and manufacturing sites, and create a whole new industry for cellular beyond smartphones,” Amon said..

Two other growth areas for Qualcomm are networking, which is a unit that focuses on bringing high-quality WiFi connections to homes and offices, and connected laptops that are constantly on cellular networks just like smartphones.

Its first laptop processor was released in June 2017. A year later, 16 telecom operators around the world started providing connectivity to these chips, including T-Mobile, Sprint, AT&T and Deutsche Telekom.

The latest edition of that chip, the Snapdragon 850, was announced in June. This chip will make its debut in a Samsung-made Windows 10 machine, though details of that particular computer are still yet to be revealed.

One area of growth that Qualcomm already considers a success is its work with automotive partners.

In April, CEO Steve Mollenkopf revealed on an earnings call that Qualcomm has a $4 billion backlog in orders from automakers and suppliers who have committed to using its processors in their designs. That’s up $1 billion from January, when Qualcomm revealed $3 billion in back orders.

“This is the one that has been a pretty big success story,” Amon said. “We engage with of the top global 25 brands in the automotive market. We’ve engaged with over 15 now to design the dashboard and the infotainment. That has been a very successful new market entry.”

Qualcomm’s 15-year-old auto portfolio includes chips for telematics — tools like in-car emergency assistance or GPS tracking in case a car gets stolen. It also sells processors to connect cars to Wi-Fi and Bluetooth.

But in the last four years, the company has increased its focus on car infotainment systems. As of January, infotainment sales accounted for $1 billion, or one-third, of the company’s automotive backlog.

And if the NXP deal goes through, Qualcomm will gain an even a greater foothold in the space. NXP has a large presence in non-connective automotive semiconductors that back features like car control and safety features, which Amon said could be combined with existing Qualcomm products.