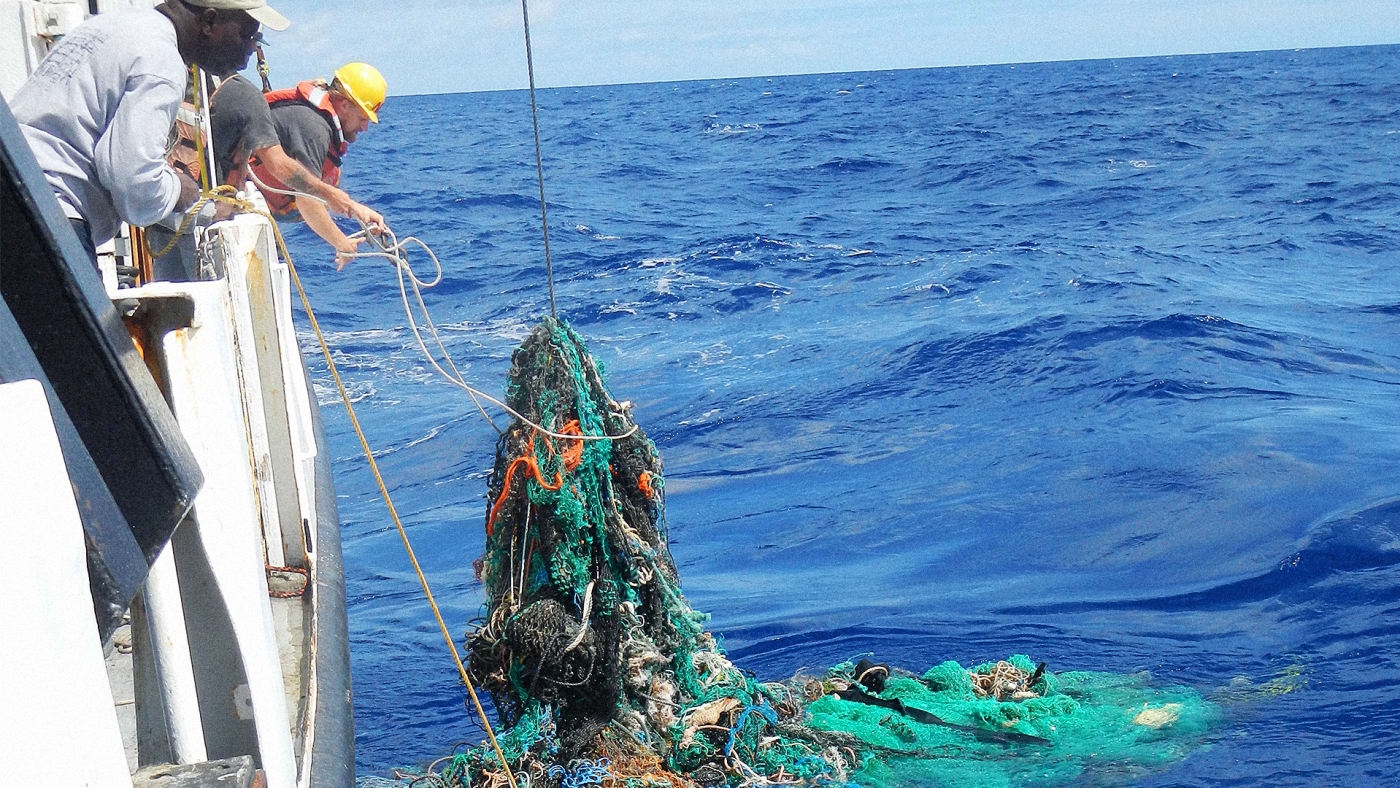 Before starting its enormously ambitious mission, an organization devoted to cleaning ocean plastic first had to understand the problem–and it’s bigger than anticipated.

The world’s most famous garbage dump is filled with even more waste than we thought. The Great Pacific Garbage Patch–long an icon for our consumerist, waste-producing culture–is up to 16 times larger than previous scientific estimates, a new, comprehensive study says.

Sitting midway between California and Hawaii, the GPGP is an accumulation of plastic and fishing nets formed by a naturally-occurring gyre: a vortex of tidal movements that collects trash into a single distinct area. The new study, conducted using a mix of sampling and aerial observation techniques, was overseen by the Ocean Cleanup, a well-funded Dutch non-profit and involved six universities. The study is published in Nature, a peer-reviewed journal.

The trash patch spans an area three times the size of France and contains 1.8 trillion pieces of plastic, weighing 80,000 metric tons. That’s the equivalent weight of 500 Boeing 747s. Most of the pieces are “microplastics”–ground down fragments–though nearly half the weight comes from “ghost” fishing nets. Other visible debris includes plastic bottles and bottle tops, lids, bags, and umbrella handles.

The Ocean Cleanup has been developing massive booms that collect waste by exploiting the water’s natural currents. The “artificial coastline” concept is the brainchild of Boyan Slat, who first proposed it in a TED talk when he was just 17. He’s since put together a multi-skilled team in the Netherlands and raised millions in funding via crowdfunding and Silicon Valley philanthropists, like Salesforce.com’s Marc Benioff.

The nonprofit plans to start collecting trash this summer, working out of Alameda, near San Francisco. Joost Dubois, a spokesperson, says the latest test boom, measuring about 325 feet, is being assembled now. A second, about 2000 feet long, will venture into international waters in mid-May. All being well, it will be set free and start going to work in July, with the first trash brought back to shore in the Fall. The booms will be one mile long eventually and capable of collecting 90% of the debris estimated to be in the GPGP, Dubois says.

The Ocean Cleanup has enough funding to see the project into 2019, he says. It plans another funding round when it starts bringing trash ashore. None of the waste will go to landfill. The plan is to recycle it into high-end consumer goods, like sunglasses, not yet more single-use items.